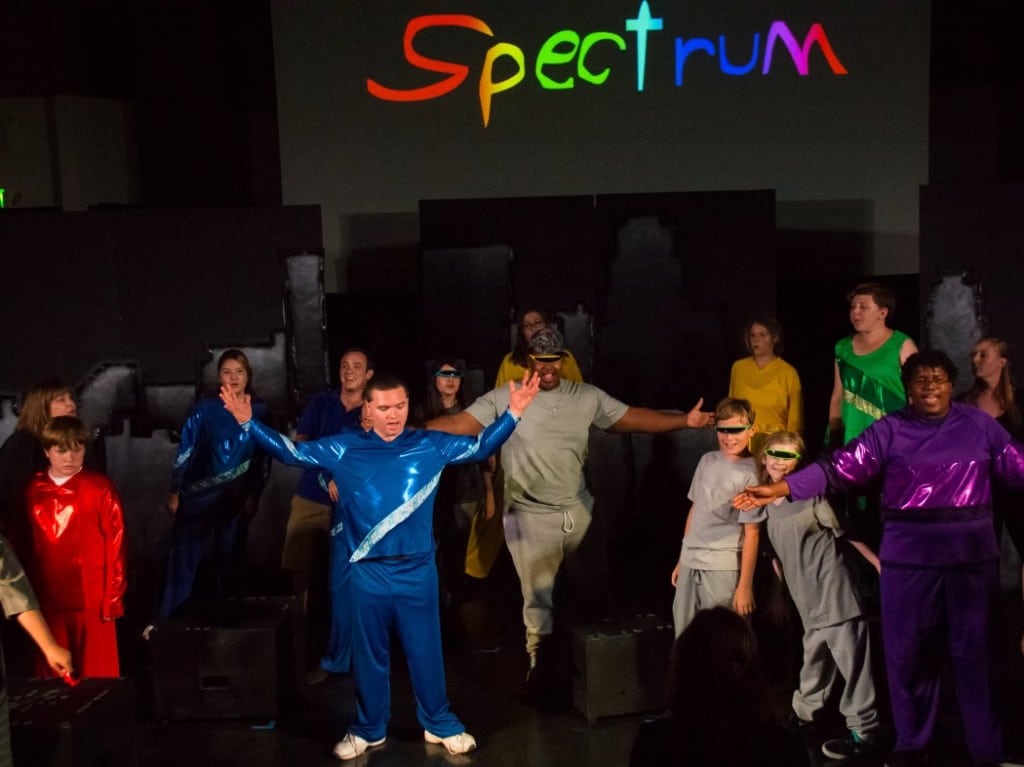 ‘Joining the Spectrum’ was created by teens from The Miracle Project and CSUN’s Teen Drama Workshop. PHOTOS COURTESY THE MIRACLE PROJECT AND THE SMITHS

I don’t know much about autism, but I’m hearing phrases such as “on the spectrum” and “high functioning” more and more often. When I gave birth to my first son in 2008, the U.S. Centers for Disease Control and Prevention was reporting that one in every 150 children had autism. Today that number is one in 68.

Parents of children on the autism spectrum might worry about their child’s differences, but a program called The Miracle Project celebrates them. Created by former acting coach Elaine Hall, the project brings neurotypical teens and teens on the autism spectrum together on stage, and teaches them how to express themselves in creative, nonconventional ways.

The Miracle Project partnered with CSUN’s Teen Drama Workshop July 11-17 to put on a play called Joining the Spectrum. I took my 4- and 6-year-old sons to see the production, and they were already getting frisky during the introduction – when we learned the entire musical was put together in only three weeks – but I needn’t have worried.

As soon as the lights in the theater dimmed, my rambunctious boys stilled, mesmerized by the colorful costumes and animated performances. As the show progressed, I noticed myself trying to identify which teen belonged in which group – neurotypical or on the spectrum. And the painstaking choreography was exhilarating to watch, even through the tears that kept trying to block my vision. 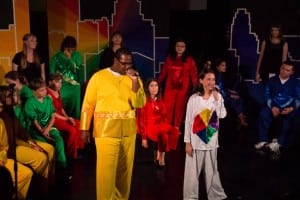 In ‘Joining the Spectrum,’ a young girl enters a video game world full of different colored lands that she must save from the Masterminds.

Joining the Spectrum is about a young girl named Mavis who receives a popular video game called “The Spectrum” for her birthday. The futuristic game allows her to interact with the game elements in person, visiting the different colored lands and meeting the distinct personalities represented by each color group. When four evil villains called the Masterminds plot to sabotage the color groups and shut down the game, Mavis must save each color land from doom. During the course of her heroics, she learns about the unique beauty of the individual colors that make up the rainbow spectrum through their songs and dances.

I was amazed this had all been created in just three weeks. “When we started,” says co-director Jason Weissbrod, “all we knew was we had a land with different colors. The kids created the rest by telling us what kind of characters they wanted to play, and even wrote the songs that told the story.” They did this during Miracle Project classes in improvisation and song writing. Weissbrod videotaped the improv sessions, then pulled an all-nighter with Hall’s husband, Jeff Frymer, and Ryan Berman to weave together the students’ ideas and write the script. Musical director Garth Gerber then worked through the songs the kids wrote to frame the instrumental accompaniment.

“This program has empowered these kids and made them more social as a result. Some are even auditioning for their own school plays now,” says Weissbrod. 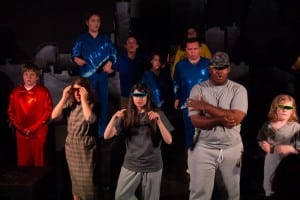 The production was created by Miracle Project participants in just three weeks.

Teen Spencer Harte found her voice during participation in The Miracle Project, and her mother, Jill Creter Harte, says they couldn’t have discovered the program at a better time. “I was going through treatment for breast cancer,” Hart says. “Spencer was 8 years old and couldn’t express any of the frustrations she was experiencing and it was really hard.” The Miracle Project gave Spencer a healthy way for her feelings to come out.

Spencer says that when she learned she would be participating in the program she felt “boo hoo nervous” and her “stomach was twisted.” But then, a few years into the program, as she was watching The Phantom of the Opera on television with her family, she suddenly started to sing in a beautiful operatic soprano. Now she uses her voice to enhance The Miracle Project’s musicals. Harte says Spencer has developed friendships she never had before. Just like any teenager, she calls her friends, Facebooks and texts them. Sometimes, even a quick “hello” text helps her feel connected, which is something Harte says Spencer never had before participating in The Miracle Project.

“There are so many things available in the autism community, but if I could only have one thing, this would be it,” says Harte.

Hall told me that one boy named David, when he first started with The Miracle Project, kept covering his face and saying he was “going home, not coming back.” Soon, however, they discovered his talent for piano, which opened the door for him to start exploring his ability for self-expression.

But The Miracle Project isn’t just a miracle for kids with autism. It exposes neurotypical teens such as Joey Nadler, who played one of the evil Masterminds in Joining the Spectrum, to new situations. “He was working so closely with the autistic teenagers that he saw how they reacted in ways he may not have previously understood,” says his mother, Gail Nadler. “But through constantly interacting with them, he learned to respect their boundaries. They all became friends and they all helped each other out.”

The end of the play brought the audience to its feet. I kept wiping tears as all the actors on stage sang a song called Dreamcatcher, written and performed by Dominique Brown, who has autism. 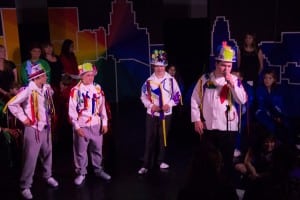 A new session of The Miracle Project will begin in the fall.

One boy, Dash Chandler, who played Neuron, had a “shadow” guiding his hands and helping him with his lines. He wrote this on his iPad, summing it all up:

All the colors of the spectrum can come

together and become a rainbow

of love and acceptance.

Freely, each of us has our own worth –

we dearly need to shine.

As a group, we are truly stronger

Together we can make a difference in building a

better society – one of kindness,

The next session of the Miracle Project begins in the fall. For details, visit www.themiracleproject.org. 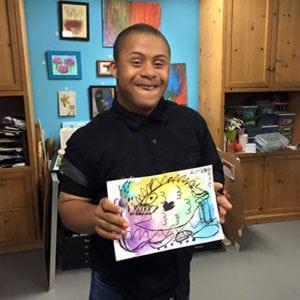 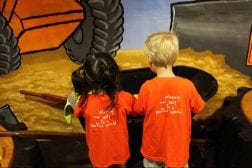 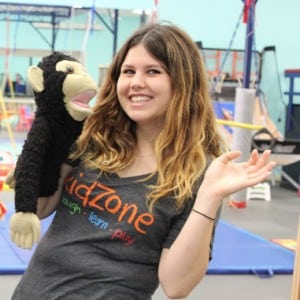 A New Place to Play in the West Valley 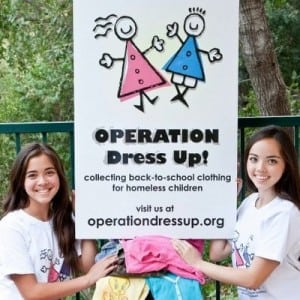 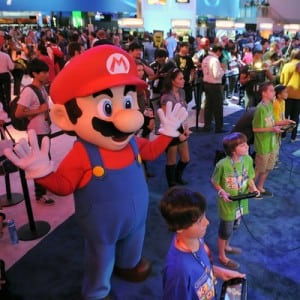