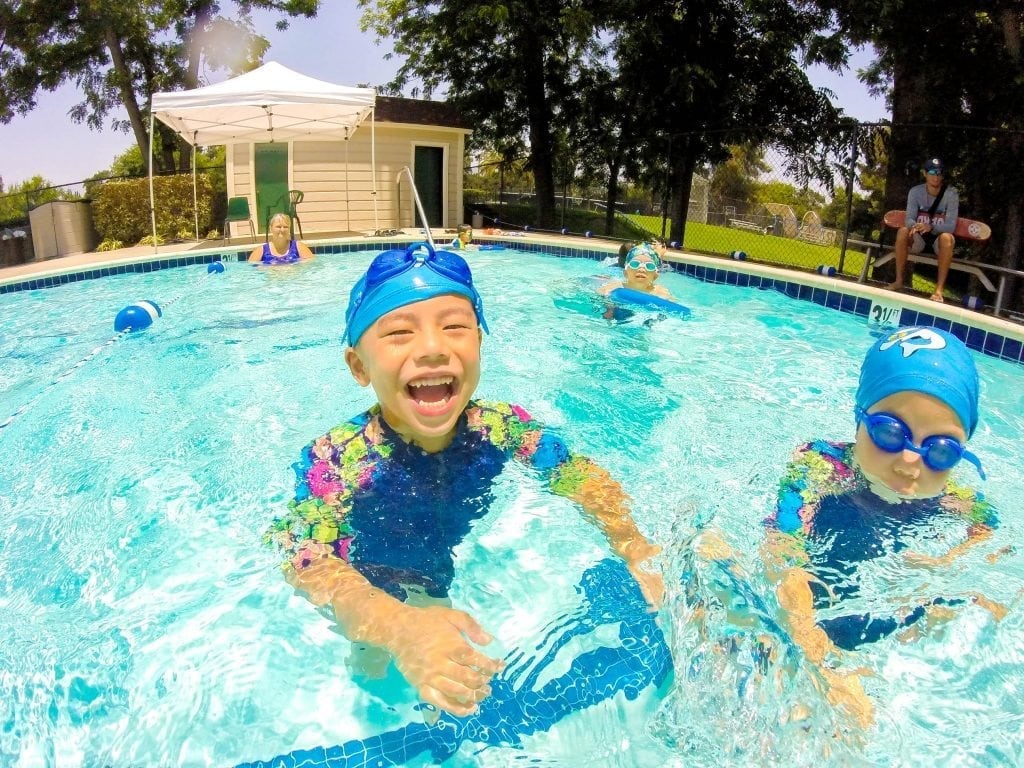 Got a kid with a passion for the pool? Make sure swimming is an activity at your camp of choice. PHOTO COURTESY CLAIRBOURNE SCHOOL

On a Saturday morning in early February, hundreds of families flooded the campus of Westridge School in Pasadena. Some drove from as far away as Santa Clarita, while others walked just a few blocks from home (a good idea, because parking was at a premium).

The draw? The Westridge Summer Opportunities Fair, where 117 organizations set up tables in the gym and around campus to show families what they’ll have in store for kids once school is out.

With 27 years under its belt, Westridge is the granddaddy of SoCal camp fairs. It’s the first in the annual string of camp fairs that happen in the L.A. area between February and April. In late February, Bel Air Camp Fair took place at Roscomare Elementary in Bel Air. In its second year, this fair hosted about 30 camps. Still to come are fairs on March 11 at UCLA, April 14 in Thousand Oaks and April 22 in Calabasas. Like the Bel Air Camp Fair, the Calabasas fair is in its second year, with the UCLA and Thousand Oaks events making their debut this year. These last three fairs are likely to draw 50-60 camps each.

Where will you look?

However you feel about the approach of summer, picking a camp for the kids is one of those things you have to do to get ready. It’s less fun than planning your vacation, more fun than shopping for a new bathing suit and as important as stocking up on sunscreen.

Camp fairs are a great way to scope out your options. You can check out the catalog of camps that turned out for Westridge at www.Westridge.org/sofcamps and Bel Air at www.roscomareroadschool.net/bel-air-camp-fair. And you can get information on the March and April fairs at www.lasummercamps.com.

The venerable American Camp Association (ACA) offers an online search tool at www.acacamps.org that lets you sort more than 3,600 camps that meet its rigorous accreditation criteria by type of program, location and cost. You can also check with your child’s school, your church or temple, and your local YMCA or parks and recreation department for options. (There is also a camp guide online at LAParent.com.) If you’ve procrastinated a bit, you can ask your kids where their friends are going. That will get you started with a list of camps to check out.

But what, exactly, are you looking for?

What will you ask?

The ACA offers a handy list of questions to ask prospective camps – questions echoed by everyone knowledgeable about summer camp searches. Many of the basics are similar to what you would ask a school or childcare center:

You’ll also need to ponder whether the camp location and schedule fit in with your summer plans, and whether the cost fits your budget.

But since this will be such a big part of your child’s summer, there’s got to be more to it than that, right?

Of course there is.

For instance, what is the point of it all? “When two weeks are over, what is in my little Johnny’s tool box that he didn’t have before?” asks Jason Bolton, vice president of programs at The Help Group. The organization offers four different camp programs, all for children with developmental and physical disabilities, but Bolton says the question applies to any camp. “I can imagine asking that of a YMCA camp and getting a good answer,” he says. “I can also imagine not asking a question like that and then saying, ‘What did we just do for two weeks?’”

If you’re looking for benchmark goals, Westridge School, which partners with programs each summer to offer camps on its campus, has some pretty lofty ones. “We look for camps that place a premium on meeting students where they are and inspiring them to think about something in a different way,” says Assistant Head of School Jemma Kennedy, leader of summer programs. “We look for programs that have a sense of adventure in them.”

What are your goals?

Your goals might be similar or more specific. Whatever they are, your camp’s goals should align with them. If you want your little artist to flex her creativity, a camp focused on the technical aspects of life drawing won’t get you there. If you’re looking for a camp that will build your young piano player’s proficiency to a certain level, a camp focused on exploring musical concepts will probably disappoint. Want your overprogrammed kiddo to have the chance to cut loose? An outdoor camp with swimming and archery might be better than a coding camp.

Speaking of interests, keep in mind that summer camp is a great opportunity for your child to develop new ones. “What’s really different about camp, versus the rest of the year, is that this is a time for them to explore. It’s a great opportunity for your child to try something new,” says Sharon Silver, head of the parent organization at Roscomare Elementary and organizer of the Bel Air Camp Fair. “Throw out new options to them so that they have a sense for what’s available.”

Silver’s avowed passion for camp springs from her own experiences as a child. Raised on the east coast, she went to sleepaway camp every year. “They had a little bit of horseback riding, and I found out I have a passion for horses,” says the mom of two, who also made lifelong friends at camp. “When I got married, three of my bridesmaids were from summer camp,” she says. 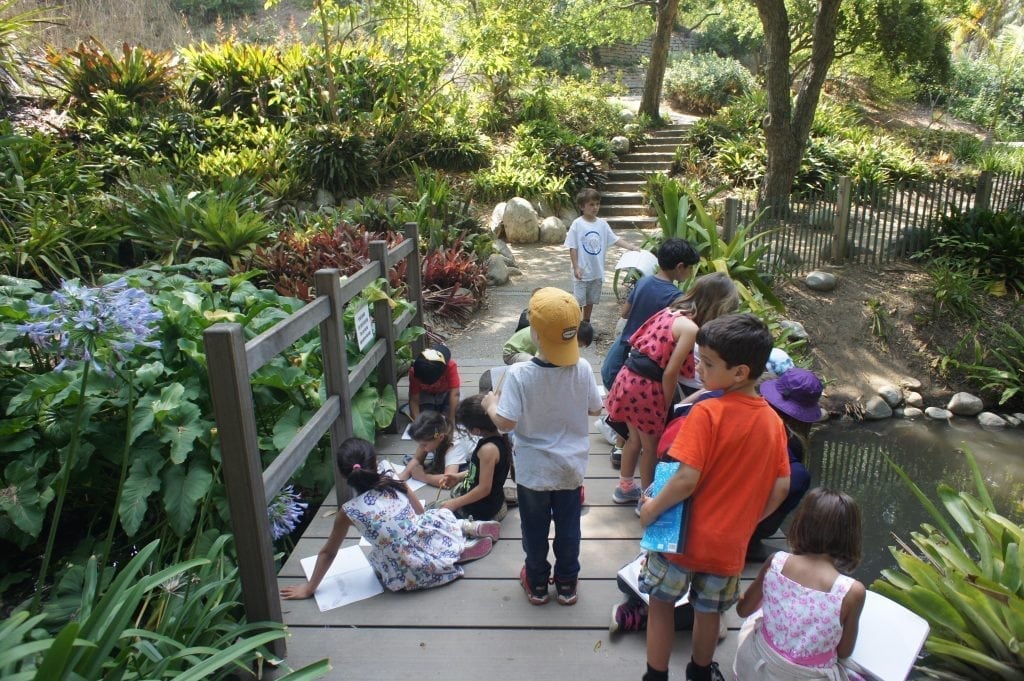 Camp can offer outdoor time that’s a refreshing change from the rest of the year. PHOTO COURTESY UCLA LAB SCHOOL

How will you afford camp?

If your goals involve price point and your budget isn’t flexible, you might need to be.

Eric Naftulin, organizer of the LASummerCamps.com fairs, says day camp prices can range from $40 per week for a parks-and-rec camp to $500 per week for a privately run camp. Overnight camps can cost $600-$2,000 per week or more – plus transportation if the camp is beyond driving distance. And expensive doesn’t necessarily mean better. “There are some free camps and camps that are on the lower tuition side that are just as good as, if not better than, some of the more expensive camps,” says Naftulin, whose 34 years in the camp biz include time as a camp counselor and camp director.

If you’ve got your heart set on a camp, but the price seems out of reach, don’t give up without looking for a price break. You can cut camp costs by trimming the time your child spends at that more-expensive camp. If your schedule allows, consider half-days rather than full, or sending your child to camp just a few days a week. You might also spring for one week of the camp of your child’s dreams, followed by a week at a less-expensive – but still great – alternative.

The camp you’re interested in might also offer deals. “I’ve seen some very creative discounts and coupon opportunities and different ways you can save money,” Naftulin says. These include early-bird discounts, multi-week discounts, discounts for referring your friends and discounts for paying in cash. Some camps offer need-based scholarships (“camperships”) or payment plans that are less expensive than putting tuition on your credit card and paying interest. Some offer group discounts (where you gather a group of friends and sign up together), or even deals on Groupon.

If you don’t spot anything promising on the camp’s website, give them a call in case they offer deals that aren’t publicly promoted. “Camp folks are among the nicest people you’ll run across,” Naftulin says. “None of us ever want a child to miss a camp experience due to a financial situation. Anything that the camp can do, they will.”

Who will shape your child’s summer?

Speaking of camp people, they are such a key factor that I want to mention them again. Because the quality of the counselors and staff is one of the major factors separating the great camps from the common ones. “The camp counselors are the difference makers,” Naftulin says. “They can make or break a camp experience for a child. The best camp counselors make every aspect of the camp experience memorable.”

Bolton has a prime example of what that can look like. In 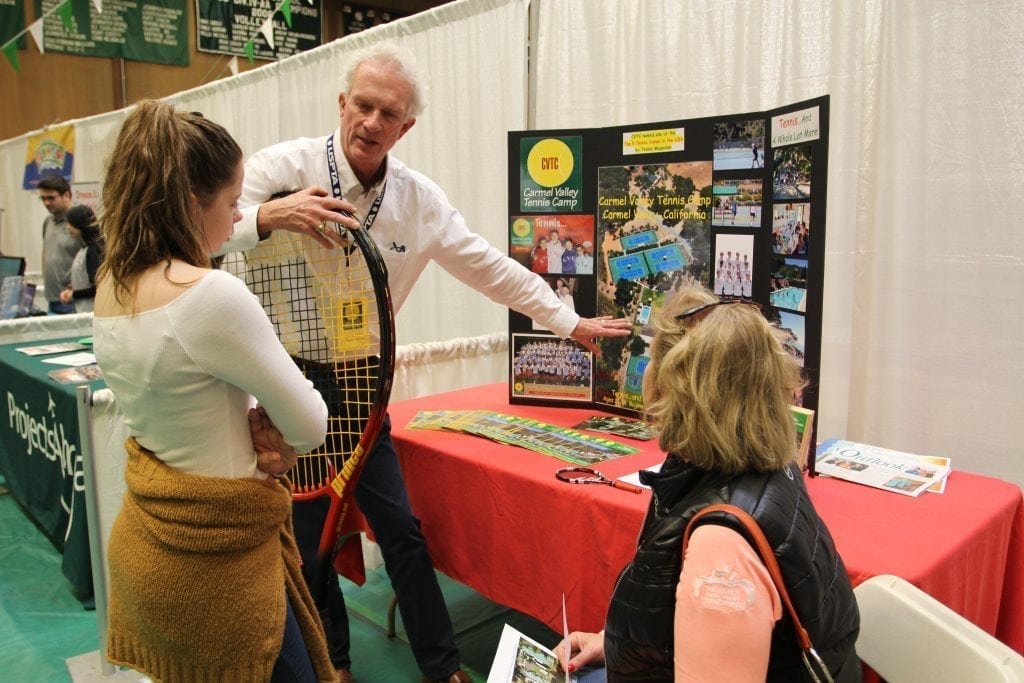 addition to his role at The Help Group, he is the father of twin 10-year-old daughters who are on the autism spectrum. At age 4, they went to The Help Group’s Camp Sunshine, and one day one of the girls, Delaney, got sick. “The counselor, who happened to be one of our psychotherapists on staff here, sat in the bean bag with her and held her while either I or my wife came and got her,” Bolton says. That turned out to be Delaney’s fondest memory of camp that year.

Parents, Bolton says, should feel comfortable and confident the staff at the camp they choose would care for their kids just like that.

There are lots of other factors that can make a camp a good fit, and every family’s priorities will be different. Some parents visiting the Westridge fair were looking for camps that would give their kids a break from the school routine but still keep them intellectually engaged. “The main thing I like to find in a summer camp is diversity,” said one mom taking in the fair with her two tweens, “so a little bit of education and a little bit of fun.”

Another mom was looking for “something fun and outdoorsy to get them outside.” A dad at the fair, meanwhile, was looking for learning opportunities for his two girls. “There are a lot of fun camps, but I want them to do more than just have fun,” he said.

Your summer camp search will be your own, but Kennedy does have one last bit of advice. “There are great summer camps out there all over the place,” she says. “Use this as an opportunity to explore, to learn more about what your child loves. It can be a great journey.”

Editor’s note: This is the second in a series of articles about summer camp in Los Angeles. Last month, we explored how camp combats summer brain drain. Next month, we will look at counselor-in-training programs for kids. Find all our coverage by clicking the #CampReady at the top of our homepage.