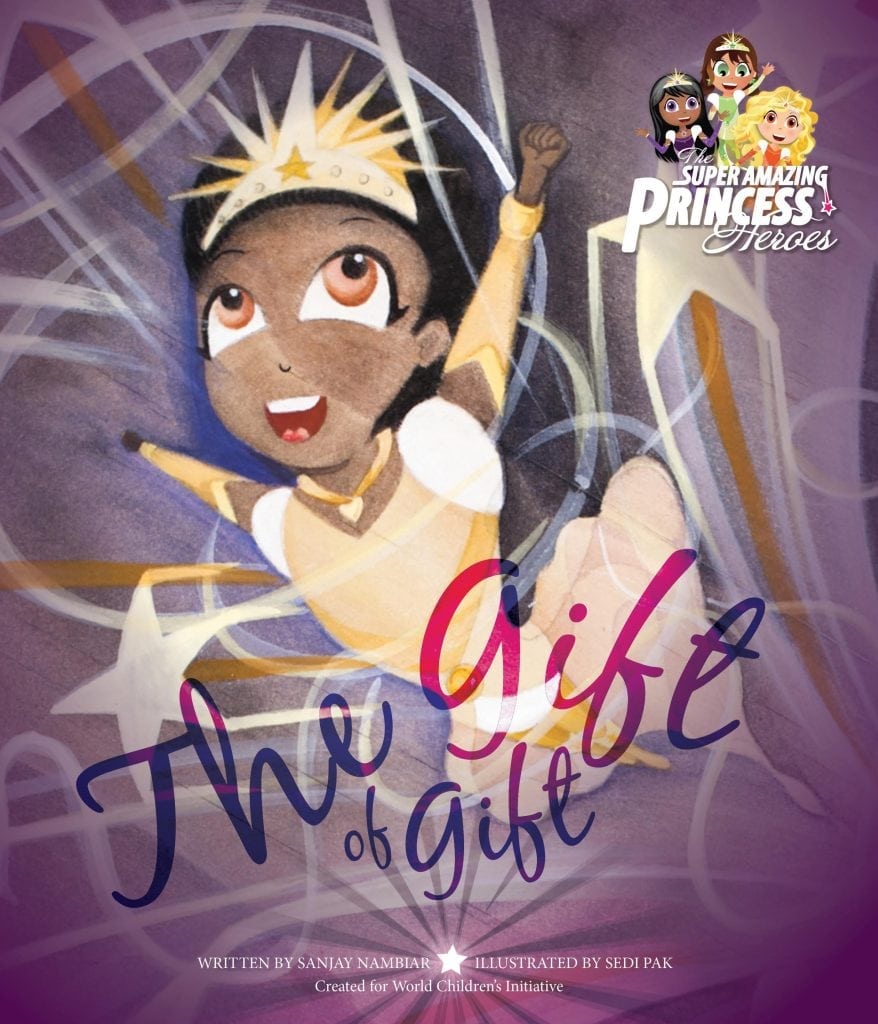 The Gift of Gift is recommended for ages 5-7.

As the father of 9-year-old twin daughters, L.A. author Sanjay Nambiar is keen on writing stories that broaden the scope of how girls see themselves. “The Gift of Gift,” the second book in his Super Amazing Princess Heroes (SAPH) series, was released in November.

“Girls need role models that are just as powerful as boy role models,” says Nambiar, who says the book aims to marry the feminine side of girls that love princesses with the confidence and agency boost of having their own super powers. His first book, “The Super Duper Princess Heroes,” has Oceana, Sammie and Kinney using their super powers of flight, strength and speed to save a fallen prince. 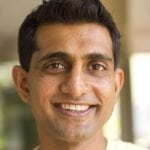 “The Gift of Gift” begins with one of the Super Amazing Princess Heroes getting sick while visiting Uganda. She is rushed back to America for surgery. Soon after she recovers, the princess heroes find out Gift, a friend they met in Uganda, is also sick. Instead of having Gift come to America to get well, they come up with a plan that will help Gift and other children who need surgery. They build a heart hospital in Uganda. The story ends with Gift becoming an SAPH and receiving the gift of healing. The book was illustrated by Sedi Pak and published by Umiya Publishing.

Inspired by the heart hospital World Children’s Initiative (WCI) built in Uganda, Nambiar partnered with the organization to help raise funds for WCI’s life-saving projects. Their first patient’s name was Gift. WCI builds healthcare and educational infrastructure for children in developing areas domestically and worldwide. Proceeds from the book are shared between SPH Media, Inc. and WCI.

The website for the SAPH series, SuperPrincessHeroes.com, is a resource for parents that promotes girl empowerment. It includes stories about real-life female heroes such as Maya Angelou, Amelia Earhart and Gong Li, and has an interactive game for young girls you can download. Princess Heroes Dress Up goes beyond typical dress-up games by taking the princess on a mission. “Before you dress up your character, you have to choose a super power… after you dress up your princess hero, you watch as your character goes on an adventure to use her super power, like saving the Eiffel Tower or saving a village from an avalanche,” says Nambiar.

“The Gift of Gift” is available in hardcover and e-book on Amazon.com and in bookstores nationwide. Watch a trailer for the Super Amazing Princess Heroes: