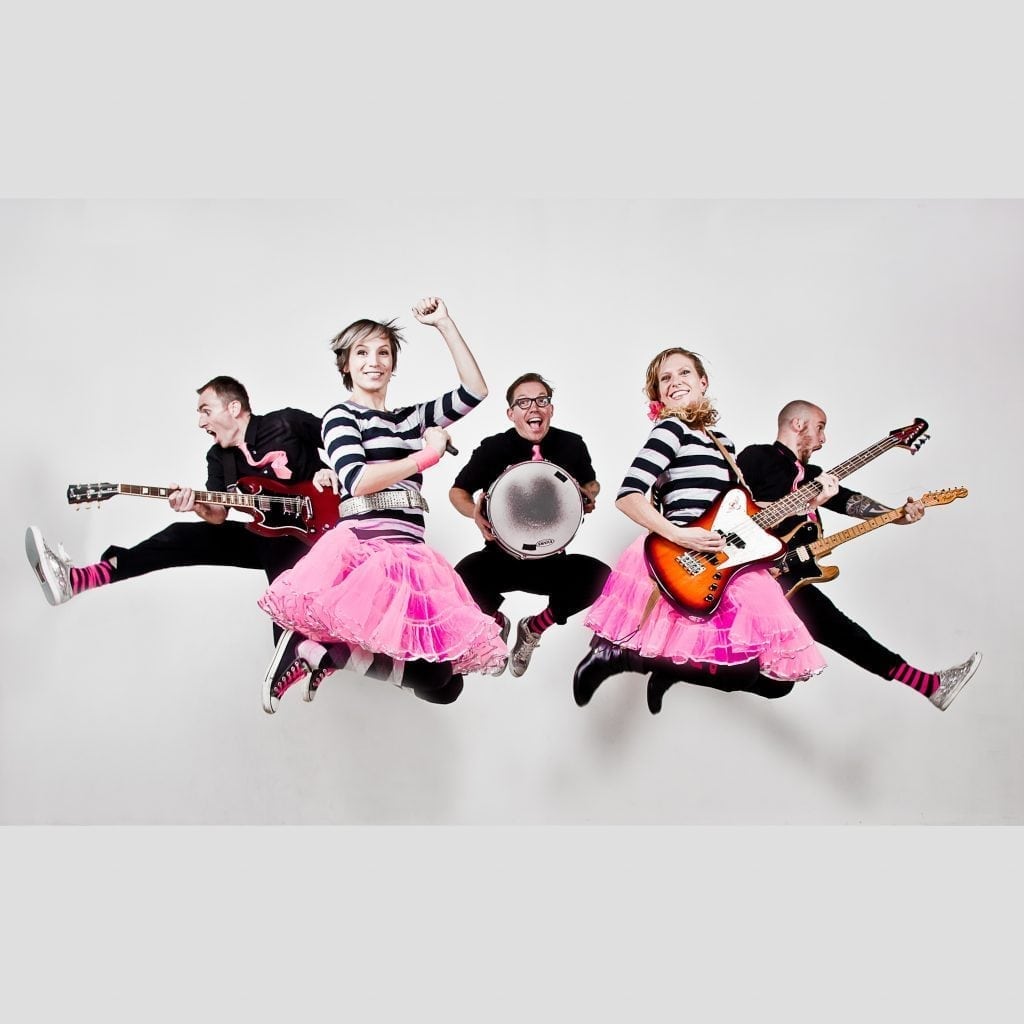 Take a musical leap with The Not-Its on Feb. 11. PHOTO BY MIKE HIPPLE

This year represents a big year for the Not-Its. Not only is the band working on its next album, but 2018 also marks the group’s 10th anniversary. Part of the vibrant Pacific Northwest children’s music scene that includes acts such as Casper Babypants and Recess Monkey, the Not-Its are coming to Southern California to perform a 2 p.m. show Feb. 11 at Torrance’s James Armstrong Theater. Tickets are $10-$20. The band’s guitarist, Danny Adamson, caught us up on what’s up with the Not-Its.

On their new album: “We will be recording it in March. It does not yet have a name, as the album name usually comes to us magically throughout the process. We may have some of the songs ready by the time we play in Torrance, but some of the song titles from the upcoming album are “Staring Contest,” “Potty Mouth” and “Gonna Be a Fight at Curriculum Night.”

On writing songs for kids: “The main focus is to write a song that sounds the same as a song would sound if we were in an indie rock band, or any type of band that we thought was cool. We don’t dumb it down for the kids. We want them to experience a real rock album and a real rock show experience.”

On playing for a family audience: “We absolutely would not do this if we didn’t love it. The responses we get from fans and the connection we make with the audience is why we do this. That is what is most rewarding.”

On the role of the band members’ kids: “Our kids have always provided a great sounding board for song content. As they get older (some are teenagers now), the eyes start to roll, but, in some ways, they can be healthy critics. As time rolls on, our songs have matured a bit and they’ve probably advanced from a 4-year-old’s mindset to about a 6-year-old’s now.”

Visit www.torrancearts.org/the-not-its/ to buy tickets for the upcoming concert.