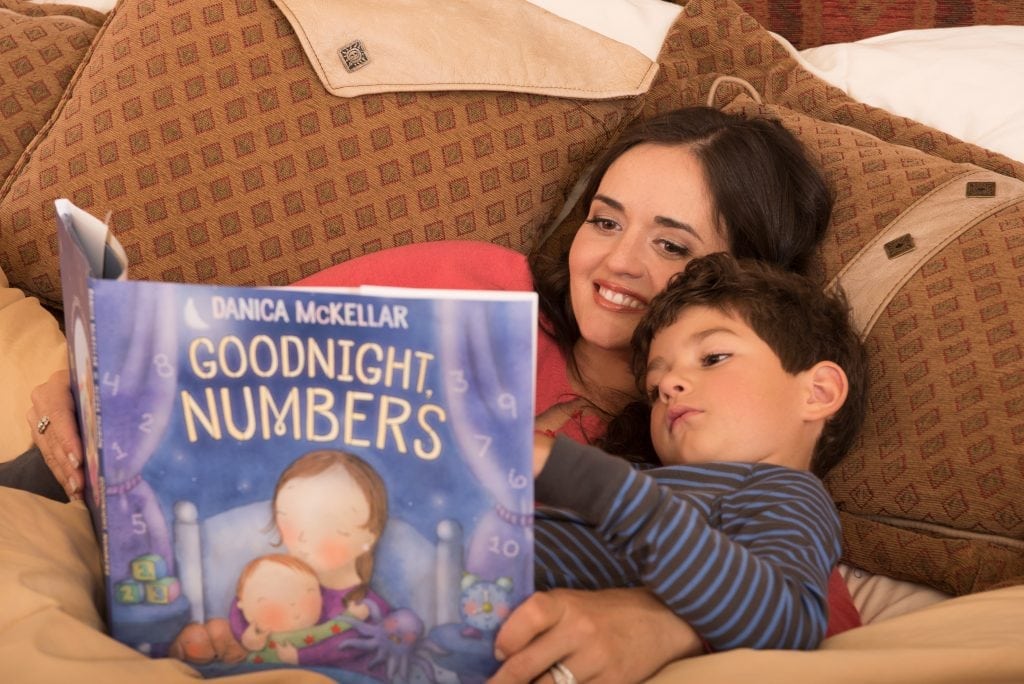 Known for her role as Winnie Cooper on the popular coming-of-age TV series, “The Wonder Years,” and for her bestselling math books aimed at tweens and teens, Danica McKellar is now on a mission to make math fun for even the youngest kids. Her whimsical picture book, “Goodnight Numbers,” which debuted last month and landed at number seven on the New York Times picture book bestseller list, introduces young readers to numbers in everyday life.

Following her success on “The Wonder Years,” McKellar headed to UCLA, where she pursued a degree in math. She co-authored a mathematical physics theorem that bears her name (Chayes-McKellar-Winn Theorem). Since then, McKellar returned to acting and has also published four math books designed to encourage middle and high school girls to ditch the math nerd stereotype. I recently chatted with McKellar about her passion for math education.

Were you always a math whiz?

I always loved a challenge, but I actually struggled with math and was afraid of math homework for a short time in middle school. Midway through the seventh grade, we got a new teacher who made all the difference. Through fun stories and games, she made the same math that had confounded me suddenly accessible and friendly.

What made you want to major in math?

Why so many stereotypes around math?

Math is a language, and if it isn’t translated properly, it remains a foreign language. So math has developed a reputation for being scary, too hard, boring and even just for the socially awkward. Girls have it extra tough, because we grow up getting the message that our most important attribute is our appearance, so we often focus on improving our looks rather than sharpening our brains. By middle school, girls start dumbing themselves down, often because of a fear of being perceived as a nerd. These are smart girls pretending to not understand and not like math. Soon this becomes a self-fulfilling prophecy, and the pattern is set.

Tells us about your writing and what you hope to accomplish.

I want to show girls that they can totally handle math and that tackling this kind of challenge is important in everyday life – and in your career. My first books were designed to show girls that there is no such thing as a “math type.” You can still love makeup, be athletic or love the theater and be good at math. I want girls to have a sense of belonging and control over their learning and the healthy mindset that studying math will sharpen their brains and make them more ready for anything they desire in life.

Your latest book is geared toward toddlers. Why?

It’s never too young to create positive associations with math. So, I created a sweet bedtime book with extra math snuck in. It shows numbers as they exist in the real world (four legs on a cat, five points on a star, six sides on a block). I’ve also included 10-frames disguised as picture frames on the walls – something kids will see in kindergarten and first-grade math. I love that kids who read “Goodnight Numbers” will associate numbers with the warm and wonderful feel of cuddle time.

What advice do you have for parents?