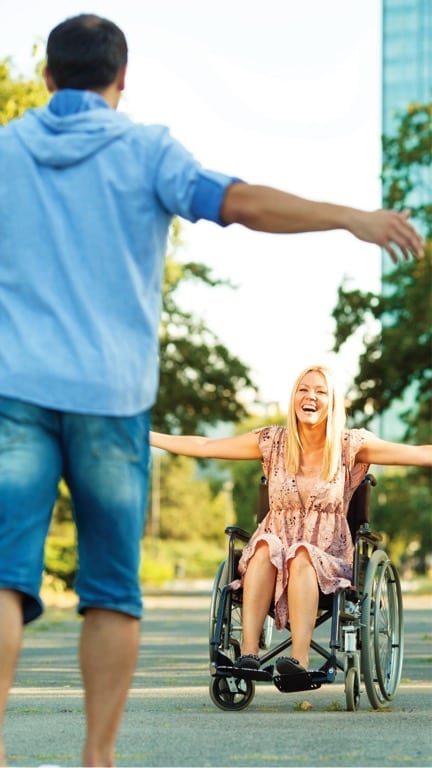 Dating can be awkward and challenging, if sometimes exciting, for anyone at any age. It can also be thoroughly uncomfortable for young adults to talk to their parents about dating – disability or not. Parents of teens and young adults with disabilities do, however, have a role to play in preparing them to enter the world of dating and relationships.

Parents can start by learning about the barriers teens and young adults with disabilities encounter as they seek out romantic relationships.

Dating challenges vary by age and disability. When Finneman, who has been married for three years, reflects on his dating days, he finds it difficult to separate any awkwardness created by his disability from the general pitfalls any teen or young adult would face. “I started dating around the same time as most people,” he says. “In high school, I ran with the popular crowd and I played sports. That helped. But on the flip side, I’m much shorter than normal, so that would cut against me. I can be awkward as far as personality, too, so it’s hard to know what was connected to hearing loss.” This is why Finneman believes it’s important to consider the whole person, not just their disability, when approaching dating.

For people with physical disabilities, however, Finneman thinks initial dating interactions can often be difficult because of a lack of self-confidence. “Disability and confidence – or lack thereof – can go hand in hand with dating insecurities,” he says.

Finneman feels fortunate to have gone to law school, which helped his self-esteem. Still, in his case, hearing loss makes certain social interactions more challenging. Engaging in conversation in loud restaurants and clubs, for example, can be difficult. When there is going to be intimacy, he wants a light on so he can get feedback on what his partner wants and feels comfortable with, but some people find that awkward.

Johnny Wang, a 31-year-old software engineer, also has a physical disability. He describes himself as a complete paraplegic who does not have any sensation in or control over his lower body. One challenge he faces in the dating world is an educational barrier. Wang estimates that at least 90 percent of the people he goes on dates with have not met a peer who uses a wheelchair.

When he was in his 20s, Wang explored online dating using two different approaches. He started by creating a profile that didn’t really disclose that he uses a wheelchair. If someone expressed interest in going out on a date, then he would bring it up and say, “If you’re open to it, great. If not, that’s fine.” He used this method for about two years before deciding to be upfront about his disability instead. 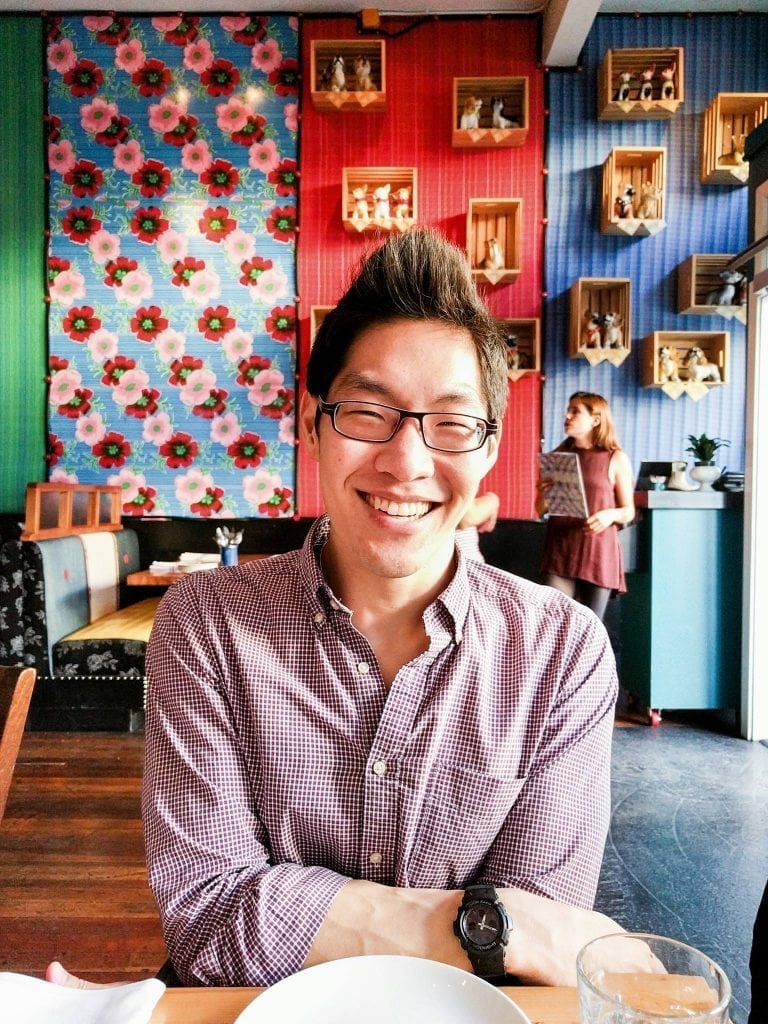 Johnny Wang is a 31-year-old software engineer who found he got the same number of dates when he disclosed the fact that he uses a wheelchair in his online-dating profiles as when he did not. PHOTO COURTESY JOHNNY WANG

He started “being open with the fact that I’m in my wheelchair, both in my photos and the profile bio itself,” he says. “I’ll usually include positive language like, ‘Don’t let the wheelchair stop you from saying hi.’’” When Wang shared the information about his disability on his profile, he found that he got roughly the same number of dates – not what he expected.

For people with developmental disabilities, dating challenges can be slightly different. In her book “The Science of Making Friends: Helping Socially Challenged Teens and Young Adults,” psychologist Elizabeth Laugeson, Psy.D., identifies three major categories of barriers to social success for these groups: a negative reputation among peers, an inability to find a source of friends and a lack of social motivation.

Laugeson works with clients who have autism spectrum disorder and other disorders that cause social difficulties. She founded and directs the PEERS Clinic at UCLA, where young adults who struggle socially because of developmental disabilities learn to create friendships and romantic relationships. The techniques Laugeson teaches are evidence-based and don’t rely on the elusive art of conversation – a struggle for most PEERS participants.

Natalia Hawe, who serves on the board of directors of the Foothill Autism Alliance, anticipates challenges when her 13-year-old daughter, Sophia, starts dating. Sophia is nonverbal and needs a high level of support. “How do I support her with severe communication delays? How do I facilitate her dating? Will I do it myself or get someone to support her dates?” Hawe asks herself and is still in the process of figuring out the answers, balancing her desire for Sophia to have independence but also get the support she needs.

And there are local sources of support. Laugeson’s PEERS program includes 90-minute sessions where students with developmental disabilities learn a series of social “do’s and don’ts.” The program does not focus exclusively on dating but instead teaches behaviors that are naturally used by teens and young adults who are socially successful. “In other words,” Laugeson says, “we’re not teaching what we think young people should do in social situations but what actually works in reality.” 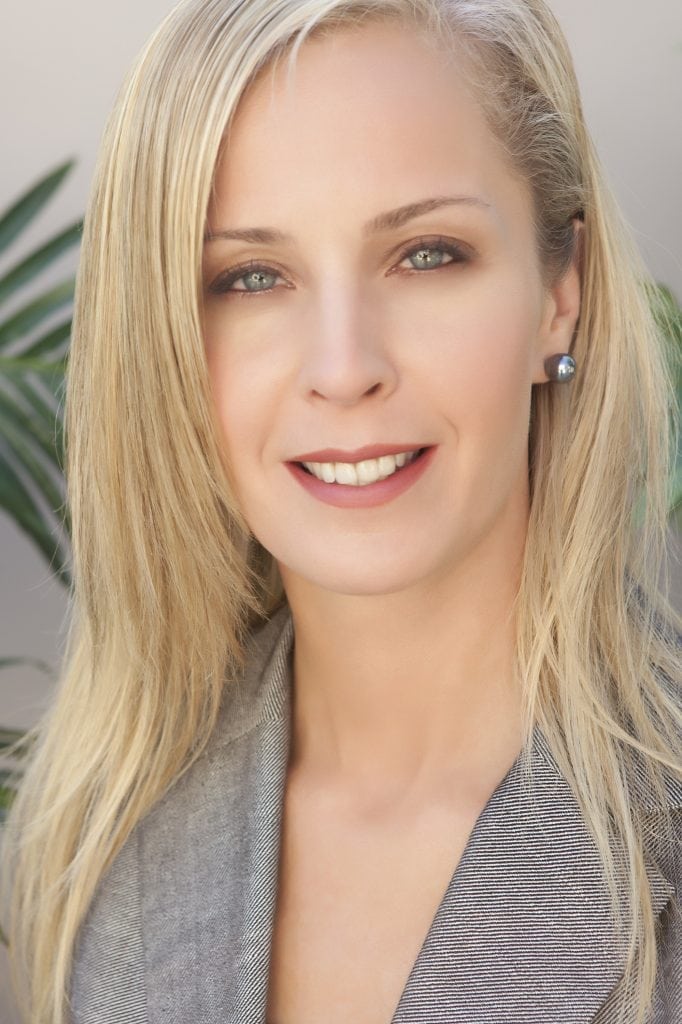 PEERS also helps young adults avoid social errors that people with certain disabilities commonly make. Facilitators first demonstrate the error. Next, they show the correct way to approach the social situation in question. Finally, Laugeson and her team work to help young adults imagine being on the receiving end of the social error in question and have teens practice correct responses with a social coach (often a parent).

Hawe tries to stay ahead of her daughter’s developmental stages so that she has time to learn about them and to help facilitate smooth transitions in her life. Among Sophia’s middle school peers, Hawe has noticed some kids having boundary challenges and seen some sexualized behaviors. She has noticed teenage boys showing a desire to connect but not being given the tools to do so. She has also seen parents struggling to address this.

With this in mind, Hawe organized a workshop titled, “Dating, Intimacy, and Relationships,” held at Westmoreland Academy in Pasadena in February. It was divided into concurrent breakout sessions for young women, men and parents or caregivers. The goal was to help young people with developmental disabilities set appropriate personal boundaries and make informed, healthy decisions about their sexuality, and to give parents the confidence to support their child’s emotional and sexual development. Families can check www.foothillautism.org or the Foothill Autism Alliance Facebook page for upcoming workshops.

Finneman suggests that young adults starting to date explore private Facebook groups that connect people with disabilities. Because there is not much information out there about how to date with a disability, these can provide forums for exchanging information and tips. “Someone will write: ‘I just started dating and have X disability. Is there anyone I can speak with?’ Then they take the conversation offline,” Finneman says.

How Parents Can Help

Parents can best support their children on their way into the dating world by fostering a sense of belonging and confidence, keeping open lines of communication and helping them learn appropriate social skills.

“Just because you have them doesn’t mean you can teach them,” Laugeson cautions. For example, she explains that it is not helpful to tell someone with social-skills challenges to “go up and say hi” to someone they want to talk to. She acknowledges in her book that some teens and young adults might not be interested in hearing advice from parents, but informed social coaching from parents can help set teens up for dating success. 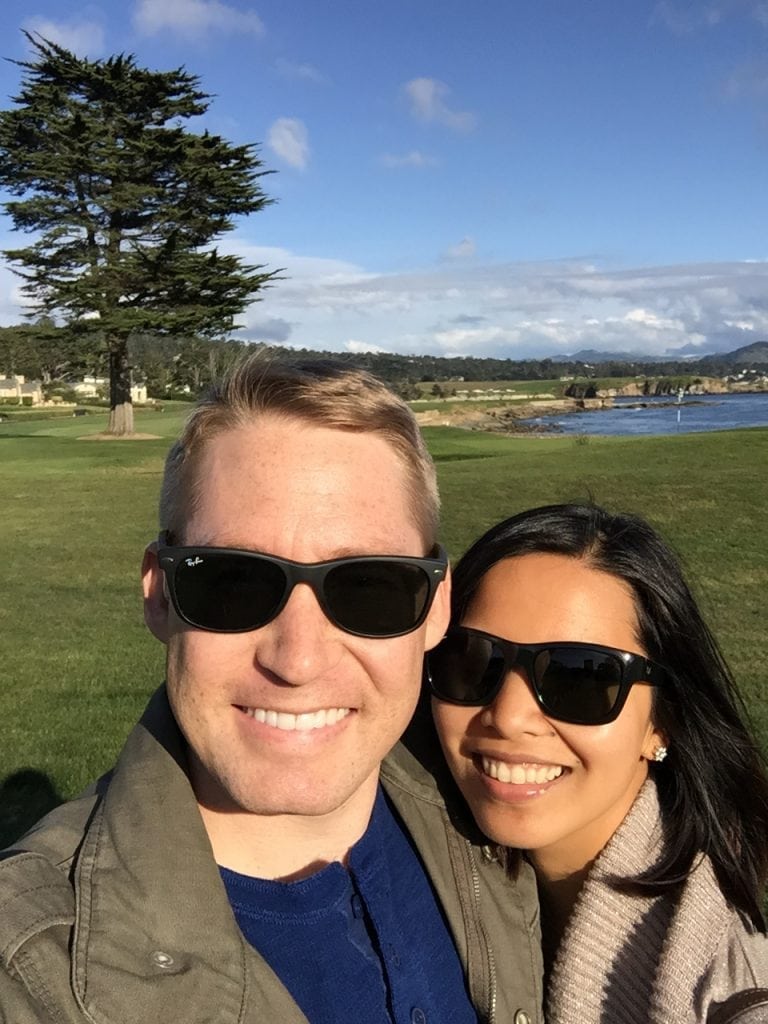 Trevor Finneman, who has hearing loss, has been married to his wife, Christine, for three years. He says lack of confidence among people with disabilities leads to dating insecurity. PHOTO COURTESY TREVOR FINNEMAN

Hawe sees parents’ role as reframing their own potentially limiting beliefs – including denial and fear –to have more open interactions with their children. Denial shows up in the often-incorrect conclusion that their children either are not interesting in dating or, if they are, wouldn’t understand how to go about it. Fear surfaces as resistance to teaching children about dating in case it spurs sexual curiosity.

Wang prefers not to talk to his parents about dating. He suggests that parents ask children if they want to talk, but not be overbearing. Instead of forcing a conversation specifically on dating, he thinks general encouragement from parents is helpful not only in dating but in making friendships, getting jobs and dealing with people day-to-day. He believes parents can help foster positivity and facilitate confidence in their children, and that will go a long way.

“When I was a high school, I thought my situation sucked and I wished it wasn’t like this,” Wang says. His mom sent him to a summer camp for kids who use wheelchairs, and that – and some supportive able-bodied friends – helped him become more comfortable. “Most of my friends growing up were able-bodied people,” he says. “I never felt that different from them. My friends made me feel really included and it rarely became an issue. I think that sense of inclusion and understanding that I’m not different from other people helped a lot. I grew up to be really positive and optimistic, and that is the biggest factor in having people be OK with [my] wheelchair.”

“Sex, Puberty and All that Stuff: A Guide to Growing Up” by Jacqui Bailey: This is Hawe’s recommendation for further reading on LGBTQ issues and topics such as abortion. It does not cover puberty with a disability lens, but fills in gaps that some of the disability-specific texts neglect.

“The Science of Making Friends: Helping Socially Challenged Teens and Young Adults,” by Elizabeth Laugeson, Psy.D.: This parent-friendly read on helping young adults with social challenges includes a DVD with social coaching exercises and tips. Laugeson also recently released the more technical “PEERS Curriculum for School-Based Professionals: Social Skills Training for Adolescents with Autism Spectrum Disorder,” for those wanting to learn more in-depth methods. Her Friendmaker app acts as a virtual social coach in the absence of a parent.

Laura Riley is a local social justice attorney and writer.