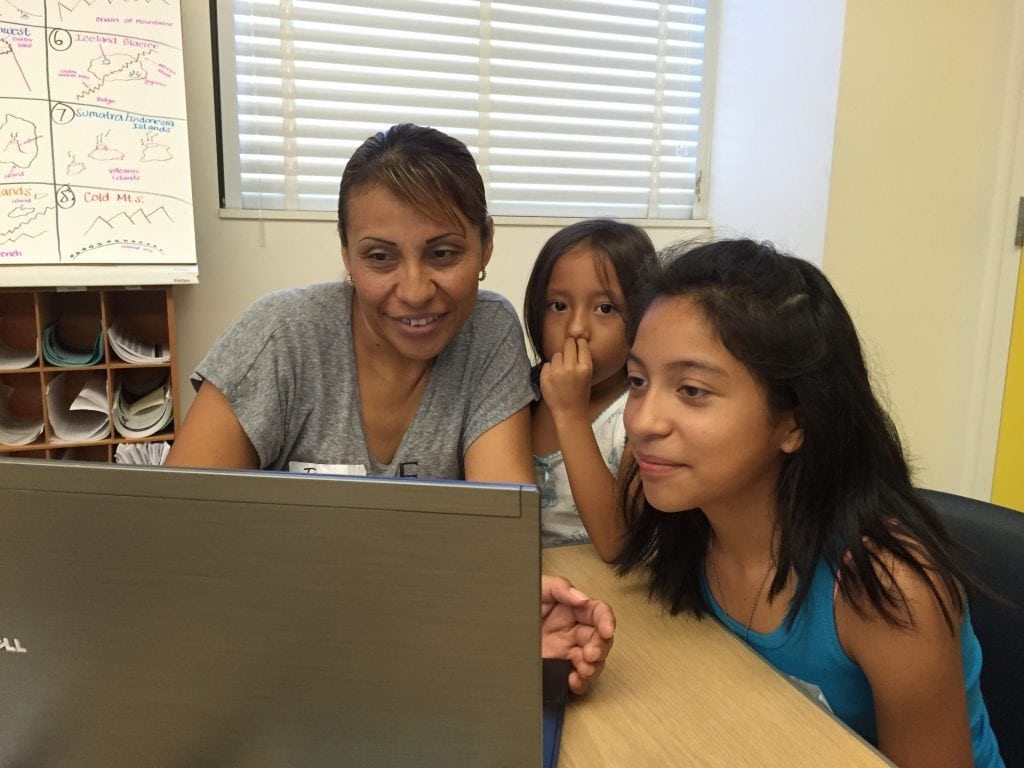 Parents can make technology more interactive by engaging with their kids and taking advantage of online learning resources. PHOTO COURTESY POWER MY LEARNING

Technology gives parents more ways than ever to provide a rich and engaging home learning environment for their kids. But how much is too much? Is it better to go “old-school” with plenty of books, journals to fill, and hands-on activities? Or is it best to be future-focused and provide the latest tablet computer and learning programs?

Patti Clark, vice president of product development at Lakeshore, advocates for no screen time at all for infants and toddlers. “When children are young, it interferes with development, and leads to a habit,” Clark says. “They need things where they’re active with other people.”

To inspire kids toward imaginative hands-on activities, Clark recommends that parents look with their children at all the materials at hand and brainstorm different things they can do with them. “Take 15 minutes and think,” she says. When parents simply tell a child to “go and play,” they’ll head straight for screen time, Clark explains. But with some direction to help them get started, pretty soon they’ve got a room transformed into a zoo or a restaurant.

Dawn Kurtz, Ph.D., chief program officer of Los Angeles Universal Preschool, also wants to see kids engaged with mainly hands-on activities in the early years. “Our focus is how to create critical thinking in life,” she says. “We want to create a stimulating environment for kids, but not one that’s potentially too cluttered by technology.”

A trip to the grocery store, putting the food away back home and talking about where the fruits and vegetables come from is a great way to bring learning into everyday life. “Ask  questions, like ‘What weighs more: apples or strawberries?’” Kurtz says. Look for learning moments in the back yard or on a walk through the neighborhood. “Kids love to talk about the weather,” says Kurtz, adding they don’t need anything too fancy or high tech. “They naturally gravitate toward exploration.”

Kurtz says technology is not often interactive in the same way as these real-life experiences. “There’s no serve and return, no active exchange,” she says. However, parents can encourage critical thinking and language development by talking with kids about their experiences with technology. “Technology doesn’t have to be completely individual,” she says. If your child is playing a game or working on a project online, chat with them about what they are doing so they can explain their thought processes. 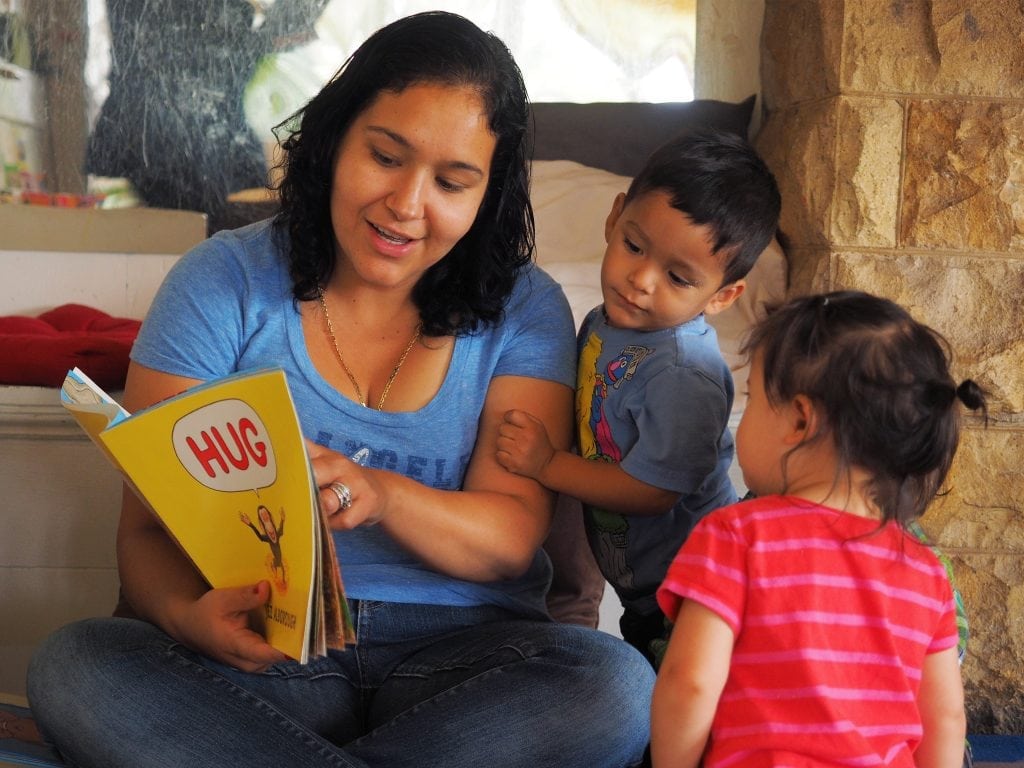 Conversation is an essential part of social interaction, something every child at every age needs to practice but isn’t exposed to while plugged in to a tech device. “Parents are so worried about academics, what the child knows,” Kurtz says. It’s more important for kids to learn to self-regulate, follow directions and interact with others to develop social skills.

Still, parents shouldn’t feel guilty about allowing their little ones to plug in once in a while. Ages 3 to 5 should have some exposure to technology, but Clark recommends a limit of one to two hours a day. Using the iPad or computer to play beginning language games or to sing counting songs is fine, within limits. “Kids are busy these days. It’s OK to break up and vary the types of activities,” she says.

As kids enter school, their exposure to technology will increase. Parents can help prepare kids to spend more learning and social time on the Internet by discussing media literacy, cyber safety and their digital footprint, says Ryan Gleason, director of secondary education for Las Virgenes Unified School District (LVUSD). “It’s important that we monitor our children’s Internet usage and help them to make wise choices when online, while also helping them to protect their identities and limit the release of personal information,” Gleason says. “There is no such thing as a delete button when it comes to content and conversations that they post online.”

Parents don’t, however, need to worry about kids having specific technology skills before entering the classroom. “Most forward-thinking schools and districts are moving beyond ‘tech training’ and the concept of technology as a subject,” says Jim Klein, chief technology officer at  LVUSD. Instead, schools are working to foster a learning environment where technology is a tool, but children are given choices about how they learn based on their individual interests and encouraged to learn in a variety of ways, including from each other.

Educational technology has made a tremendous impact on learning. “Students are coming into our systems in many cases with a stronger foundation from a skills perspective,” says Dr. Clara Finneran, assistant superintendent of education for LVUSD. “But we don’t want students to become so dependent on technology that they require it for human interaction and creative problem solving.” Having that time to disconnect and interact with others is important. “When children start to develop an impulsive dependence on technology, or use it as a proxy for human interaction, these might be indicators that they need to dial back their usage,” Finneran says.

Target Learning, Not the Tool

Whatever a child’s age, Neil Spears, executive director of the greater Los Angeles and Bay Area regions of Power My Learning, a national nonprofit digital learning organization that has served more than 16,000 families since 2008, thinks the focus should be on the learning outcome, rather than the learning tool. 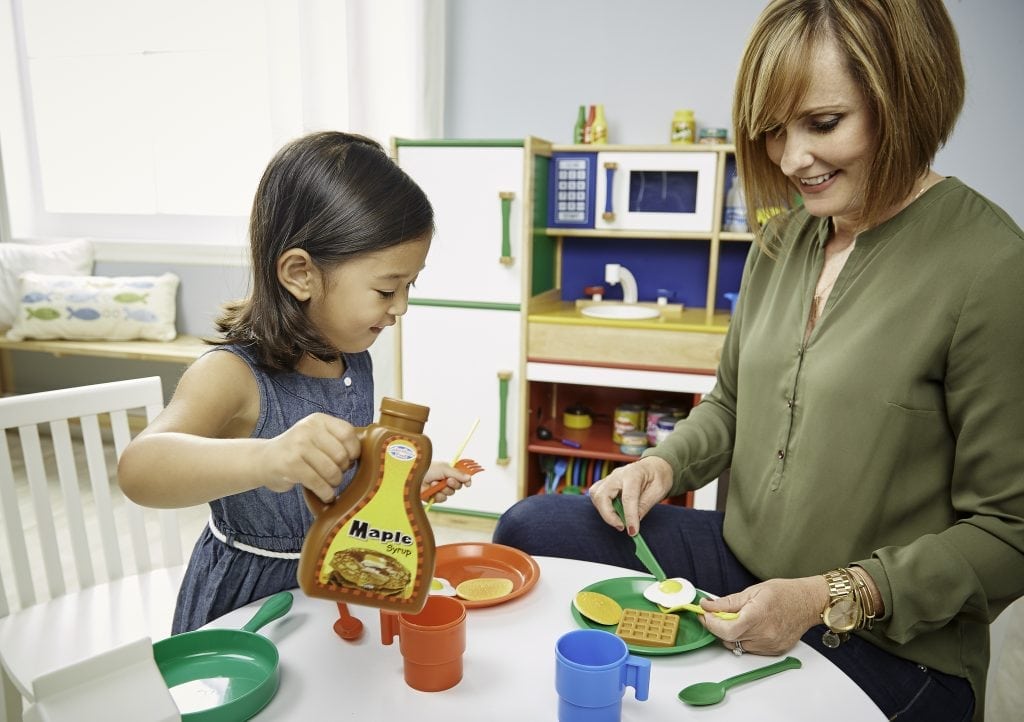 Parents have so many questions about the “negative force” of digital learning, says Spears, when they really should be asking, “What skills and mindsets do kids need to do really well in school, to stoke their passions?”

Spears isn’t a big fan of “books have been around forever” as a reason to read them. Is it better to read an analog book or an e-book? If the goal is to understand the content, either one is OK, according to Spears. “A mix is the best,” he explains. “There’s a need for both digital and analog. It’s the role of the parent to engage.” If a child is playing a video game with mummies in it, for example, parents can use this as a springboard to learning by taking the child to the library to find books on mummies or going online with them to search for virtual tours of tombs.

Spears recommends that parents try programs and games themselves before letting their kids play. PowerMyLearning, which provides families in low-income communities with laptops and home Internet access to help build computer and Internet literacy and safety skills, also curates free digital learning activities on its website. “We comb the Internet to find the best materials,” Spears says. “We tag them by subject, grade level, modality and Common Core standards.”

For this generation, time in the digital world and the real world are interchangeable, says Yalda T. Uhls, author of “Media Moms & Digital Dads—A Fact-Not-Fear Approach to Parenting in the Digital Age.” “They use the tools of digital media and interactive technology to explore their lives and do normal developmental tasks,” says Uhls. 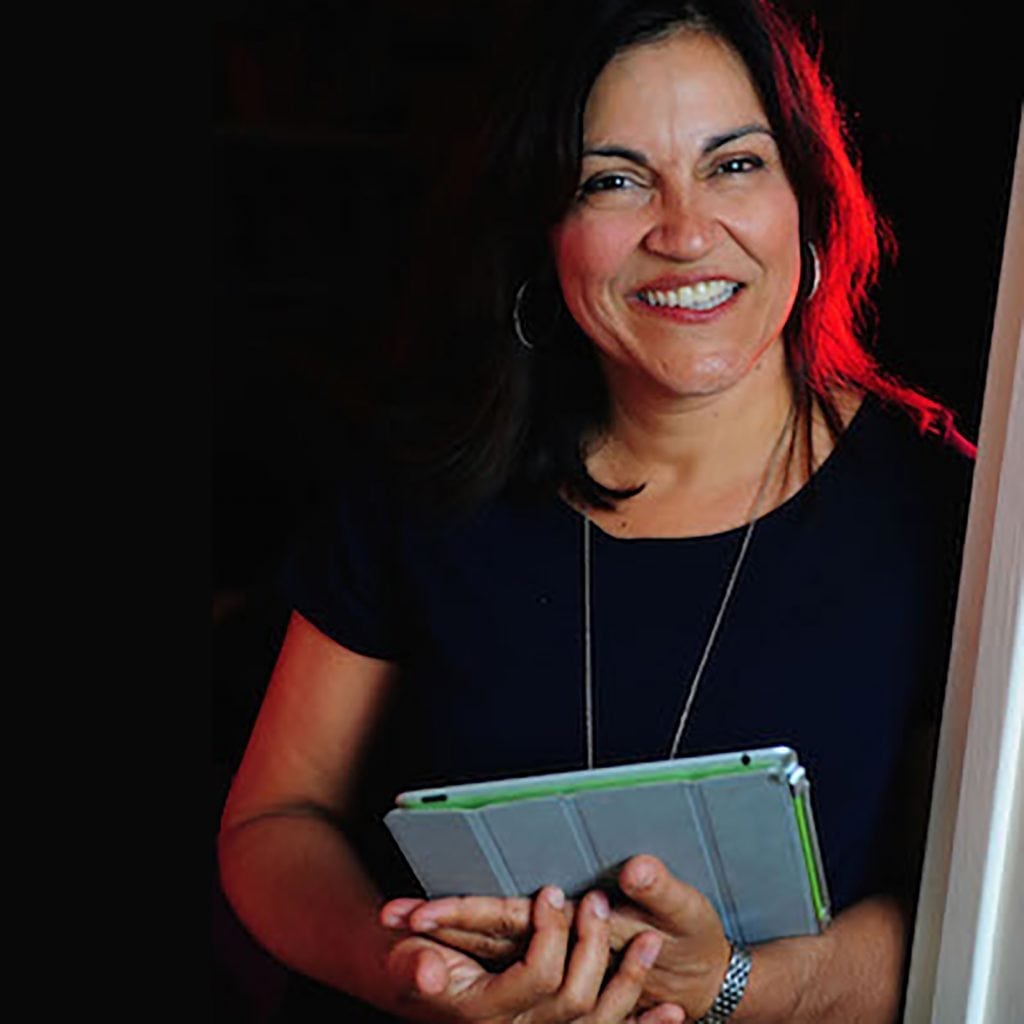 Yalda Uhls, author of “Media Moms and Digital Dads,” says kids today are growing up with the same priorities as previous generations, but using different tools. PHOTO BY RICH SCHMITT

Research Uhls cites in her book supports the idea that this generation of kids is growing up with much the same priorities as previous generations: hanging out with friends, developing their identities and learning new things. “It’s just a new tool,” Uhls explains. In fact, she says research shows that today’s digital generation “drinks less, smokes less, has sex later and is less violent, despite the rapid growth of media.”

Still, balance is key, Uhls stresses, especially when kids are young. They need time to move their bodies, use their motor skills and look at faces and nature. “Each activity develops different parts of the brain, and they all need to be developed for healthy development,” she says. If that’s easier said than done, Uhls suggests parents allow kids to be a part of a family media agreement or a device contract so they help decide what’s fair. The best way parents can help their kids, says Uhls, is by creating a warm, positive digital climate with rules at home.

The ideal home learning environment may be different for each family. But as long as it’s a safe, healthy space with a variety of materials—both analog and digital—to inspire and motivate, plus a little parental involvement to guide and interact, kids will do the rest and take their learning to exciting new levels.

Lori Zanteson is a frequent contributor to L.A. Parent and a mom of three.