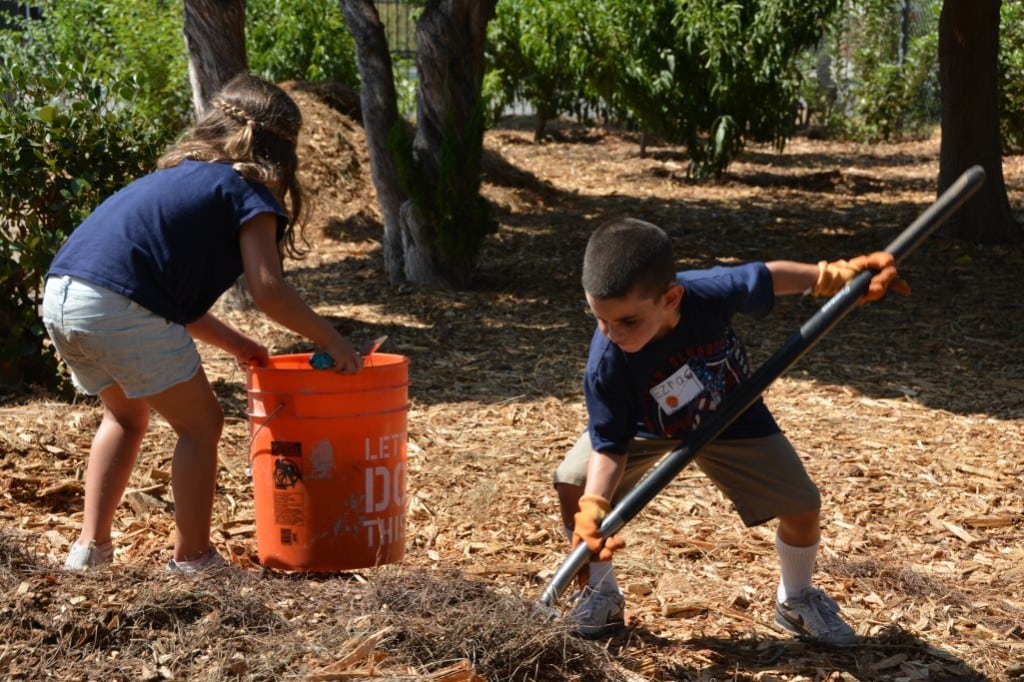 In the movie of our lives – where we star as the Perfect Parent – we see ourselves unreservedly volunteering to visit the sick, feed the hungry and help those less fortunate. We see our children – inspired by our selfless acts – grow into adults who find ways to eliminate world hunger and make poverty a thing of the past. If only.

Most parents I know have trouble squeezing in even a shower between soccer practice, violin lessons, working and packing school lunches. Who has time to save the world?

During the holidays, at least, many of us try. For the past several years, our family has incorporated altruism into our celebration of the eight days of Hanukkah. Instead of eight days of random gifts, we designate each day to represent a different family activity, such as baking or reading. One day is set aside for charity.

Last year, we called and got a wish list from Casa Pacifica, an organization serving abused and neglected kids, and set out with 6-year-old Kaleb and 4-year-old Knox to buy presents for the children who live there. We delivered the gifts in person so my boys could see where their treasures were going. They talked about it for months.

For Britt Barder and her husband, David, charity begins at home. Over the years they have opened their arms to 46 foster children, and adopted two. “It’s addicting,” Barder says. “You feel so good helping, you don’t want to stop.”

It began in 1990 when the family was waiting to adopt. The County Department of Child and Family Services contacted Barder about fostering, and though it wasn’t part of the plan, she decided to give it a try.

“Some of them are so starved for affection, they ask you right away, Can I call you Mom?,” Barder says. She tried to make the time the children spent with her – some for as little as 24 hours, others for as long as three years – special. At Christmas, she gave them gifts and photo albums with pictures of them all together, things many had never enjoyed. “And sometimes, when there were six of them, it was hard!” she says. 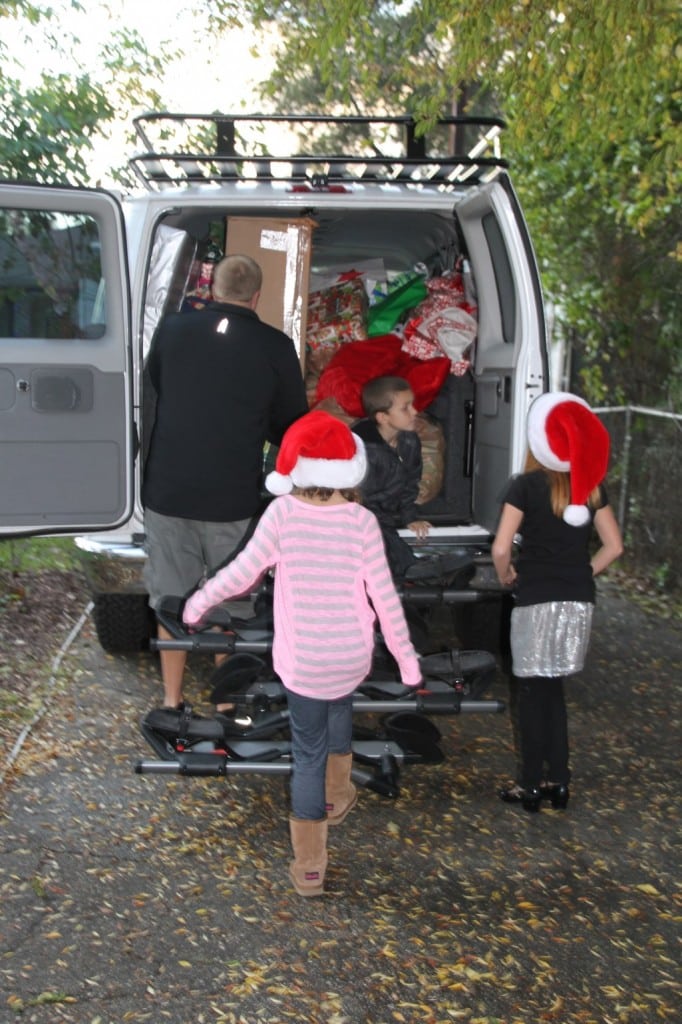 The Watters family delivers Christmas gifts to a Los Angles family with a child who has recurring brain cancer. PHOTO COURTESY THE WATTERS FAMILY

One of the children, Robyn, was 5 when authorities found her mother’s body in a dumpster. Robyn had three siblings, including Danny, who was 7 then and also came to live with the Barders.

Robyn arrived just in time to start kindergarten, so Barder took her and Danny shopping for school clothes, did homework with them and tucked them in at night. But Danny suffered from fetal alcohol syndrome, a condition that caused short-term memory loss and hampered his ability to differentiate right from wrong. After nine months, Britt’s concern for the other children she was caring for forced her to give him up.

The Barders eventually adopted a son, Benjamin, and stopped taking in foster children in 1996 after a car accident left Britt in chronic pain. But she did take in one more child. A woman who worked for David Barder asked if the family would take care of her granddaughter. “The mom was 19 and unable to care for Vanessa,” Barder says. “It was the hardest thing she told me she ever did, but she did it out of love.” The Barders adopted Vanessa, but Barder points out that there are still many children in the foster system who long for a stable home. “Just take one,” she says.

Kimberly Schwarz’s belief in changing the world through charity began during her childhood days making hospital rounds with her oncologist father. She noticed how good the patients seemed to feel when she’d come to visit.

On a recent Sunday, Schwarz ferried her kids – ages 8, 7, 5 and 3 – from one charity event to another. In the morning, they did the Stop Cancer Walk. That afternoon, they were heading to Skateland for a fundraiser for the Oscar Litwak Foundation. Schwartz believes it’s important for her kids to see they can make a difference in people’s lives. “They don’t really understand cancer or disease, but they know they’re helping,” she says.

Schwarz is also part of Day of Good Deeds, a group of volunteer moms from the Valley Alliance Jewish Federation who plan volunteer opportunities four times a year for families with kids ages 6-12. The committee partners with local charitable organizations such as Netiya, an interfaith group that plants gardens on unused congregational lands and donates the food to families in need. 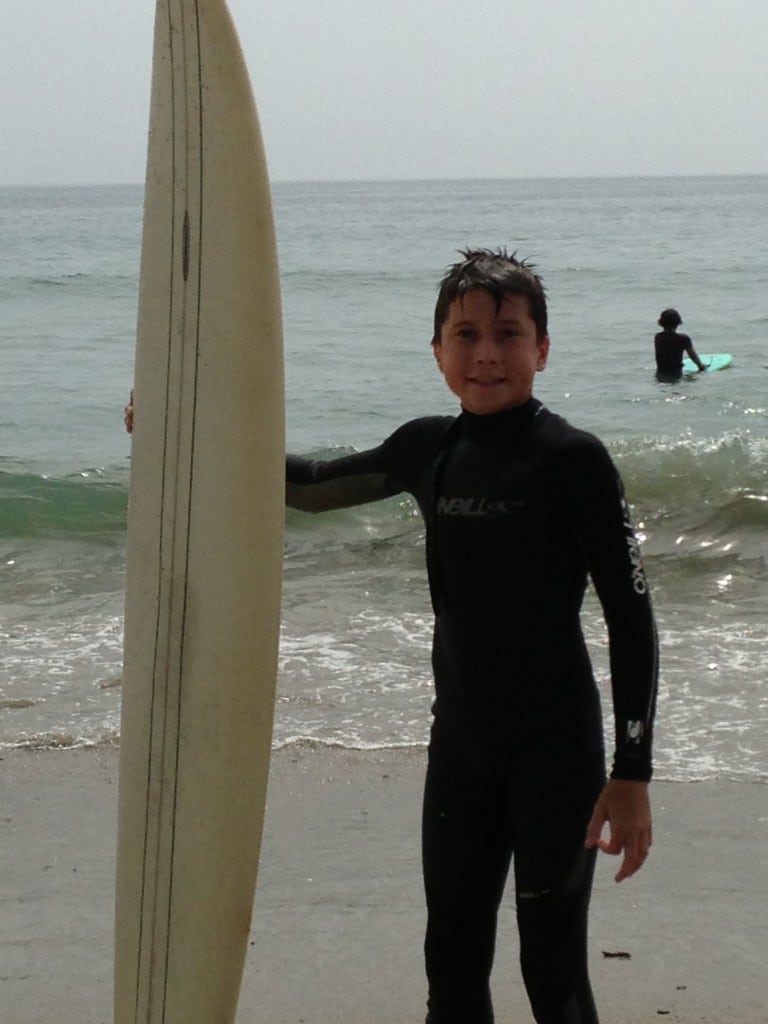 Alison Watters learned about the power of giving in third grade, when her best friend died of cancer and she saw the girl’s devastated family become increasingly isolated. “People back off instead of helping, because they feel so uncomfortable,” Watters says. “But that’s the time they need you most. And anything will help. A lasagna, help cleaning the house.” That childhood experience inspired the charity work Watters does today.

Watters partnered with Julie Talbert of the Talbert Family Foundation to “adopt” families in need during the holidays. She says most families are resistant to the idea of becoming charity recipients, proudly waving off help even as some try to find ways to feed their children. Eventually, she convinces them to accept some help for the sake of their kids. That’s when “Santa’s intern elves” sneak in to transform the family’s home into “Extreme Makeover, Christmas Edition,” says Watters.

Three years ago, Nary Sherry’s son was battling leukemia and the family wasn’t planning on celebrating Christmas. “We were putting one foot in front of the other, just trying to get through the day,” she says. Instead, Watters and her family worked their magic, and Sherry’s children woke to a living room filled with presents, gift cards, home-made greeting cards and glitter reindeer “footprints.”

Working For a Cure

When Shelle Dyne’s son was diagnosed at age 14 months with cycstic fibrosis – a genetic disease that causes fluid to build in the lungs and digestive tract – she refused to accept the grim prognosis that Jake’s life would end around age 37.

She founded an organization called Jake’s Ladder, which raises money for research through walks and galas that benefit the Cystic Fibrosis Foundation. It is not uncommon to see families of all ages walking the course to raise awareness and find a cure. To date, they’ve raised $1.7 million, and Dyne says the improved treatments over the years have allowed her son, now 12, to participate in most activities just like any other middle-schooler.

The Friedman family is lending a digital hand. After her diagnosis with dementia in 2005, Fay Eisenberg stopped talking. No one had heard her voice in more than three years when her grandson, Adam Friedman, inspired by an article he read, loaded an iPod with her favorite music and popped headphones onto her head.

About three months later, Eisenberg called Friedman’s mom, sounding like her old self. She reported on the latest goings-on and asked about the well-being of her great-grandkids. The music had brought her back to them. 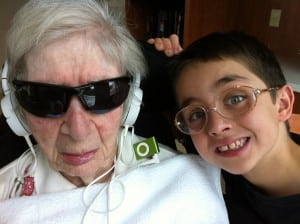 Liam Friedman with his great grandmother, whose dementia symptoms were eased by her favorite music. PHOTO COURTESY KAREN FRIEDMAN

Adam’s wife, Karen, has taken on the mission, now called the Soothing Sounds Project. Flanked by sons Julian, 12, and Liam, 10, she is working to fill as many iPods as possible with music they hope will reach others who have slipped away. Relatives of those living in the dementia units of The Los Angeles Jewish Home and The Motion Picture Television Hospital provide clues to the types of music their loved ones listened to in their youth. To date, the Friedmans have donated about 45 iPods and are constantly asked to provide more.

Change For the Future

All of these parents have seen their efforts create change in the lives of those in need, but also in the lives of their children. Robyn, the girl removed from Britt Barder’s care, is now grown and studying to become a caseworker for Children’s Protective Services.

Schwarz says that helping others is instinctive for her kids. The first thing they say when they realize they have two of something is that they should donate it.

When Julian Friedman travels to Israel this year to have his Bar Mitzvah celebrated, he will bring iPods filled with music to donate to the dementia unit at a facility for the elderly in Jerusalem.

And Watters says that her kids are now more excited about creating magical moments for other families than about opening their own gifts on Christmas morning.

Rina Baraz Nehdar is an L.A. writer and mom of two boys. 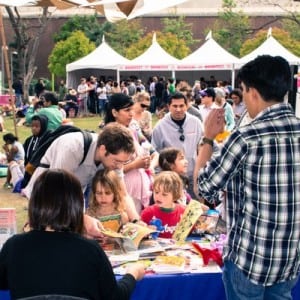 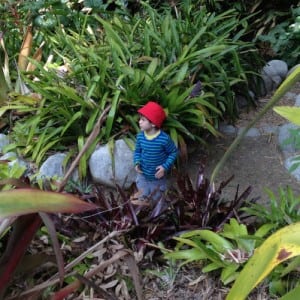 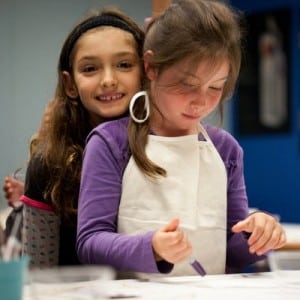 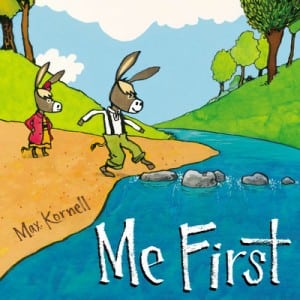 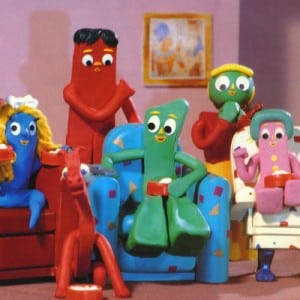 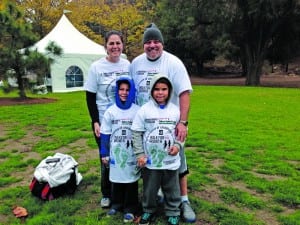