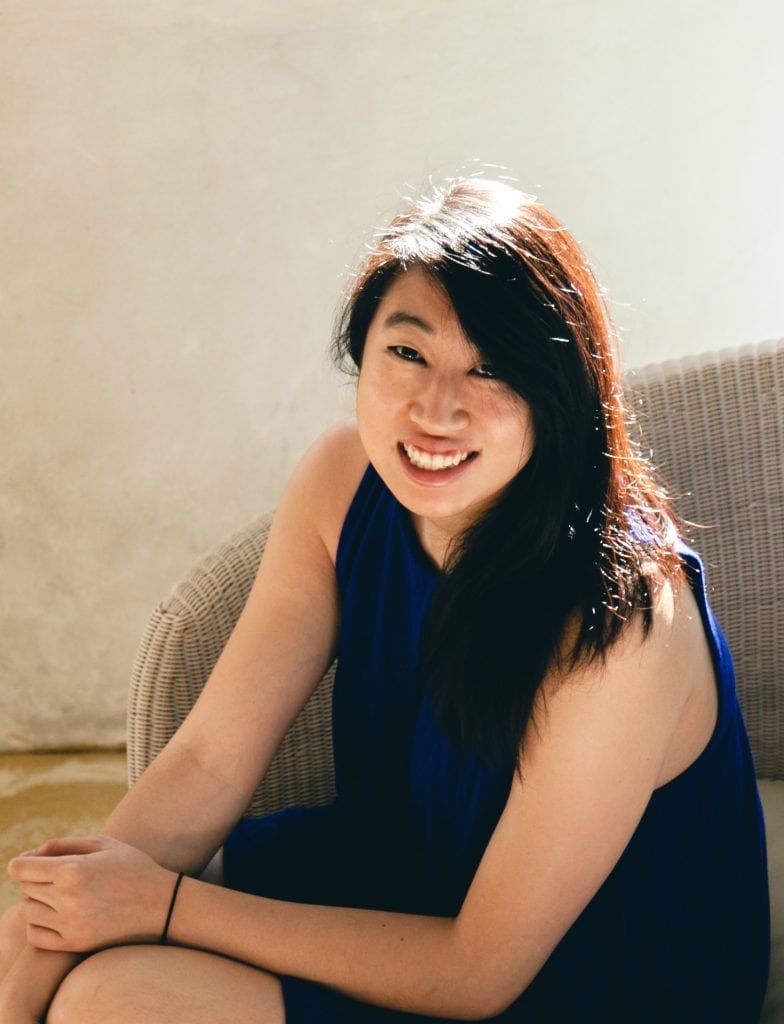 Inspiration for a writer can come for almost anywhere. An overheard conversation. A story on the news. Two paths diverged in the woods. For Booki Vivat, it was a doodle she drew that said: “I live my life in a constant state of impending doom.” That drawing evolved, eventually, into Vivat’s delightful debut book “FRAZZLED: Everyday Disasters and Impending Doom” (due out Sept. 27 from HarperCollins Children’s Books). The book is about Abbie Wu, a girl entering middle school who Vivat describes as being full of feelings, fears and, yes, “impending doom.”

I got to ask the author about creating this colorful character and her charming middle-grade book and what the New York-based Ventura County native misses about Southern California.

How was it to revisit the world of middle school? Were there things that you had forgotten about or wish that you hadn’t remembered?

After I left middle school, I never thought I’d have to look back, but here I am, writing a book that practically demands it. I guess it’s kind of inevitable that so many aspects of Abbie’s story are rooted in my own personal experiences. As I was writing, I felt like I was both excavating my past for inspiration and working through my own unresolved feelings about growing up.

You include a lot of drawings in your book. Did the drawings or the words come easier to you?

At first, I focused only on text, but it wasn’t until I tried writing and drawing simultaneously that the whole process began to flow more naturally. Sometimes I’d write a scene and figure out what I wanted to draw later. Other times I had an image in my head and would write around that. “FRAZZLED” is heavily illustrated, but it’s much less structured than a comic or graphic novel. The layout and structure varies from page to page, so my creative process was constantly adapting and evolving as I was telling the story.

The book seems something like a humorous guidebook for kids before they reach middle school. Besides enjoying reading it, is there something that you hope children come away with from the book?

Vivat: Beneath all the hilarity and impending doom, “FRAZZLED” is, at its core, a book about trying to figure out who you are, where you belong and realizing that sometimes it’s OK not to know. The worst part about growing up is the impossible pressure to have things all figured out. There’s so much fear associated with the unknown—especially for kids!

Abbie goes into middle school feeling overwhelmed and underprepared. She really just wants to survive, but what she learns is that even in her angst and uncertainty, she has power and a voice and a right to be seen. I want my readers to know that their feelings and emotions are valid. It’s OK not to know what you’re doing or to feel uncertain about doing it, just as long as you don’t let that feeling stop you from actually doing things. In the end, the most important thing is staying true to yourself and the people you care about.

What did it feel like what you got to hold your finished book for the first time?

One of the first thoughts that went through my head was, “Did I really make this?” The whole thing felt so surreal. Up until that point, I had been through so many different iterations of the story— from the brainstorming to rough sketches to final art, from the earliest drafts to revisions to that final pass. Seeing the book in its completed form made me pause and reflect on the whole process from beginning to end. It was the first time that “FRAZZLED” felt like a real book.

You grew up in Southern California. Are there things that you miss about it now that you live in New York?

The longer I’m away, the more I appreciate growing up in Southern California. I was raised in the suburbs of Ventura County and went to school in San Diego, which practically feels like another world compared to New York. I miss that drive down the California coast, quality tacos and carne asada fries, and the weather. Aside from L.A. traffic and the looming threat of earthquakes, there’s a comfort and ease to California that I haven’t quite found anywhere else. I think, no matter where I go, California will always feel like home.

Do you have more Abbie Wu adventures in mind?

Flannery O’Connor has a quote that basically says if you’ve survived childhood, you have enough to write about for the rest of your life. Middle school was a formative time for me and I have a lot of material to work with, so this is definitely not the last you’ll see of Abbie Wu. She still has a long way to go before she makes it out of middle school!

Booki Vivat will be appearing at Vroman’s Books (695 E Colorado Blvd., Pasadena) on Oct. 3 at 7 p.m. to talk about “FRAZZLED” and sign copies of the book.