The pandemic has made life different for all of us. But for Grace Rose, teen co-founder of the Grace Rose Foundation, some things have stayed the same. Grace Rose has cystic fibrosis. In people with this life-threatening condition, the lungs produce thick mucus that can obstruct breathing and clog the pancreas and sinuses.

The disease affects around 300,000 people in the U.S., and there is currently no cure. Advances in treatment have led to longer life expectancy for people with CF, but many still only live into their 30s. Because of her condition, Grace Rose is used to things like staying home, wearing a facemask and homeschool. “It’s exactly how she lives,” says her mom, Leah Bauer. “At least now, the world can relate.”

But Grace Rose and Bauer have never taken CF sitting down. Together, they created the Grace Rose Foundation and have been holding annual fundraisers for the past 16 years. They’re dedicated to helping find a cure.

They are also creative in their approach. Grace Rose has her own fashion line, Rosie G, so the fundraiser has always been a fashion show. This year, they’re going with an online auction instead.

From Oct. 9-23, a variety of packages will be up for bid. Travel packages include a stay at a boutique hotel in New Orleans, a shopping trip in New York and a trip to Iceland – when you’re ready to go. “All of our travel packages are very open ended,” Bauer says. Virtual experiences available to the highest bidder include a cooking lesson with a celebrity chef, wine tasting with a sommelier and a virtual opera lesson.

Also available are a variety of fashion boxes (each including a mask) with prices ranging from $25 to $500 and items from Rosie G, Lingua Franca, TOMS and other fashion lines.

The pandemic has also helped broaden the focus of one of the foundation’s projects. During her freshman year of high school, Grace Rose, who is now a senior, experienced severe anxiety and panic attacks. She sought help from a psychiatrist specializing in adolescents with life-threatening conditions. But she also learned mindfulness and meditation techniques that helped her cope.

Last year, the foundation dedicated its fundraising to creating a mental-health app that could bring these techniques to teens facing chronic illness, hospitalizations and medical procedures. This year, things changed. “As we started doing our research and handing out questionnaires and getting feedback, Grace Rose’s teenage friends [without medical conditions] were like, ‘What about us?’” Bauer says. “It’s taken on a much bigger life.” The app, which is in the prototype phase, will now be available to all teens. This year’s auction will provide another infusion of funds for development.

Funds will also support a project that Grace Rose began in second grade and finally found time to finish: a coloring book for kids in the hospital. Called “Hospital Heroes,” it features a multicultural cast of characters and story created by Grace Rose. Each faces a different health challenge and has corresponding superpowers. Ocean, who has cystic fibrosis, has super-strong lung power. Liv, who has a brain stem glioma, has super intuition. They and the five other heroes band together to protect a boy being bullied at school.

The book is designed for ages 5-12 and includes a glossary of terms at the end. “It’s to teach them a little bit about empathy, about handling bullies, and also coloring, which Grace Rose found when she was little was a very comforting, creative tool while in the hospital,” Bauer says. Books are available for donation (along with boxes of crayons) to children in at least six hospitals, including Children’s Hospital Los Angeles.

For more information on the auction and fundraiser, and to bid on auction items and purchase fashion boxes or coloring books, click here. 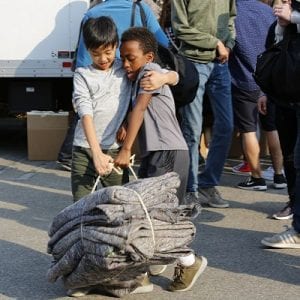 Helping Out in L.A. 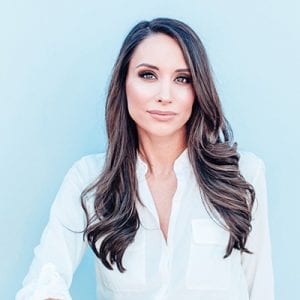 Simona Grace, founder of Moms in Office, is California Mother of the Year 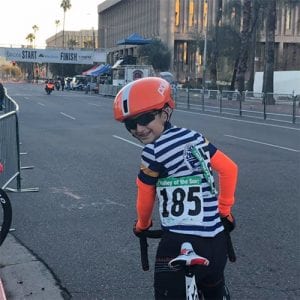 Youth Cycling Association: Paving a Road to Cycling for All 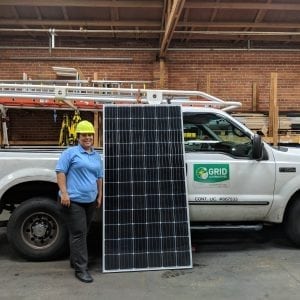 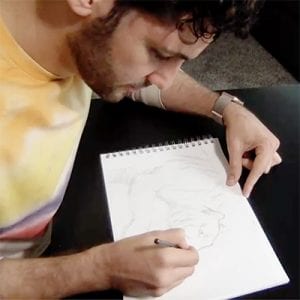 Volunteers Pitch in to Create Now