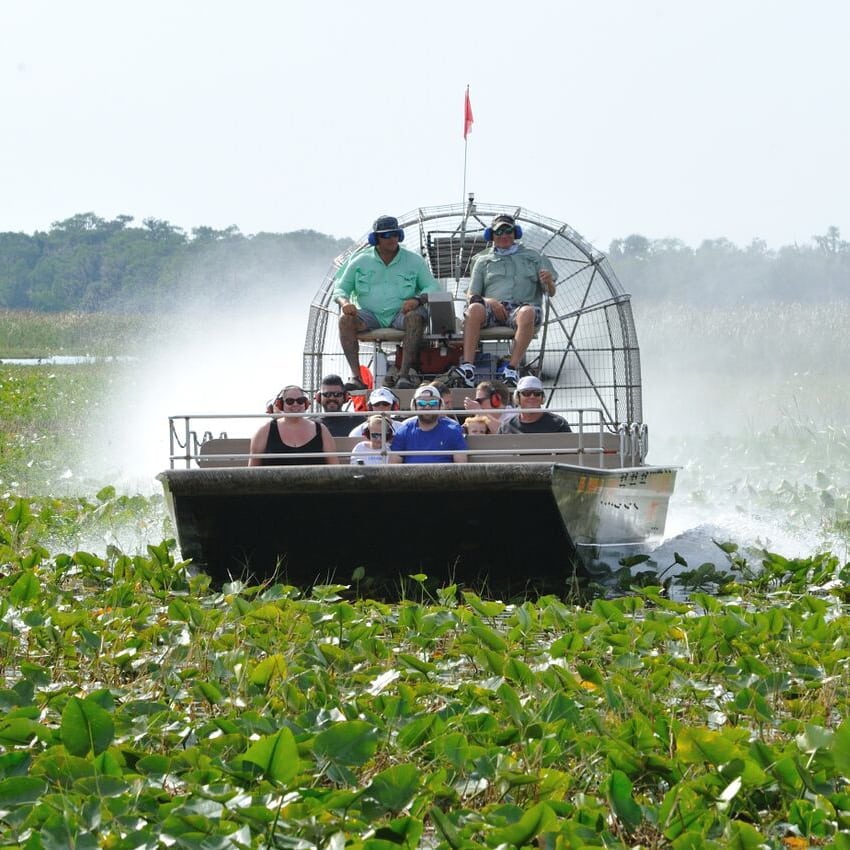 I’ve been visiting Orlando once or twice a year since my mother moved there 20 years ago, and while Walt Disney World held its magic during those early years – and then again when I became a mom, watching my little boy’s eyes light up with wonder – these days, my family and I rarely make it to the home of the Magic Kingdom. As L.A. residents, we’ve got Disneyland in our back pockets. Besides, there’s much to see and do beyond Disney.

Sure, you could possibly glimpse a gator somewhere along a road in Orlando, but why keep your eyes peeled for that rare sighting when you can head over to Gatorland. At this “Alligator Capital of the World,” you’ll see all the alligators and crocodiles you never knew you wanted to see.

We’re talking thousands of them – from baby gators to saltwater crocs to an alligator named Pops who has appeared in more than a dozen TV shows, commercials and movies. The Gatorland park is part of an ecosystem that stretches through the middle of the state to the Everglades. You will feel as though you are in another world as you take the swamp walk or watch a “gator wrestle.” 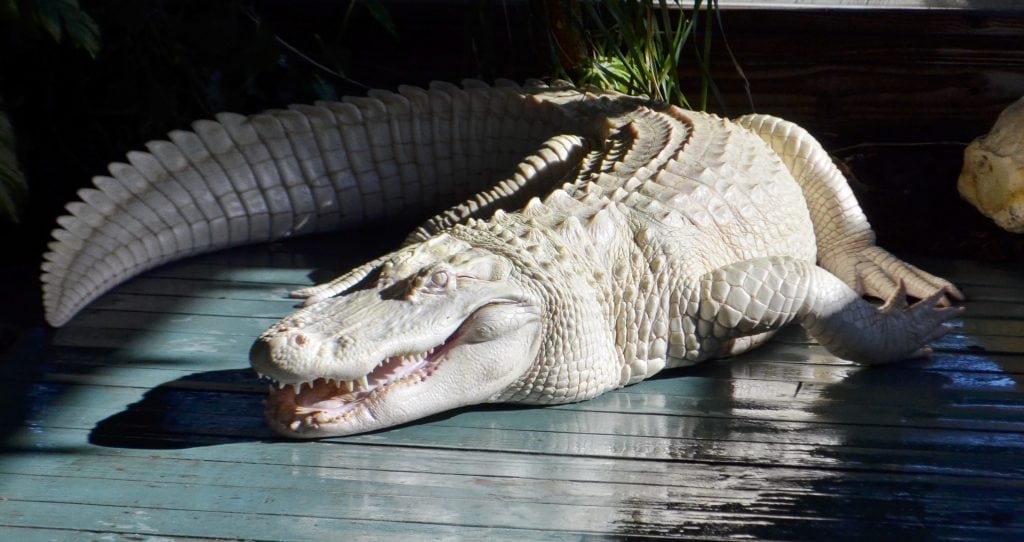 Check out all manner of alligators and crocodiles at Gatorland, including white alligators. PHOTO COURTESY GATORLAND

There’s also a petting zoo (farm animals, not gators), an observation tower, a zip line, a gift shop and an off-road adventure called the “Bone Crusher.” If all that gator-gazing isn’t enough, you can chow down on some gator nuggets in one of the park’s cafes.  See www.gatorland.com.

If you want to take your swamp tour a step further, try one of Orlando’s airboat swamp tours, such as Boggy Creek Airboat Adventures. These adventures will have you riding across the wetlands in search of exotic birds, turtles and the Florida alligator in the Everglades.

Since the hit show “Stranger Things” came out, your kids might be obsessed with the “upside-down world,” so they will love a trip to Orlando’s WonderWorks, a science-focused amusement park housed inside an upside-down 35,000-square-foot mansion located on the popular International Drive. Don’t expect the folks at WonderWorks to explain this strange building, though. Check out the website for a tall and fascinating tale involving the Bermuda Triangle and a lab experiment gone wrong. Inside the mansion, you’ll find more than 100 interactive exhibits that will stretch and sometimes blow your mind.

Explore natural disasters, astronomy and art, then get physical on an above-ground indoor ropes course, black-lit laser tag and inside a 4-D XD motion theater. If you stick around for dinner, you can take advantage of the comedy-magic dinner show. 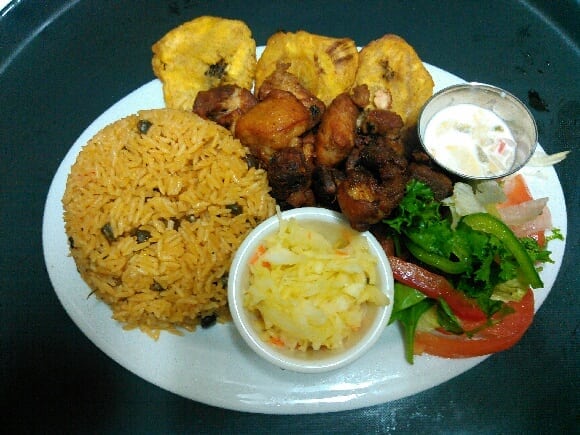 I don’t know about you, but there’s something about being in the South that just makes me want to eat – and eat and eat. Florida awakens cravings for tropical thirst-quenchers, key lime pie and all manner of Caribbean and southern foods. But since Jamaican fare and soul food abound in L.A., I always go for Haitian or Cuban food when I’m in Orlando. For delicious – and budget-friendly – Hatian food, try Kreyol Kafe & Bakery, where lunch specials are just $3.99 and dinner plates are big enough to share with one or two more people. They’ve got dishes sure to please even picky eaters – fried turkey, chicken and red snapper – as well as those looking for an authentic Hatian meal – black rice with shrimp, poisson gro sel, conch, fried plantains.

After all that good food, take a quick drive to Eatonville, which is six miles outside Orlando and was one of the first historic all-black towns incorporated in the U.S. after the Emancipation Proclamation. You’ll know you’re there when you see the overhead sign that reads “The Town That Freedom Built.” Go ahead and start looking for parking. If you have time, consider a walking tour of Eatonville (preserveeatonville.org) to view historic churches, the first cemetery and, what is sure not to be missed, the Zora Neale Hurston National Museum of Fine Arts, located on the main drag, Kennedy Boulevard. Hurston, who grew up in Eatonville and came to fame with the publication of her novel “Their Eyes Were Watching God,” was a folklorist and anthropologist who used literature and interviews to capture the dialects and ways of life in southern African American culture. 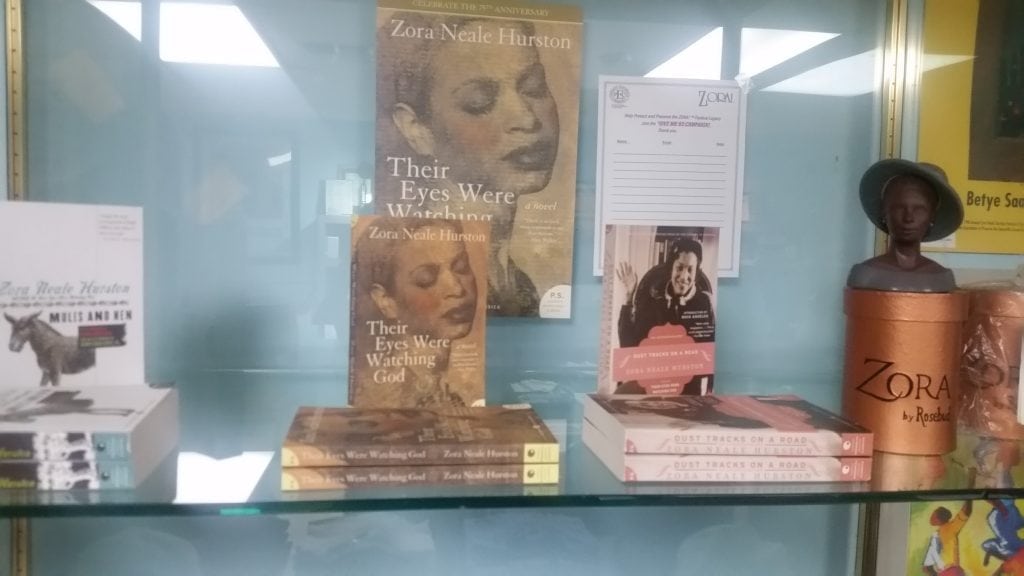 A visit to the town of Eatonville and its Zora Neale Hurston National Museum of Fine Arts is a must. PHOTO BY CASSANDRA LANE

She died in 1960, but her work lives on, and her unreleased book, “Barracoon: The Story of the Last Slave,” will be published this year. Eatonville is also home to the popular Zora Neal Hurston Festival of the Arts and Humanities, which is held each January.

Why stay stuck in the city when a 45-mile eastbound drive will let you explore outer space at the Kennedy Space Center (kennedyspacecenter.com) in Cape Canaveral? The Kennedy Space Center Visitor Complex is massive, so it’s divided into Mission Zones to help you navigate the attractions and experiences. Check out Heroes & Legends, which celebrates pioneers of NASA’s early space programs; Behind the Gates for access to historic launch sites and working spaceflight facilities; Race to the Moon, where you can see the size and scale of the Saturn V moon rocket and bask in the excitement of the Apollo era through a curated collection of experiences. Stand in awe of an American icon: the actual space shuttle Atlantis. There’s also a “liftoff” shuttle experience, eateries, space talks with astronauts and gift shops galore.

I’ve almost missed my plane ride back to L.A. – twice. Why? Because I waited until the final hour to get my café Cubano fix. If you make this same mistake, stop by ZaZa Café at Orlando International Airport to grab a cup of earthy espresso balanced by that signature layer of sweet cream. Just get there early!

A Louisiana native, Cassandra Lane now lives with her family in L.A. and is the managing editor of L.A. Parent.