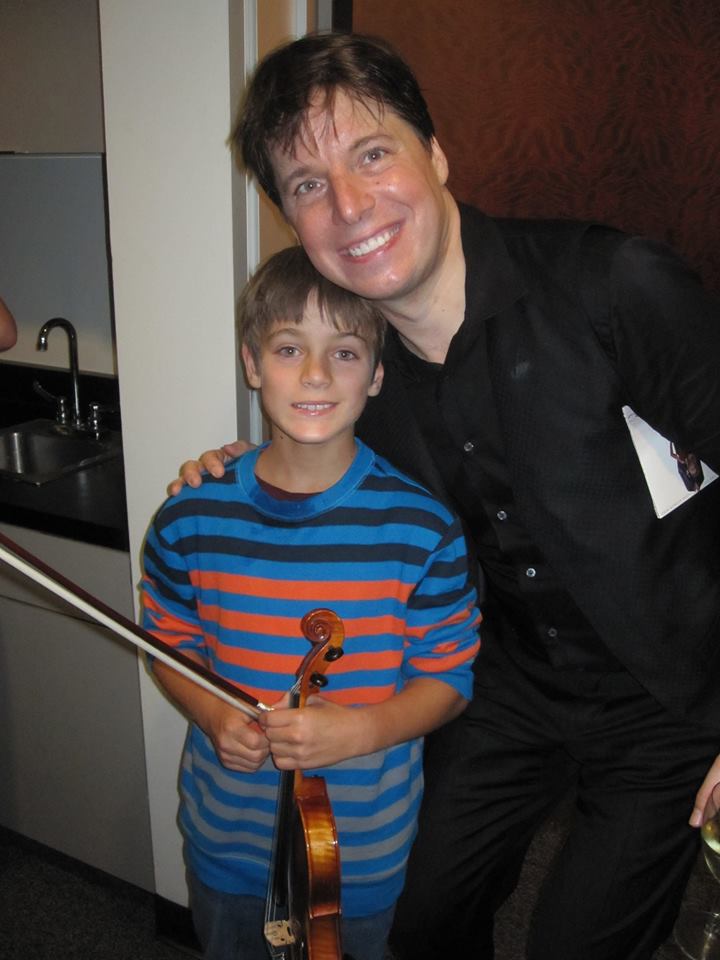 After seeing a YouTube video of Wesley playing violin, he was offered tickets to Bell’s July 8 concert at the Hollywood Bowl and backstage passes to meet the violinist following the show. Bell introduced himself to Wesley, encouraged him to continue practicing, and even signed Wesley’s violin. Wesley also got to meet Glenn Close, who performed with Bell.

Wesley was one of only about 10 people who were invited backstage, making this an inspirational and unforgettable experience for him. Wesley attends Mar Vista Elementary School and Cornerstone Music Conservatory, and he left the concert saying that he would one day perform at the Hollywood bowl, too.