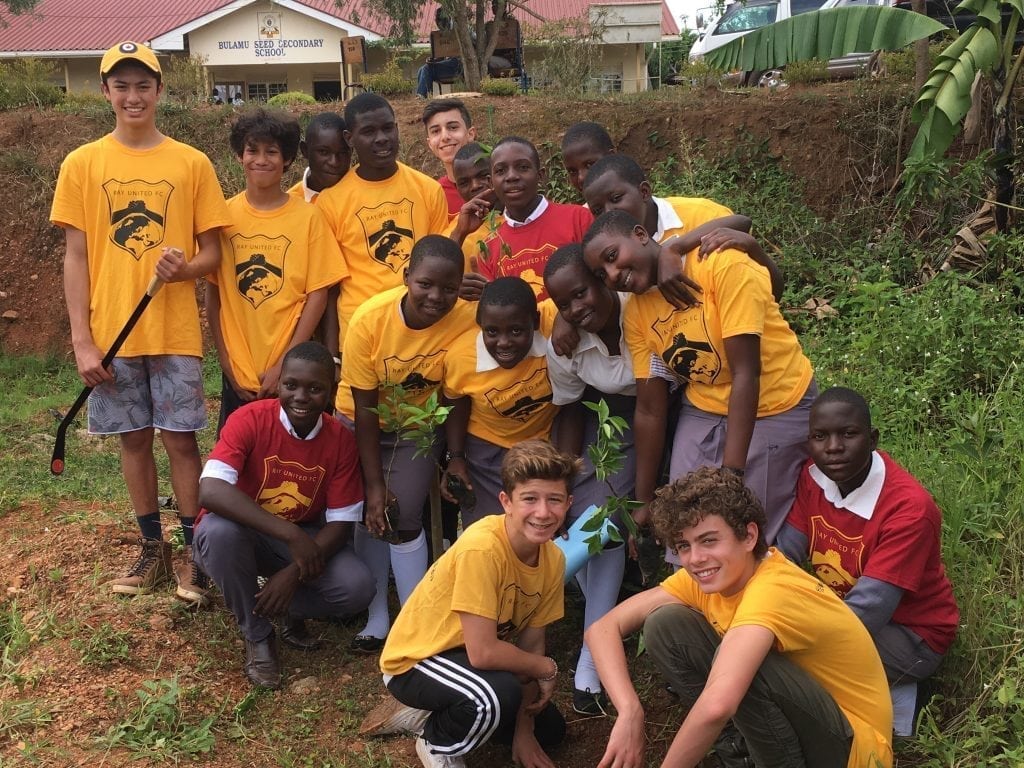 When Ray Wipfli, bottom left, was 10, he left his La Cañada-Flintridge hometown to accompany his mother on an international work trip that would prove life-changing for him. Wanting to connect with the children he would meet in Uganda, Wipfli brought 250 pounds of soccer equipment as gifts. An avid soccer player, he was floored by the outpouring of excitement and gratitude the Ugandans showed him, and that experience transformed him into a philanthropist. In 2014, Wipfli founded Ray United FC, a nonprofit that has raised more than $130,000 to fund soccer training and health camps in Uganda. His work has received national acclaim, earning him the 2017 Gloria Barron Prize for Young Heroes. Each year, the Barron Prize celebrates 25 inspiring, public-spirited young people from across North America who have made a significant positive difference to people and the environment.