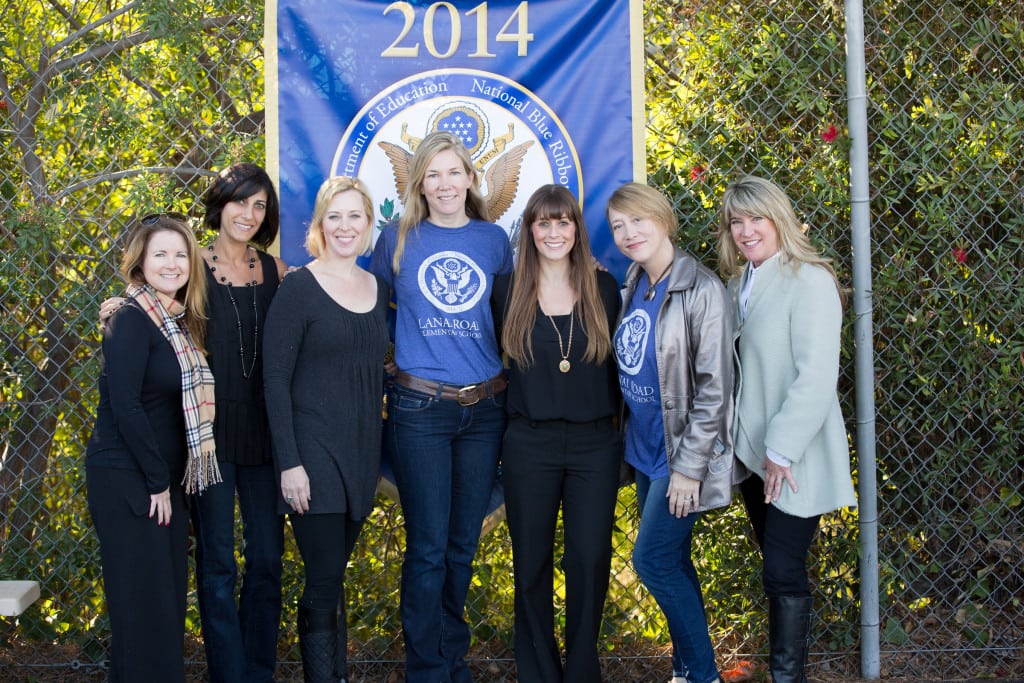 When my husband and I bought our house in a quiet, tree-lined neighborhood in the west San Fernando Valley, we assumed our kids would eventually attend the local elementary school just down the street. But our tour a year before our oldest daughter was about to enter kindergarten left us feeling disappointed and panicked. Test scores were below average, enrichment programs such as art and music were not offered, there weren’t many kids from the neighborhood, and parent involvement was minimal.

We talked to our neighbors and it turned out that everyone had a Plan B. Some were investing in private L.A. schools, others were applying to magnet schools, and some were moving out of the area into smaller school districts. We applied for and received a permit to attend a public school three miles north of us that had stellar test scores, a community garden, neighborhood kids and an army of parent volunteers.

At the same time that my neighbors and I chose to leave our neighborhood school to give our kids better options, a group of moms in Encino decided to stay and devote their time to rebuilding their school into the community anchor it had been a generation before. When I attended the Blue Ribbon ceremony at Lanai Road Elementary School last year, I met the group of moms who started it all. It was their drive to create a neighborhood school, their willingness to work long hours, and their shrewd ability to mobilize other moms and tap into the power of local businesses that allowed them to transform not only the enrollment of the school, but its entire culture.

Sixteen years after they began their efforts, the school is thriving with the support of the community, serving as an important reminder of how critical parent involvement is to the success of any school. 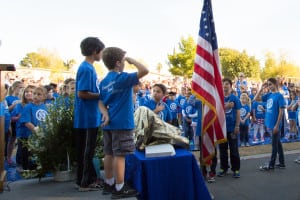 “When I first started teaching here, there was no neighborhood support,” recalls second-grade teacher Marisa Ayola, who has worked at Lanai for 18 years. “About 85 percent of the kids were bused in, and we rarely saw the parents. We had to share books and buy a lot of our own supplies. We really had to fend for ourselves.”

As Ayola and other teachers were trying to figure out the best way to give their students the education they deserved with the limited resources they had, Jeannie Kamm, a young mom living just down the street, was starting to worry about her sons’ school options. She and her husband loved their quiet, well-kept San Fernando Valley neighborhood. They believed in public education, but their local school felt deserted.

“The school was barely keeping its doors open,” says Kamm. “There was no art or music, just the bare bones. Even the yard looked abandoned, with weeds growing.”

One morning 16 years ago, Kamm was reading the Los Angeles Times and came across an article about the “Beverlywood Moms,” four mothers in West L.A. who turned Canfield Elementary back into a neighborhood school after years of neglect. Kamm was inspired. She started calling the neighbors she knew.

After several phone calls and one neighbor talking to another, Kamm got in touch with one of the Beverlywood Moms, who shared with her a binder full of ideas and a step-by-step guide to fundraising and mobilizing the community. 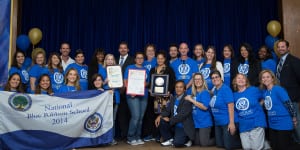 Kamm was off and running. She and a handful of other moms became friends and collaborators. They started calling neighbors, going to PTA meetings, talking to the principal. They soon formed Friends of Lanai, a grassroots organization, to raise funds and awareness for the school. At the time, their kids were all babies or toddlers.

“I had a 2-year-old and a baby. I think I was very hormonal,” Kamm says with a laugh. “I took it on not knowing where it would take me.”

Starting the work of rebuilding the school while their kids were too young to attend was one of the main factors that led to the group’s success. “We started early enough that by the time our kids were entering kindergarten, we had already made so much progress,” says Laurie Bahar, one of the founding members of Friends of Lanai. Her oldest son was just 1 when she started her volunteer efforts.

The original Friends of Lanai moms were not former union organizers or Washington lobbyists. They were teachers, accountants and bookkeepers. They had never done anything like this before, but their lack of experience was overshadowed by their unrelenting determination. They were meticulously organized and strategic in their plan to rebuild their school.

“We were very focused – neighborhood families going to a neighborhood school,” says Miki Chase, another original Friends of Lanai mom, who attended Lanai herself and will see her third child graduate from the school this year. “We created a five-year plan with very specific goals.”

The first order of business was building a database of interested families. “We would put our kids to bed and start cold-calling neighbors,” says Kamm, who is now LAUSD’s deputy of school and community affairs. “The more people we talked to, the more we realized there was definitely a desire for a neighborhood school.”

The group started attending any and all events where they could meet more neighbors and spread the news about the changes at Lanai. They went to chamber of commerce meetings and neighborhood association gatherings. They hosted lunches for local realtors. “We created positive ‘hearsay.’ We wanted everyone to know what was happening at Lanai,” says Chase.

Within a few months, they had 1,000 names in their database. 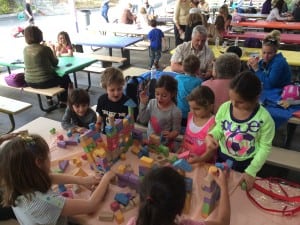 The next step was bringing the families together. Friends of Lanai started community-building programs including picnics in the park and wine-and-cheese gatherings for prospective parents at neighborhood homes. They held fun play dates for pre-kindergarten kids and their families.

Every chance they had, they would present their vision for the school and ask families for support – financially and with volunteer hours. “We weren’t afraid to ask for money, and the parents donated significantly,” says Bahar. “But just as important were the volunteer hours. We couldn’t do it without the parents coming in and helping any way they could.”

With a growing network of parent and community supporters and a young, visionary new principal who was just starting at the school, Lanai was poised for change. With the first $1,200 raised, Friends of Lanai began the Art Docent Program, introducing students to famous artists with hands-on studio projects. Chase, a teacher, started volunteering as an art docent two years before her son started kindergarten.

“Once Friends of Lanai started, we noticed changes,” says second-grade teacher Ingrid Colon, who has worked at Lanai for 18 years. “They started asking us, the teachers, what we needed. No one had done that before.”

Each year, the number of parent volunteers grew and so did the fundraising efforts. The original Friends of Lanai moms not only brought back neighborhood kids to Lanai, they created a unique culture and legacy that is evident throughout the school. There is a sense of teamwork and camaraderie among parents, teachers and administrators. And volunteering is woven into the fabric of the school. Parents write grants, water the garden, man the drop-off lane in the morning, work on corporate fundraising, organize the school’s annual gala and Halloween carnival, help set up and clean up during science lab and perform countless other duties throughout the year.

“What’s special about this school is that everyone just steps up,” says Principal Erick Hansen. “Everyone has an impact.” 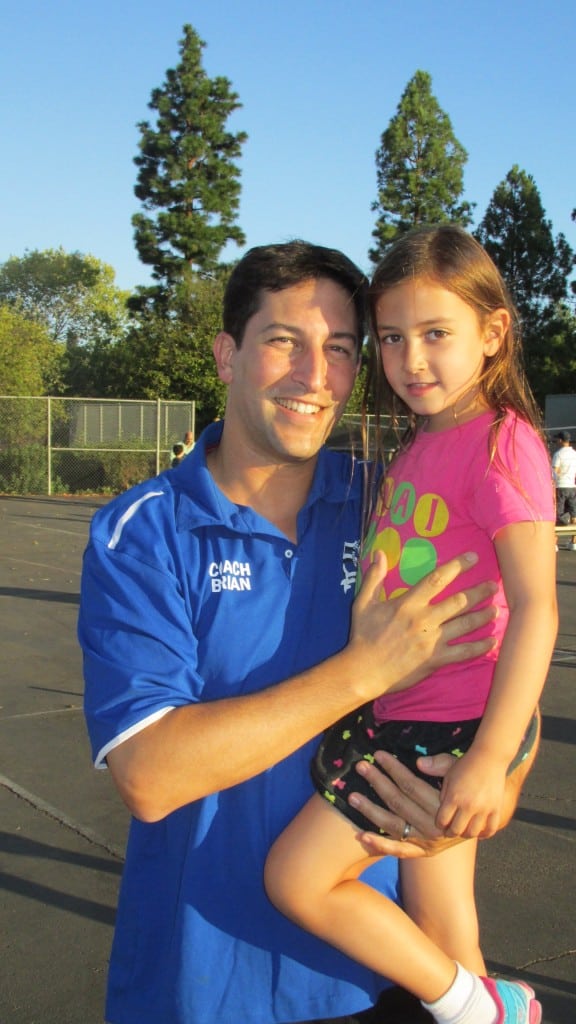 The school continues adding community-building events such as Grandparents Game Day, Dads Walk Your Child to School Day and Harvest of the Month. “These are not costly events, but they are fun and they keep our families engaged and it brings the community together,” says Jennifer Wexler, PTA president. “These wonderful seeds were planted, and now we are seeing the full bloom. One of my main goals is to maintain these enhancements and continue to engage the younger families.”

In the 2013-2014 school year, Friends of Lanai raised close to $600,000. The booster money helps fund classroom aides, a computer lab and instructors, a garden program, music and chorus teachers, an orchestra program, a physical education coach, a health aide, a science lab and instructor, intervention support, a drama and art program and educational support programs and materials.

“To say we have great parental involvement is an understatement,” says Pondra Perkins, president of Friends of Lanai. “In order for us to raise the amount of money we raise, it takes thousands of volunteer hours. There is a lot of effort to make this happen.”

Their work on the transformation of Lanai has had a lasting impact on these moms. “Of all the work I have done in my life, what we did at Lanai was the hardest. But it was truly the most rewarding,” says Bahar, echoing the sentiment of all the original Friends of Lanai moms.

This experience has also taught them valuable lessons about parents’ role in their child’s school. They urge young parents to:

Lanai Road Elementary serves as a terrific example of the importance of the parents’ involvement in the education process. Perkins sums it up best: “This is your neighborhood school – advocate for it, question it, be active, be involved,” she says. “Don’t let anyone change your voice.”