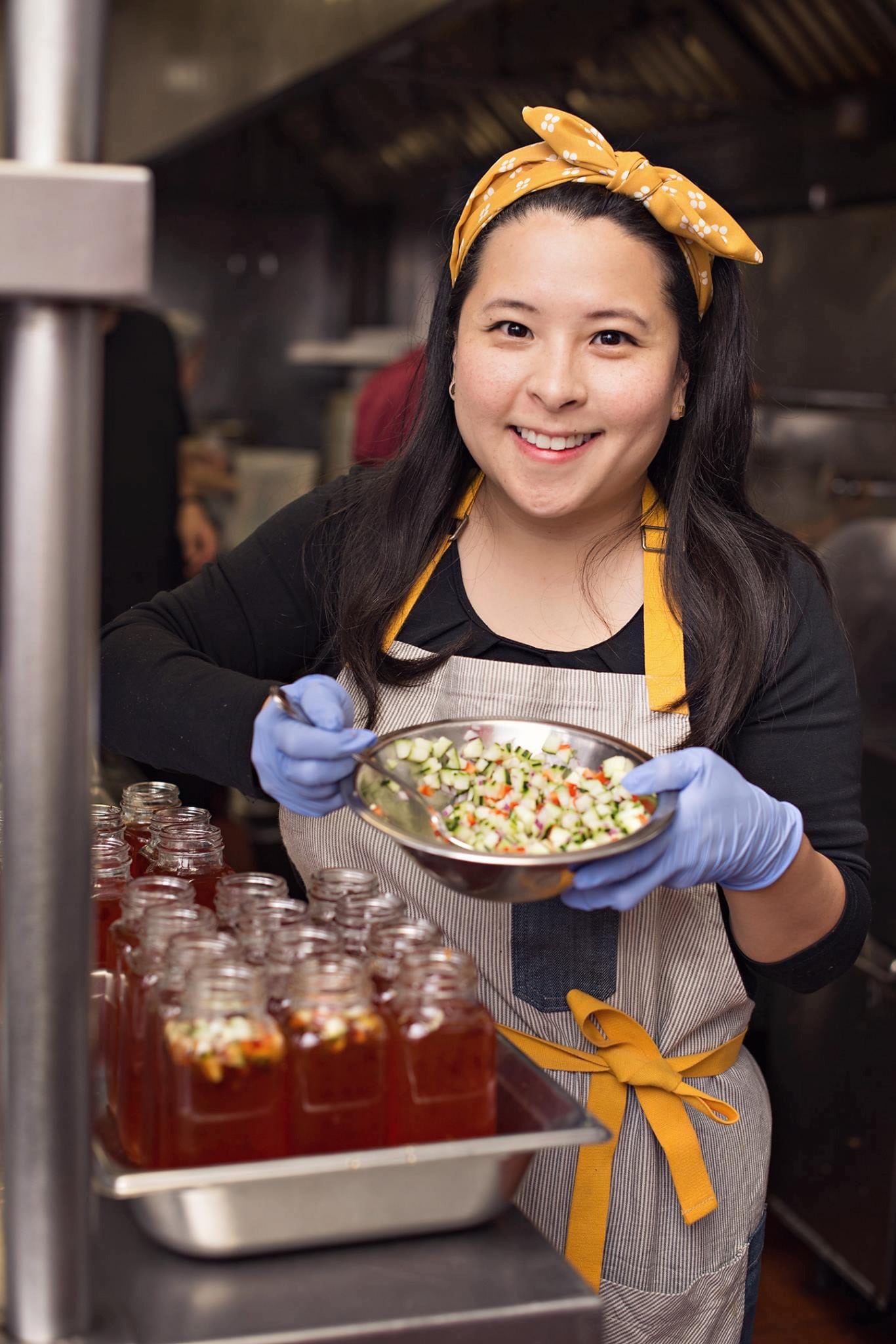 Vanda Asapahu runs her family’s Ayara Thai restaurant in Westchester. They make delicious sauces you can use at home. PHOTOS COURTESY AYARA THAI

It’s fair to say that Vanda Asapahu grew up grilling. That’s partly because she grew up Thai. “I’m a second-generation Thai American. My dad is Thai Chinese and my mom is northern Thai,” says Asapahu, who now runs her family’s restaurant, Ayara Thai Cuisine, in Westchester.

Her parents are self-taught chefs who founded the restaurant, so Asapahu grew up in SoCal eating plenty of Thai food. “My parents would cook their regional dishes, a mix of Thai Chinese and more rustic grilled Thai food from northern Thailand,” she says. But cooking these dinners was a family affair.

The kids in the family were first charged with learning to cook rice, and eventually given the responsibility of handling the grill. For this recipe, Asapahu suggests starting the chicken in the oven before transferring it to the grill, to help ensure that it cooks through without burning. “This comes from lessons as a kid. This is my adaptation,” she says.

This dish also incorporates lessons about flavor. “Taste everything and tell me what you’re tasting in the layers of flavor,” Asapahu’s father often told her when she was a kid. “Thai food is a layer of flavors from salty to sweet, sour – even bitter and spicy – all in one,” she says. “So he wanted me to taste everything and describe the flavors to him, because different dishes require the layers to be different.”

Cilantro root (not leaves!) is one flavor that might be new to some SoCal cooks, but Asapahu says it’s worth the effort to seek some out. (Check your local farmers market.) “The root actually has a lot of, lot of flavor in it,” Asapahu says, though you can substitute cilantro stems if you can’t find the root. For extra fun and great aroma, pound the spices with a mortar and pestle instead of using the food processor.

This chicken also gets a kick of flavor from Ayara’s Thai BBQ Sauce (available at ayaraproducts.com), which uses a combination of fresh and pickled garlic for “a little bit of sass.” But you need not limit yourself to chicken (though you can choose any combo of bone-in chicken parts you like). Asapahu’s family has used Cornish game hen, for instance. “At Thanksgiving, we might have it in a turkey version so that we could report back to school that we actually ate turkey for Thanksgiving,” she says.

Let the kids help with the marinade or teach them to make rice, add some ears of corn to the grill, and you’ll have a labor of love that’s a great family meal. “It’s a dish that definitely represents part of my childhood, learning how to cook and a passion for food,” Asapahu says. 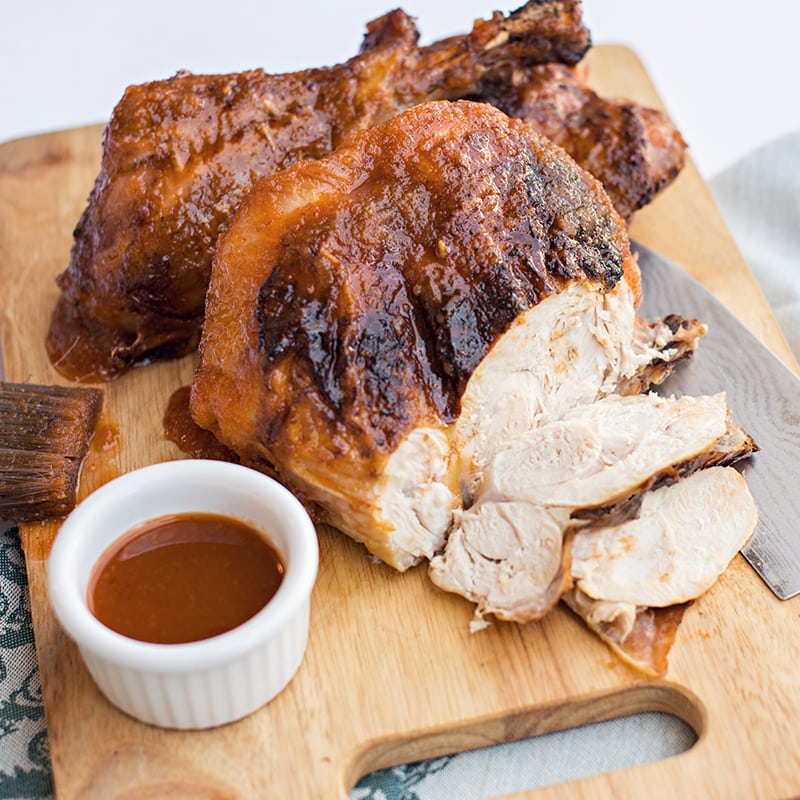 In a blender or food processor, or with a mortar and pestle, pulverize the lemongrass, ginger, garlic, cilantro and black pepper into a coarse paste.

In a large bowl, combine the paste with the coconut milk, turmeric, curry powder, sugar and fish sauce. Add the chicken and massage it for 3-5 minutes with tender love. Cover, refrigerate and let the chicken marinate for 24 hours.

Preheat the oven to 275 degrees Fahrenheit and preheat the barbecue grill.

Cut the chicken into at least six pieces, transfer to a roasting pan and bake for 15-25 minutes, to a temperature of at least 83 degrees. This will help start the cooking process.

Put the chicken on the grill at low flame (to avoid burning). Cook for approximately 20 minutes, until done (165 degrees).