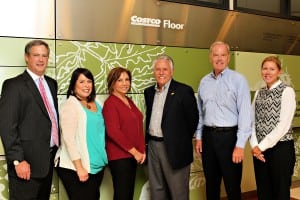 In honor of this gift, the second floor of the Marion and John E. Anderson Pavilion, home to the hospital’s Heart Institute, will be named the Costco Wholesale Floor.

“Costco Wholesale has been a significant partner in our mission to create hope and build healthier futures for the children of Southern California,” says Richard D. Cordova, president and CEO of Children’s Hospital Los Angeles. “Costco’s generous gift will directly impact our ability to provide world-class pediatric care, conduct ground-breaking medical research and train the next generation of clinicians.” 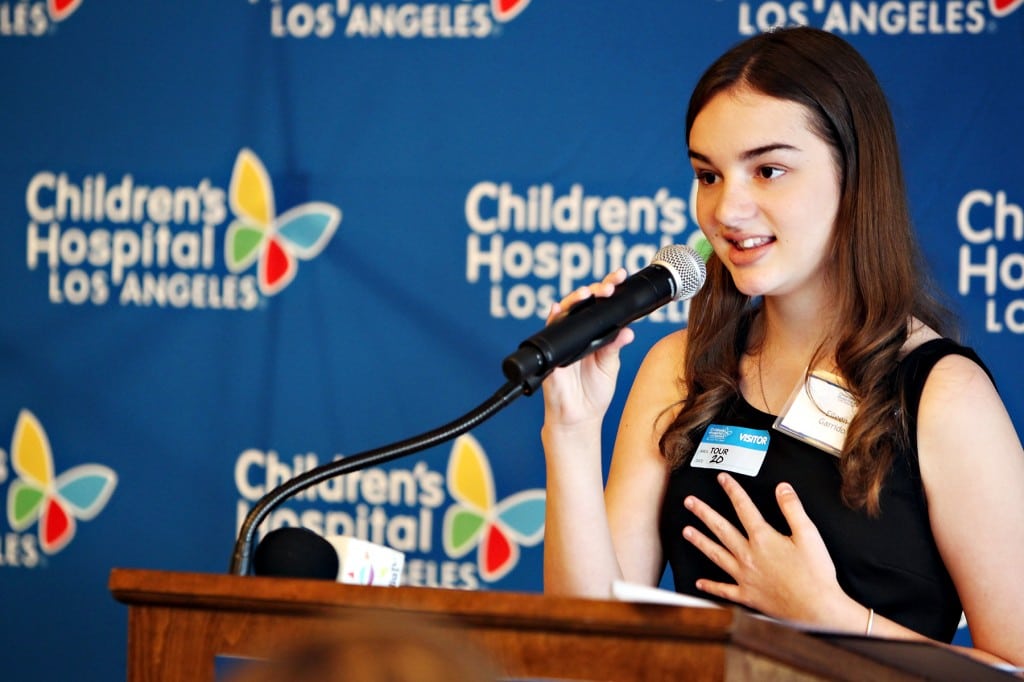 Eileen Garrido, 15, who had heart surgery at CHLA in June, addresses crowd and performs a song at the celebration. PHOTO COURTESY OF CHILDREN’S HOSPITAL LOS ANGELES

Since 1983, Costco Wholesale has donated more than $16 million to Children’s Hospital Los Angeles – with gifts coming from Costco’s shareholders, but also from club members, employees and business partners. Shoppers contribute at the registers every May as part of Costco’s month-long in-warehouse fundraising campaign; Costco employees volunteer their time to lead fundraising efforts; Costco business partners fundraise for the hospital at various charity events and the corporation matches all the gifts raised. Costco Wholesale’s commitment of $10 million over the next five years will support CHLA’s Children’s Fund, which is dedicated to the hospital’s research and clinical care programs.

“This gift to CHLA reflects our philosophy of being a responsible corporate citizen by doing our part to improve the communities where Costco operates and where its employees live and work,” says Bruce Greenwood, Costco Wholesale’s senior vice president, Los Angeles region.