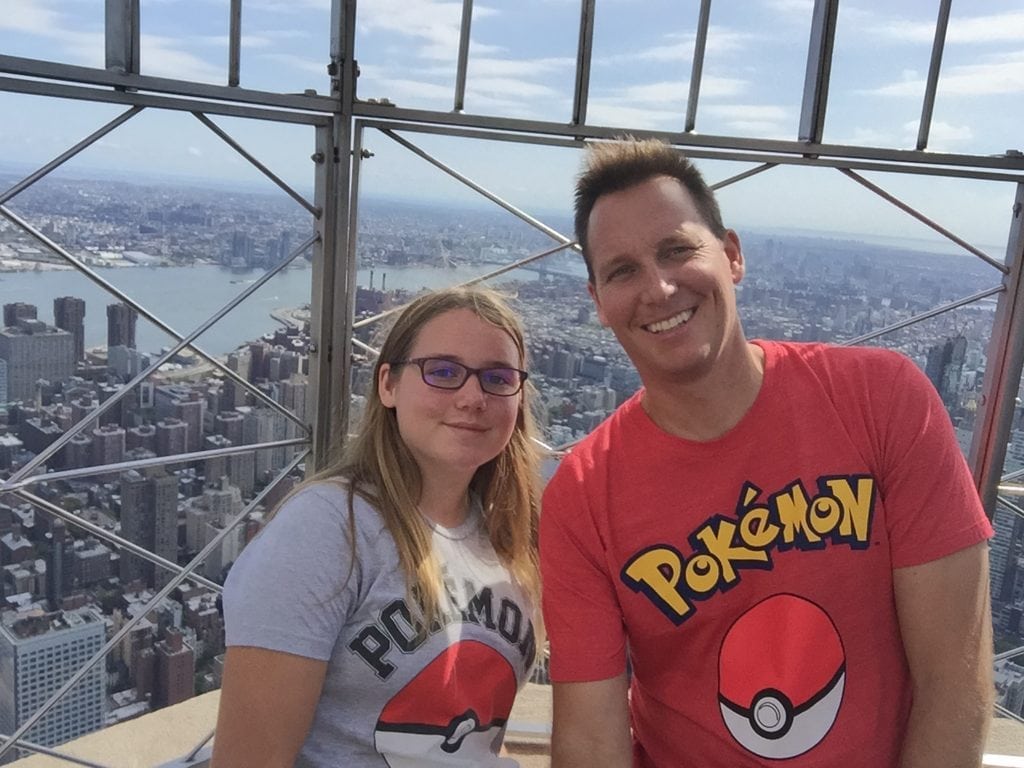 One was the exploding popularity of the smartphone game Pokemon Go, which in the summer of 2016 was played by millions of people, including his whole family. The other was how to find common ground with his 13-year-old daughter, who had become obsessed with catching its virtual characters to the point where he caught her sneaking out of the house to play.

“I was concerned because I had never seen my daughter addicted to something like that,” Pinvidic says, “and the idea that she snuck out of the house for a video game was outrageous.”

Drawing on the experience he gained making his first film, the 2014 feature-length documentary “Why I’m Not On Facebook,” Pinvidic directed the short “Why I’m Not On Pokemon Go” to chronicle his quest to understand the game and its appeal.

The 14-minute film started as a way for Pinvidic to explain why he wasn’t interested in the game that had caught fire across the world. “I really thought I would be against the game and the movie would be more about the dangers of online compulsion and teen cell phone use,” Pinvidic says.

But that’s not what happened.

To get to the bottom of Pokemon Go’s popularity, he interviewed everyone from the first player to catch every Pokemon to addiction specialist Dr. Drew Pinsky. He threw a Pokemon party, took his daughter to New York to hunt for characters in Central Park and went hunting for creatures everywhere. In the process, he began to appreciate the game and why his family was so into it.

“I fully expected to make fun of the game and come up with some rules to govern my kids’ play,” he says. “The realization that through this game I could connect to my daughter in ways I hadn’t considered was a complete bonus.”

While the film has been a success, winning a number of awards at film festivals, the time spent with his daughter was the best part of it for Pinvidic.

And while the game’s popularity has cooled, Pinvidic and his daughter still play it when they go out together. “Pokemon Go had fundamentally changed our relationship,” he says, “and I think it will help me be a better dad and make our next few years easier to manage – fingers crossed.”

Pinvidic’s short film “Why I’m Not On Pokemon Go” can be found on YouTube.