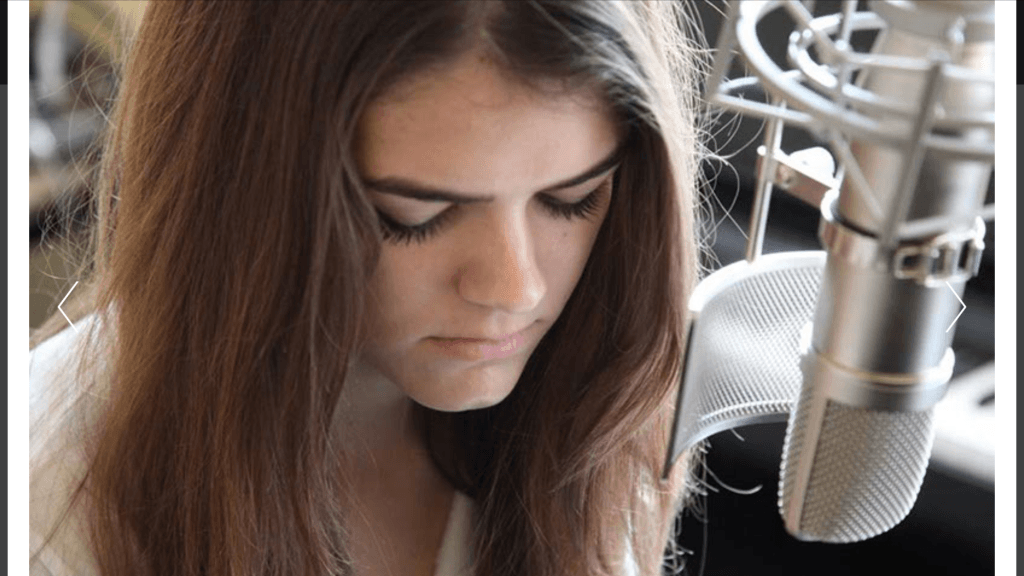 Somewhere between the worlds of the trilingual 5-year-old concert pianist and the student struggling through remedial classes lies another student. This is the average student, the one who neither breaks scholastic records nor lives on the edge of failure. He can easily be overlooked by teachers because he’s not putting cherry bombs in toilets, nor is he solving the world’s food-shortage problems. He is just getting by.

That’s not good enough for many parents, who reject their children’s average abilities and instead push feelings of failure onto their kids. “Everyone thinks their kids are the best and that puts a lot of pressure on them,” says Calabasas mom of two Faye Sokolsky.

Sokolsky says she saw right away that school was more difficult for her 8-year-old son, Calvin, than it was for her younger daughter, Sophia, who is 6. “It took him a long time to grasp reading, while his younger sister is already reading at his level,” says Sokolsky. “He’s good at math, but he goes so fast. He doesn’t pay attention and I could see him making a lot of mistakes because of that.”

Angelina Arrington, founder of Academic Savvy, a Culver City-based educational consulting firm, concurs that our society has a negative association with the idea of average. “Parents have a hard time with the idea that their child is just average,” she says. But it just isn’t realistic to expect every child to reach the pinnacle of academic achievement.

“If you put students in the box and only value the Ivy League education, you exclude the majority of the population,” says Stephen A. Johnson, founder of Bright Minds Tutoring in Beverly Hills.

Michelle Wapner grew up winning scholastic awards and spent most of her childhood in advanced classes, making her a likely candidate to burden her kids with feelings of ineptitude because their reality doesn’t match her own childhood experience. But Wapner teaches at Outside The Box, a Woodland Hills center where parents of kids ages 6 and younger go to learn about child development. This might have shaped her perspective.

“You need to be the parent for your child that they need,” Wapner tells parents. She describes sons Harrison, 14, and Bryson, 11, as average students. “I never worried about it,” Wapner says. “I would rather have a midline student who is excited and comprehends what he is learning and has social intelligence. I think that’s just as important as the academic component, if not more so.”

Mom Joy DuPuis says she has noticed that standards for students are rising higher and higher. DuPuis’s 17-year-old daughter, Annika, is preparing to apply for college. “She’s a 3.5 student and compared to the competition, she’s just average,” says DuPuis, who worries that Annika might not have the grades to get into her first-choice school, New York University.

But DuPuis says Annika has unique talents, and loves to sing and write songs. “A lot of times, the average student has a lot of emotional intelligence and creativity within them,” she says.

Educational therapist Shannon Kroner, Psy.D., who practices in Woodland Hills, says these differences are key to success. “I don’t think there is such thing as an average student,” Kroner says. “They all have something that they’re good at. They may struggle in some areas, but excel in others.”

Finding those areas of strength could help you guide your child off the path of “average” and onto the unique one she or he was meant to follow, even if it doesn’t go through the land of straight A’s. 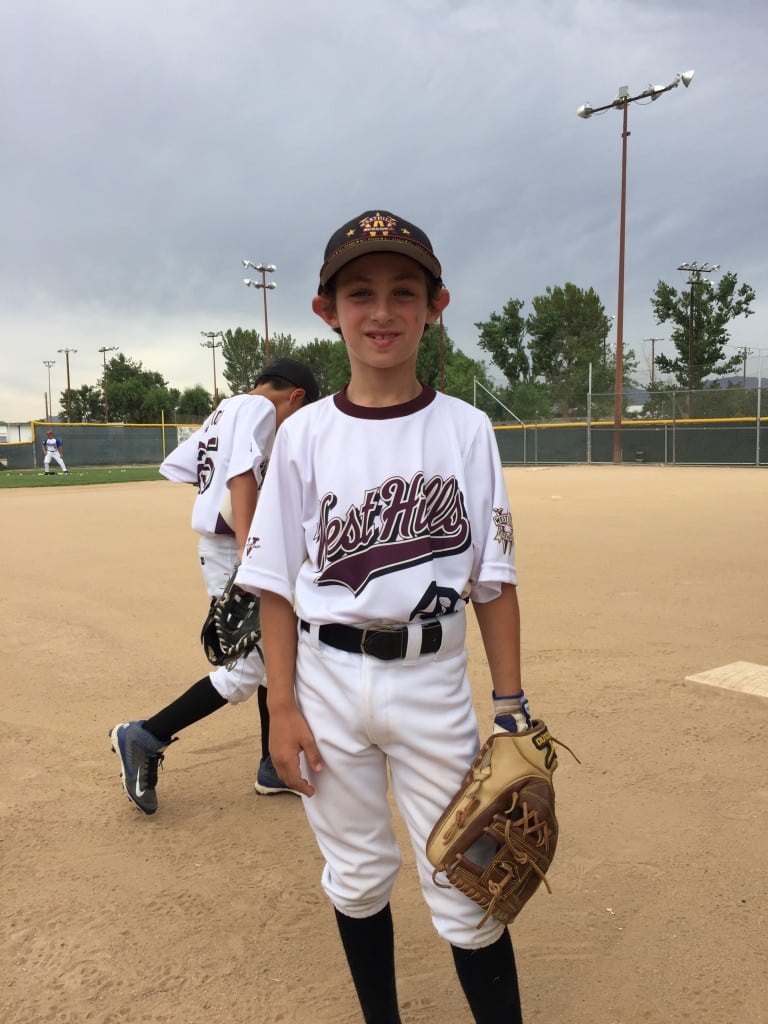 Calvin Sokolsky is an “average” student, but excels on the baseball field. PHOTO COURTESY FAYE SOKOLSKY

This is why Johnson kicks off his work with students who aren’t meeting their parents’ academic expectations by sitting down for a get-to-know-you chat. “Each person is an individual with their own set of circumstances, which affects everything, including their grades,” he says.

Johnson says most C students he has met lack motivation, “so there’s no reason to take time away from video games or hanging out with their friends.” Finding something a student can aspire to gives him a direction to lead them.

“A town like Los Angeles gives you the upper hand to explore areas where your child could thrive,” says Johnson. “If you could reach these kids while in middle school or high school, you could introduce them to people who had the same dreams that they may have, who’ve created these successful careers they may not have thought was possible for themselves. The way to success and happiness isn’t only through becoming a lawyer or a doctor.”

Arrington takes a similar approach, working to find each child’s passion. “There may be untapped potential,” she says. “It’s not always about academics. I talk to them and find out what’s happening.”

Steve Dorfman, owner and co-founder of Tier One Tutors, says that supporting students’ unique strengths can even boost their achievement in school. “They may have other talents such as dancing or photography, film or sports,” he says. “It’s important to help create a situation where they feel confident, because it increases their self-worth and that can spill over into their academics.”

Wapner found this to be true for her son Harrison, who loves theater and filmmaking. She sought out a school that offered a four-year “careers in filmmaking” program, and a curriculum focused on experiential exploration where all subjects are linked together.

Sokolsky, meanwhile, loves to watch Calvin fly around the bases or make three pointers on the basketball court. “It’s on the playing field that he excels,” she says.

Many “average” students can also benefit from private tutoring. “A good tutor will help connect what a student is doing in school with their future goals,” says Johnson.

Sokolsky has had a tutor for her son since the first grade, and says it has helped him a lot. DuPuis hires a math tutor for her daughter every year, and Wapner sought out peer tutors, other students who had recently completed the classes in which her boys were currently enrolled.

To narrow down specific academic weaknesses and strengths, Kroner recommends educational assessment. She administers a battery of tests that evaluate a student’s auditory processing, memory and comprehension, the building blocks of learning. “The problem with most public schools is the teacher teaches in one way, which may not be the way the student processes information,” she says.

Dorfman adds that younger students, especially, can benefit from extra help. “There’s so much development still happening emotionally, physically and intellectually, it’s important to just support them where they are,” he says. Students who don’t receive the support they need can quickly fall behind. “If that happens, then they’ll lose confidence and give up,” Dorfman says. “They won’t have that experience of muscling through and not giving up.” 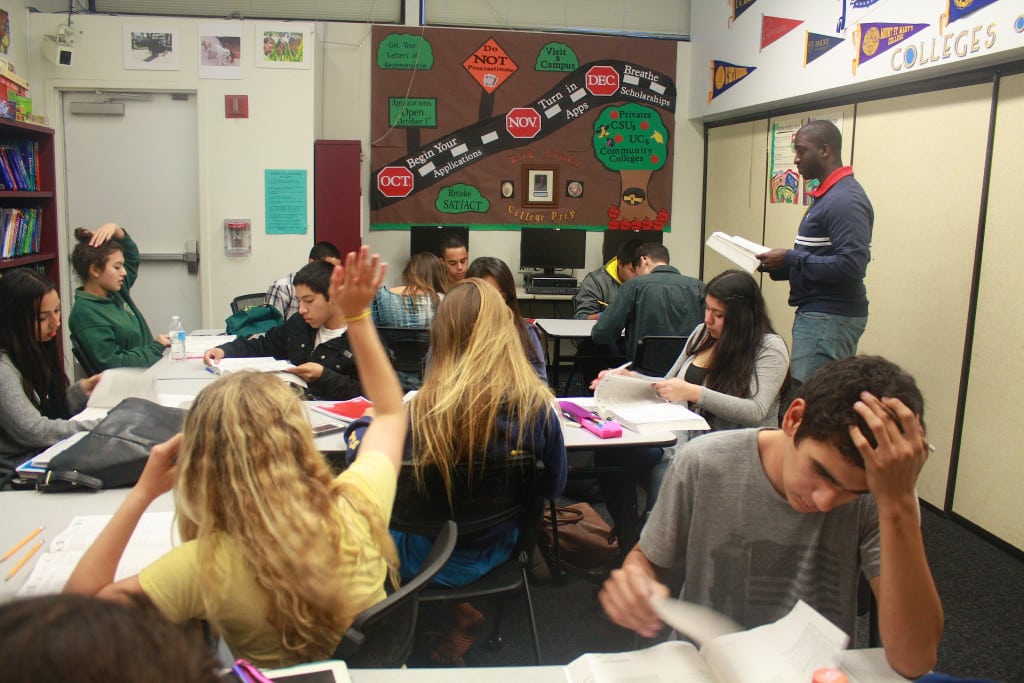 Stephen A. Johnson, right, founder of Bright Minds Tutoring, likes to get to know students to find out what motivates them. PHOTO COURTESY BRIGHT MINDS TUTORING

Parents can be an important part of their “average” student’s academic support system. Wapner says her sons do homework in the kitchen while she bakes cookies, so she can discreetly help them. She also searches out lectures and programs on topics that support their learning.

Johnson says even YouTube videos can help fuel a student’s excitement or lend more insight into a topic. “Don’t rely on school alone to educate your child,” he advises. Arrington points to drama clubs, sports teams, local science clubs and museums such as LACMA that offer summer programs that can excite and motivate a child into the school year.

Finally, pay attention to your whole child, not just your child’s grades. “There’s so much more to a person than academics,” says Wapner. “I’d rather have an average student who has a passion to learn. What’s more important to me is whether my child is kind or brave or patient or loving.”

Sokolsky agrees. “I just want him to be nice,” she says of Calvin. “I don’t care about the grades.”

“A number on a test or a grade in a class doesn’t determine who she is,” said DuPuis about her daughter.

Johnson reminds parents to help their “average” students understand that learning has many components – including inspiration, aspiration, motivation, effort and discipline. “Education is not solely about grades,” he says. “If you can have these conversations before your kids leave home, they’ll go a long way.”

Some Tips From the Trenches

Help them get organized. Provide your child with the right materials and an area where they can study without distractions. “The kitchen table is usually where a student does their homework and there’s usually too much going on for them to be able to focus,” says Kroner.

Reach out for mentors. Check your church, synagogue or school, and among your friends and neighbors, to see if anyone is connected to an opportunity that your child is interested in exploring. “Seeing someone successful at something that’s still a dream to a child is very powerful,” says Johnson.

Create fair consequences. There should be consequences when your child is performing below his or her abilities. “Sit down with your student’s teacher and have a plan,” says Arrington. “Get the student involved in it.”

Support learning to make it fun. Look for free tutoring through your child’s school, or tap other resources that will help with problem areas. “Support them to enjoy learning,” says Dorfman. “Find parts that they enjoy and help them see the bigger picture.”

Rina Baraz Nehdar is a Agoura Hills-based mom of three and a frequent contributor to L.A. Parent.