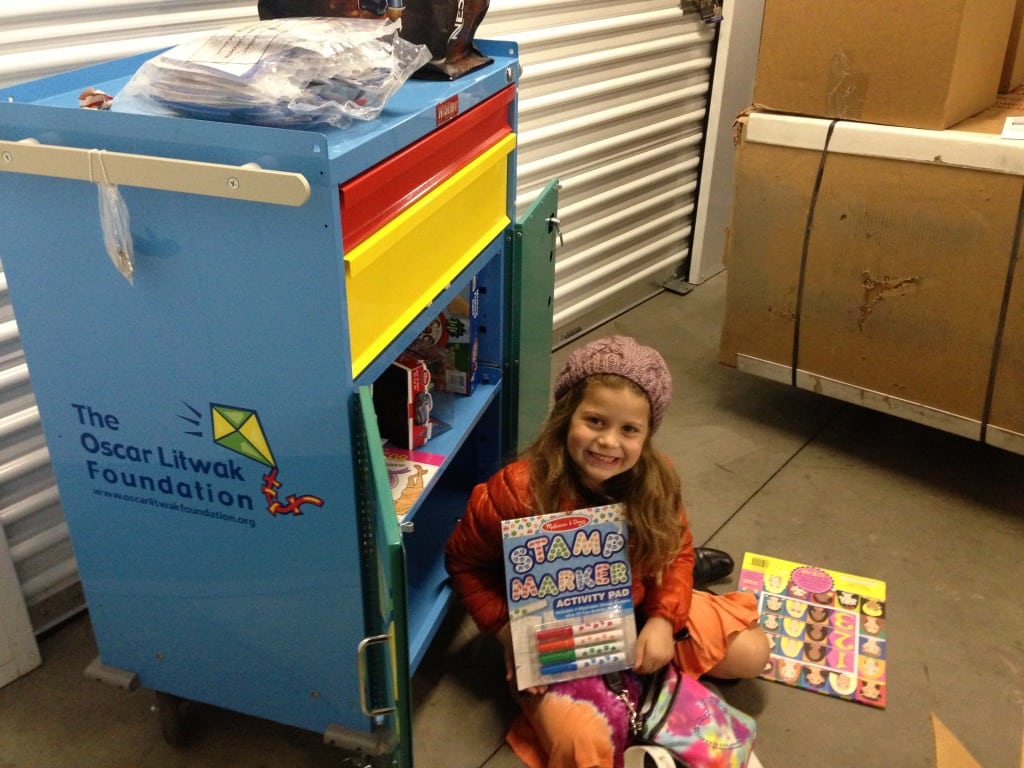 Mobil play carts from the Oscar Litwak Foundation give kids in hospitals a chance to be kids. PHOTO COURTESY THE OSCAR LITWAK FOUNDATION

Oscar Litwak had already made it through one hospitalization for the cancer in his kidneys that was diagnosed when he was 4 months old. As an 18-month-old toddler, he was back in a hospital in Washington, D.C., for inpatient treatment. His sessions took 10 hours to complete, so sometimes he wanted to play.

“In the outpatient center, the only thing they had were chairs with TVs,” says Oscar’s mom, Sharon. The hospital had a play room, but it was open only during limited hours, and only for in-patients of the hospital.

Oscar continued to fight his cancer, and celebrated his 4th birthday at Children’s Hospital Los Angeles. But he died just a month later. In the process, he gave his heartbroken parents a mission. “Doctors are miracle workers who help repair the body,” says Oscar’s father, Roberto, “but sometimes the emotional part is left a little bit behind.”

To help give all children in hospitals the chance to be kids, Roberto and Sharon founded the Oscar Litwak Foundation, which for the past 11 years has been providing hospitals with mobile play rooms that can be wheeled directly into children’s hospital rooms or outpatient centers at all hours of the day and night. The carts bring kids what Roberto calls “a bit of normalcy through play.”

The carts fit easily through hospital doorways and into elevators, and can be cleaned to prevent the spread of infection. They are stocked with toys, books and games, and can be customized based on a hospital’s needs – for babies or teens, or for children who speak languages other than English.

There are now 91 Oscar Litwak Foundation mobile playrooms in 75 different hospitals across the country – including Children’s Hospital Los Angeles, Miller Children’s Hospital, and Providence Tarzana Medical Center – with more on the waiting list. The carts are a hit with kids, and nurses and parents have expressed gratitude, with parents telling Sharon, “You are reminding my kid of what it means to be a kid.”

All of this happens through donations. Bigger donors can sponsor a cart for $2,000, but individuals can help, too. The foundation accepts donations of toys and cash, and invites volunteers to come to their Santa Monica warehouse to help stock carts. Children can collect toys to donate at their birthday parties, then visit the warehouse to donate them. “They get to put the toys inside of the mobile playroom, so it’s like a full circle for them,” says Sharon.

Those toys will be in the hands of a child in a hospital within a month. “We have such a simple program,” Sharon says, “and it makes such a big impact, and it’s immediate.”