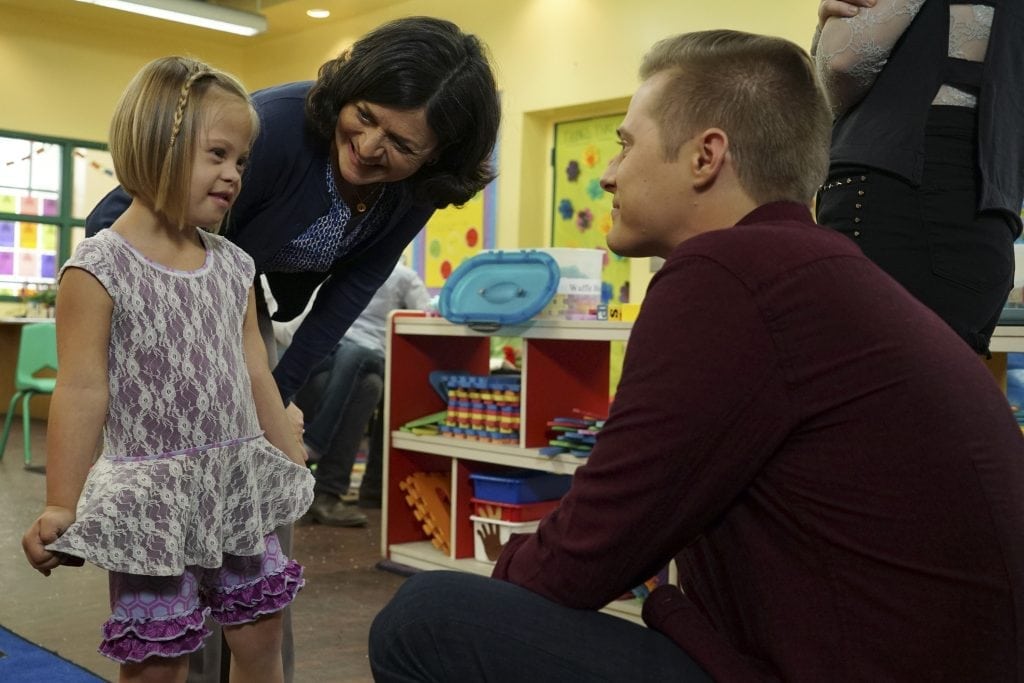 Sofia Sanchez, who has Down syndrome and is a client of Gail Williamson (not pictured), co-stars in the television show “Switched At Birth.” PHOTO COURTESY GAIL WILLIAMSON

At first, MacGregor Arney used acting as a way to become someone other than the kid with cerebral palsy. “I just wanted to be normal,” says Arney, who is now 26.

When he started taking theater classes at Western Michigan University, Arney’s perspective started to evolve. He began to realize that his CP, which affects the functioning of his left hand and leg, wasn’t something he needed to escape, but something that he could lean into and bring into his acting.

During graduate school at UC San Diego, one of his professors, director Kyle Donnelly, pushed him even further, urging Arney to “own” his disability. “Stop acting as if you don’t have CP and let the disability inform your character,” Donnelly advised.

“She opened my eyes to really accepting myself for the first time,” says Arney, who recently received his Masters in Fine Arts degree and is currently working on two films and a play.

While industry opportunities for actors with disabilities are still limited, drama training has proven to be a valuable experience for kids of all abilities, providing skills that are beneficial in personal interactions and later on in various professional roles. “The skills that kids learn from acting lessons or being in a school or community theater workshop will benefit them throughout their lives,” says Gail Williamson, a talent agent with Studio City-based Kazarian/Measures/Ruskin & Associates. Williamson specializes in working with actors with disabilities and represents Arney.

“Getting your kids involved with dramatic arts is the same as getting them signed up for Little League,” says Williamson, whose 37-year-old son has Down syndrome and is a working actor. “Not every kid who plays Little League is going to become a professional baseball player, but they will always have these wonderful skills they’ve learned while on a team. The theater teaches you to stay in the present, to read body language, to listen more intently, to engage with the audience, to have confidence. These are life lessons.” 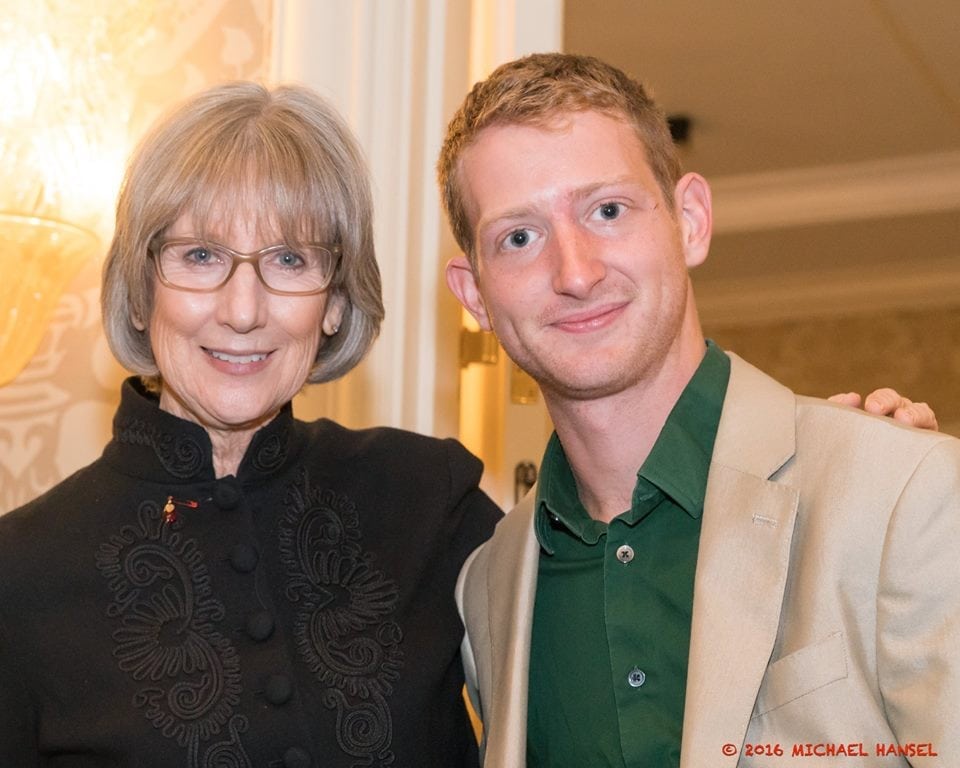 Williamson’s son, Blair, showed an early affinity for acting. “He was a born entertainer,” she says. His first official gig, a commercial for Proctor & Gamble, came at age 11. He loved it and wanted to do more. Williamson didn’t know much about auditions or the industry, but she learned to support her son’s passion and became an advocate for the community along the way. For more than two decades she has been a tireless champion of inclusion, proving with every talent placement that having different abilities doesn’t automatically preclude someone from working in the entertainment industry.

When Williamson’s son first began pursuing his dream, there were few characters with disabilities on TV or in films. Williamson wanted to change the idea that disabilities should remain invisible. She joined the California Governor’s Committee on Employment of People with Disabilities as a volunteer, eventually taking on a full-time job there in the media access office. She later became executive director of the Down Syndrome Association of Los Angeles and four years ago joined talent agency Kazarian/Measures/Ruskin & Associates, creating their diversity division focused exclusively on actors with disabilities. She has placed clients on Broadway, in popular television shows including “Glee” and “Switched at Birth,” in commercials – including children in commercials for Target – and films.

Her goal is to open up more roles for actors with disabilities. “If I see a role for an attorney, for example, I always ask, can this attorney be in a wheelchair? We want kids and adults to be able to see themselves on the screen,” she says.

At a recent gathering of Hollywood producers, writers, agents, actors and disability advocates organized by RespectAbility, a national nonprofit devoted to expanding opportunity for people with disabilities, participants exchanged ideas about expanding full inclusion in the entertainment industry in front of and behind the camera. Congressman Brad Sherman (D-Sherman Oaks) spoke about the lack of diversity on the screen. While one in five people in the U.S. has some type of disability, fewer than 2 percent of roles in Hollywood call for characters with a disability, Sherman explained. He urged entertainment executives to work toward a more authentic reflection of society. 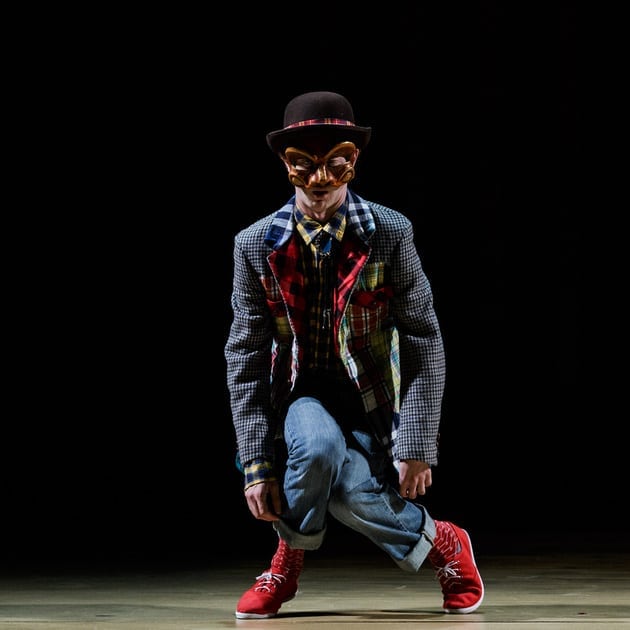 Actor MacGregor Arney, appearing here in a play called “Venetian Twins,” has cerebral palsy and eventually learned to use his disability to inform his characters. PHOTO BY JIM CARMODY

While there is lots more work to do to create full inclusion in the industry, the change and empowerment the arts create for those with different abilities is a driving force for advocates. Williamson shares a story of one of her clients, who was born without one thumb. During picture day at school, the photographer casually moved one of her hands over the other to cover the missing thumb. That subtle gesture stayed with her into adulthood. It was through voiceover acting, says Williamson, that she finally allowed herself to move away from that self-conscious feeling.

“Feed that passion,” Arney tells parents whose kids have a special zeal for the stage. “I owe a lot to my parents. They saw how much I wanted to do this and they guided me and helped me research programs and classes that would allow me to succeed. They never doubted me.”

And for all those students working in school and community plays, taking acting classes and braving packed audition rooms, Arney says the most important thing to remember is that while the process is going to be hard and there will be rejections, “know your capabilities and trust your capabilities.” 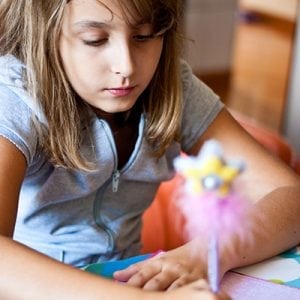 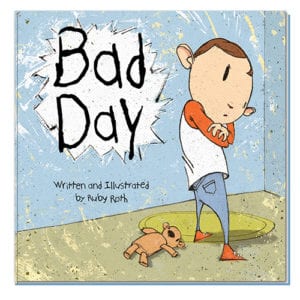 Good Lessons on a Bad Day 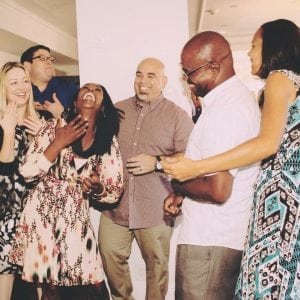 This Special-Needs Camp Hires Counselors On the Spectrum 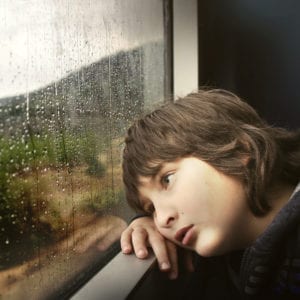 Does My Child Really Need Psychotherapy? 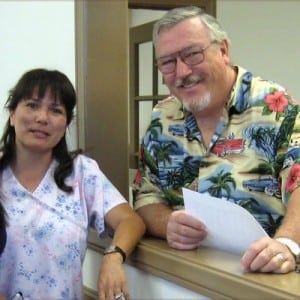