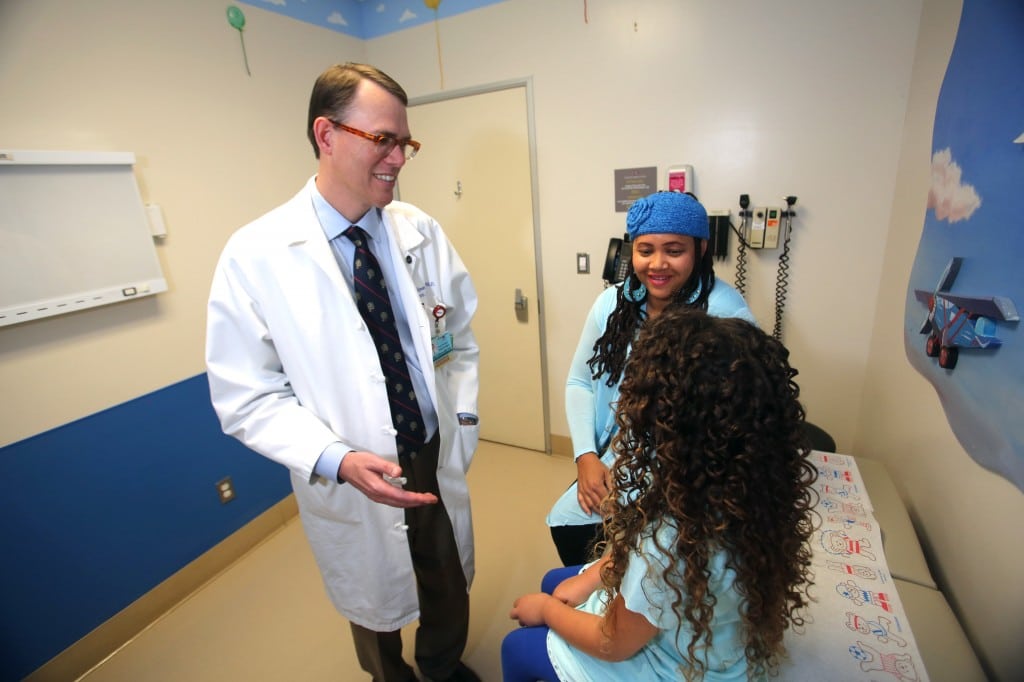 Potty training doesn’t always go smoothly, but what if it never quite happens? What if your child is 6 or 7 and still can’t make it through the day clean? It’s a frustrating situation for the parent, sure. But it’s devastating for the child.

“One kid came into Cedars ER and basically said that he wanted to kill himself,” recalls Philip Frykman, M.D., associate director of pediatric surgery at Cedars-Sinai Medical Center. The boy, who was 10, wasn’t able to control his bowels and was forced to wear diapers, making it difficult for him to go to school or do other things most 10-year-olds take for granted. “That’s what made us start to look at this more seriously and decide that we needed to find a way to help these people,” Frykman says.

In January, Cedars opened a new Pediatric Bowel Management Program, the first of its kind in the state.

The program helps children suffering from severe constipation, unexplained incontinence and bowel problems due to birth defects and disease. They’re seeing about one new patient per week, with the rate increasing as word gets out.

Frykman says many of their patients are around age 4 or 5, at the “outer range” of potty training. Their pediatricians have often reached the limits of their expertise, and their parents are at wits’ end and believe there is no solution.

Kids who are incontinent might be in diapers or pull-ups, or pooping in their pants, and are often shut out at school and with friends. “It becomes really difficult for them to integrate into a normal social situation,” Frykman says. Their self-esteem plummets. To make matters worse, this isn’t something people talk about. “It’s largely a hidden problem,” Frykman says. “Parents often don’t know where to turn, and that there’s help.”

Treatment can be as simple as dietary changes, medication or a daily enema to clear the colon, allowing the child to stay clean all day. Frykman says that kids and parents aren’t enthusiastic about the idea at first, but with a 90-percent success rate, most decide that it’s worthwhile.

Some treatments involve surgery – including one that converts the appendix into a conduit to the upper part of the colon, allowing an enema to be performed from the top of the colon via an external port, inducing a bowel movement. This is something that older children can do themselves, and they like the independence. “They want to take control of their own care,” says Frykman.

Program staff support families with individual treatment plans, plenty of follow-up by email and phone, and insurance screening to help make sure treatment will be covered.

“We want to try to make your child’s life better, and by consequence the whole family’s life better,” Frykman says. And that’s just what happened with the 10-year-old boy with thoughts of suicide. “When we treated him, guess what? He’s now a functioning kid,” Frykman says. “He was able to integrate back into school and normal life.”