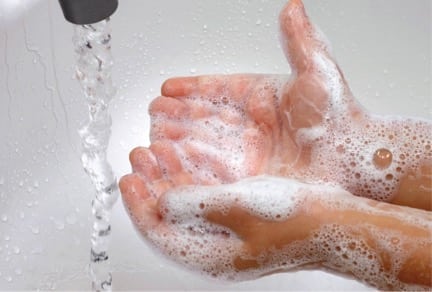 At the end of February, a study of 94,000 children across the U.S. found that rates of one type of antibiotic-resistant bacterial infection – that kids picked up in the community, not in hospitals – had jumped dramatically between 2007 and 2015.

The researchers, who reported their findings in the “Journal of the Pediatric Infectious Diseases Society,” note that these infections were once confined to hospitals. These infections are difficult to treat and associated with lengthy hospital stays and increased risk of death, and experts are concerned about their spread into the community.

The bacteria themselves, called Enterobacteriaceae, are common. “Those are bacteria that actually live inside us all the time,” says pediatric infectious disease specialist Anand Vikram, M.D., of Cedars-Sinai Medical Center. Vikram, who was not involved in the study, says these bacteria live in the gut, and exposure to antibiotics can make them resistant.

When the bacteria leave the intestinal tract (the same way food waste does), they can cause infections – often in the urinary tract. Resistant Enterobacteriaceae can be passed between humans, and even cause other Enterobacteriaceae to become resistant. “There’s no really easy way to escape them,” Vikram says.

It’s enough to send a mom running for the hand sanitizer. But wait! A few days after the superbug study came out, the U.S. Centers for Disease Control and Prevention reported a rise in the number of kids ages 12 and under ingesting hand sanitizers and getting sick. Consequences of drinking the alcohol-based gels could include breathing trouble and even death.

What to do? “The best tool we have for fighting infection is just normal soap and water,” says Vikram, who reminds parents to teach kids to wash their hands before eating and – especially – after using the bathroom. Proper technique is important and involves lathering thoroughly for at least 30 seconds. “Make bubble gloves,” Vikram says, adding that soap can combat some viruses and bacteria that hand sanitizers cannot.

Other measures you can take include fully vaccinating your family (including that annual flu shot) and resisting the urge to nudge your doctor for antibiotics when your child is sick. “That includes parents, too, who get the same virus that their kids get,” Vikram says, pointing to a study last year that found that 30-50 percent of prescribed antibiotics are unnecessary. “There are certainly still reasons to give antibiotics to children,” he says, but they won’t help with even the nastiest common cold.

You can still carry that hand sanitizer for situations where soap and water aren’t available. Just use it mindfully. “Treat it as a chemical, just like you would your bleach and your cleaning agents,” Vikram advises. “You have to pay it that respect.”