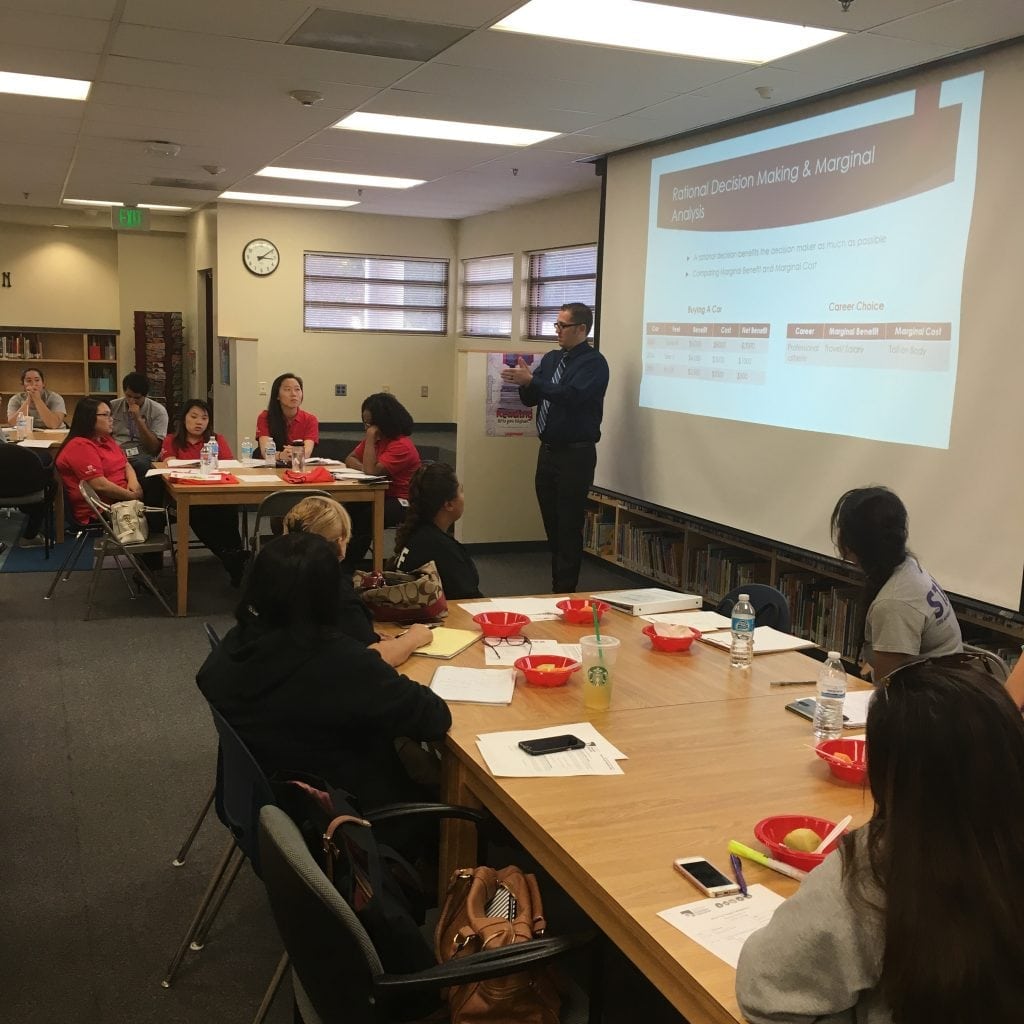 There’s some evidence that most parents aren’t qualified to help children gain this knowledge. Total debt in the U.S. for car loans, student loans and credit cards is $4 trillion, according to Sam Neylan, who teaches financial literacy courses in the Santa Clarita Valley. That’s trillion with a “t.”

“What’s the plan for our country if we don’t understand what money is for and what our spending habits create?” asks Neylan, president of Neylan Group International, a Valencia-based real estate firm. “Ninety percent of Americans, if faced with an emergency of any kind, could not pay for it because they don’t have it. That’s really terrifying when you think about it. Life is always going to happen.”

Increasingly, schools are stepping up to help students become financially literate and avoid this type of situation. Financial courses have long been available for college students, but now high school and middle school students can also learn the dos and don’ts of budgeting, credit and compound interest. Interest is growing in programs such as Foundations of Personal Finance – which Neylan and partner Brendie Heter fund in Santa Clarita Valley high schools – Loyola Marymount University’s Financial Boot Camps and Junior Achievement’s Finance Park, all of which take place on high school campuses.

“In high-schoolers, I see a hunger for this information and a fear of not having it,” says Allysunn Walker-Williams, president and CEO of the California Council on Economic Education (CCEE). “If they’re not getting it from their parents, where are they getting it? From life experiences, which open them up to all kinds of mistakes.”

“Everybody has a role in the economy. Everybody participates,” adds Walker-Williams, whose organization trains instructors to teach these principles to students and to their parents. “Young kids just grab onto this like you would not believe. They are so excited to learn about their place in the economy.”

There are several local financial literacy programs that share the goal of setting young men and women on the road to a solid financial future. 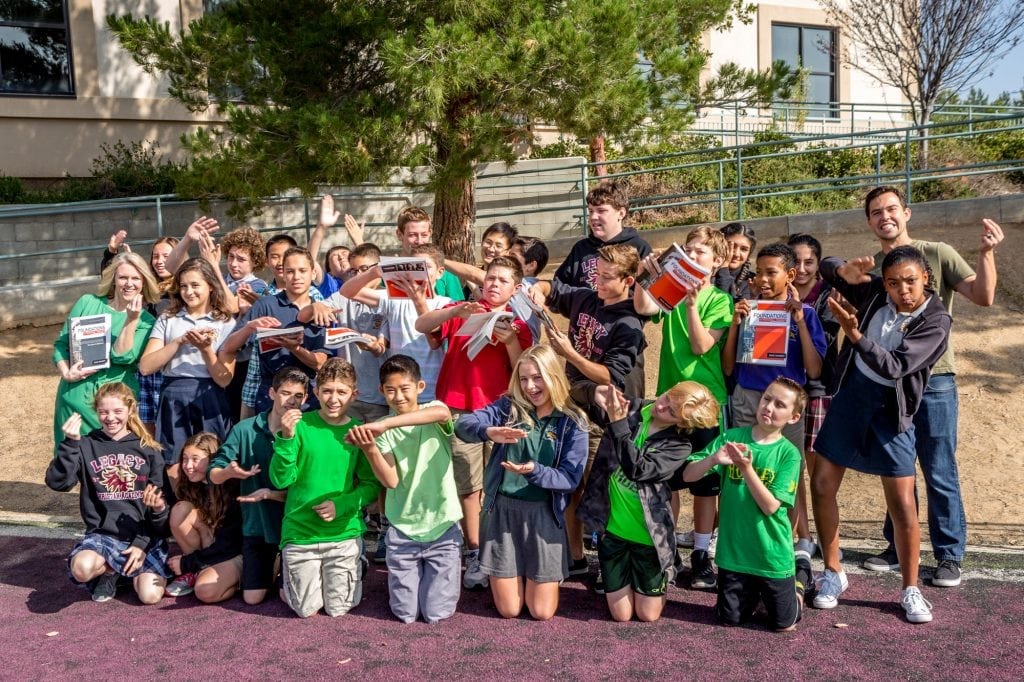 Over the course of several years of teaching Financial Peace University – the adult curriculum created by author and radio personality Dave Ramsey – Neylan and Heter of Heter Family Woodworking repeatedly heard that the FPU information should be taught to school-age students as well.

So the two women approached schools in their communities in the Santa Clarita Valley and offered to sponsor the student version of Ramsey’s curriculum, Foundations of Personal Finance, in local high schools. That was two years ago, and nearly 450 students have now completed the program, which is typically taught through the school math department. Topics covered include college loans, careers, global economies and preparing personal budgets.

During debriefings at the end of each session, instructors hear from grateful students. One seventh grader told Neylan she was determined to attend MIT and did not want to accumulate any student debt. She opened a savings account and, one year later, had accumulated $6,000 that she would otherwise have spent on “food, clothes and definitely lip gloss.”

“Imagine the trajectory of that story and what it’s going to look like for the rest of her life – whoever she marries, if she has kids, if she’s a professional,” says Neylan. “To start her career without $100,000 in debt is absolutely amazing.”

Heter heard from a freshman student that Foundations of Personal Finance helped her understand that the stress her parents experienced about money didn’t have to be part of her future as well. “She said, ‘I thought that’s what it was to be an adult, getting the lights turned off sometimes,’” Heter recalls. “‘Now I know that I don’t have to be dependent the government. I am not going to have the power turned off. I can do this.’”

Learn more about Foundations of Personal Finance by emailing Heter at heterwoodworking@gmail.com. 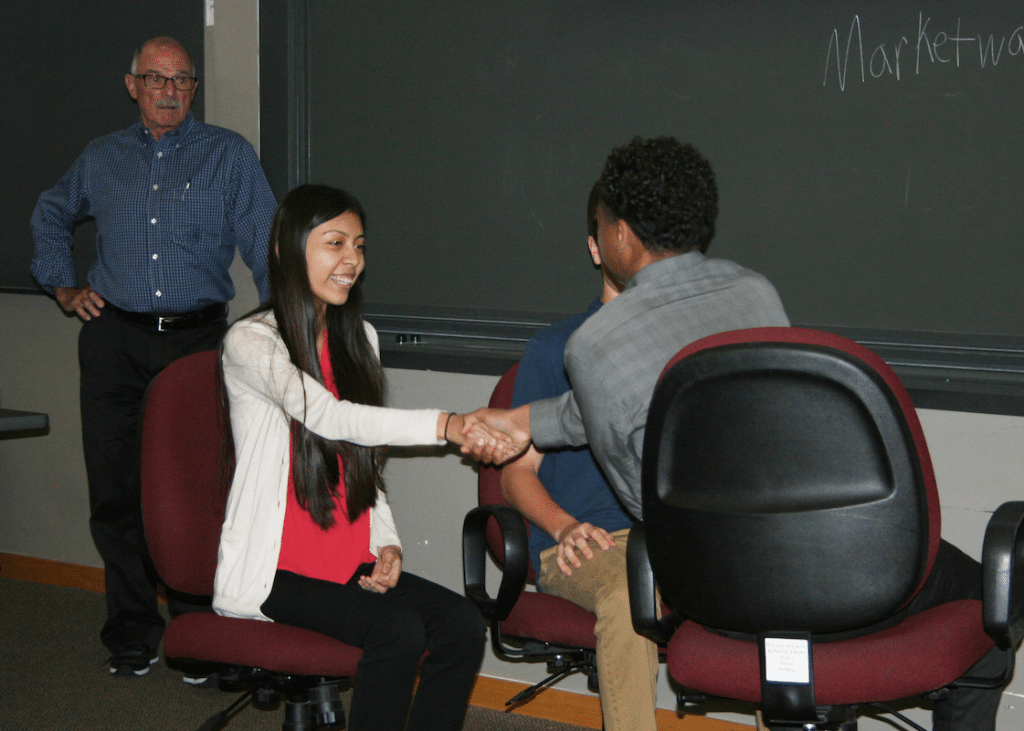 In the summer of 2015, when he decided to make the Financial Boot Camp modules from Loyola Marymount University (LMU) available to inner-city high schools, Ron Rishagen had a pretty good idea that the program would meet with success. Before he came to LMU as entrepreneur in residence, Rishagen had taught the same course at St. Bernard’s High School in Playa del Rey.

The summer boot camps run all day Monday through Thursday, and the sessions are taught by students in LMU’s Fred Kiesner Center for Entrepreneurship. Since instructors and students are close in age, trust is quickly established, Rishagen says.

“So many students that we come across don’t understand the difference between delayed gratification and short-term gratification,” said Rishagen. “We try to emphasize that you have to start at an early age so that you can become financially independent at 50 years old.”

The program’s nine modules include budgeting, savings, credit and debt, entrepreneurship, networking, banking, the stock market, buying a car and payroll taxes. Students consider case studies (such as a professional athlete who doesn’t know what to do with his money) and engage in hands-on activities.

Instructors also explain four different types of income: paychecks, dividends, interest and rental income. At the end of the program, each student gets a $50 savings bond as a graduation present.

“We try to emphasize long-term goals and the benefits that accrue over a period of time through the power of compound interest,” Rishagen says. “Wealth is not measured by how much you spend, but by how much you save.” 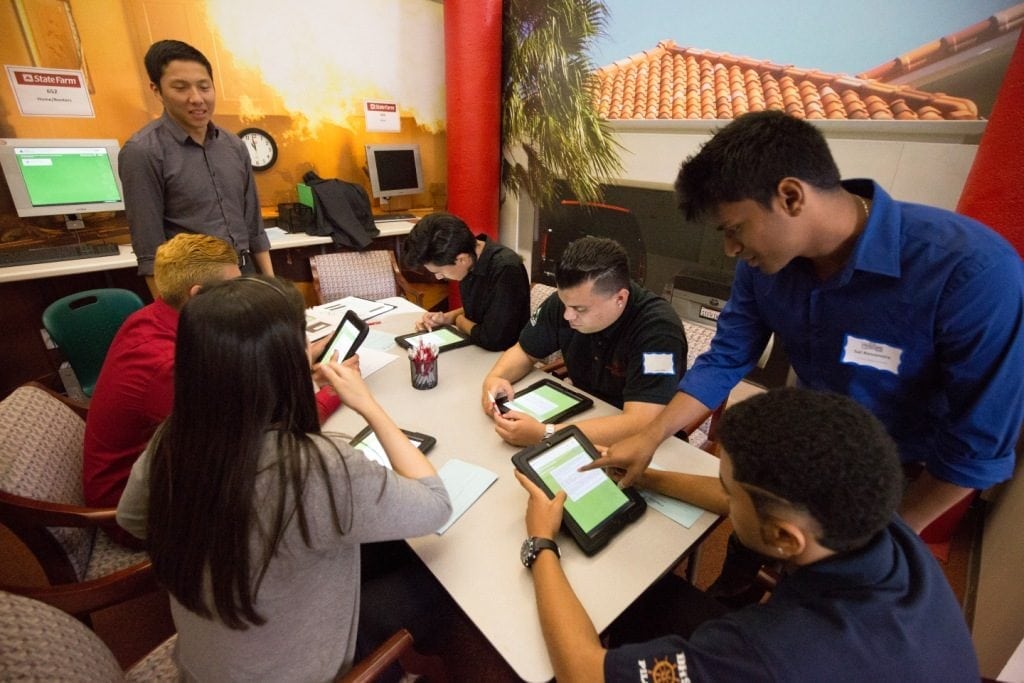 Junior Achievement operates Finance Parks across the country. In these miniature cities, students put the financial lessons they have learned to the test. PHOTO COURTESY JUNIOR ACHIEVEMENT

Junior Achievement’s Finance Park is a program as well as an actual site. The five-week, 12-session program is taught through local high schools, often via a mathematics department. JA has been in existence since 1919 and works to prepare young people to succeed in a global economy. Financial literacy is one of the nonprofit’s organizational pillars, and Finance Park was developed in the 1980s as a means of exposing students to concepts including financial planning, taxes, income and careers.

“We found the greatest need and the biggest impact is during the transitional years – eighth grade leaving middle school going on to high school and 12th grade,” says Kat Delgado Kirkwood, chief of education at JA of Southern California. “Are you going to college? Are you going to start working? There are critical life changes, and the information really resonates for them in those periods of time.”

The program – which sometimes includes a virtual component – took on a new urgency after the 2008 recession. Having seen the impacts of the recession on their families, students found the principles of Finance Park that much more essential to their lives, and JA became galvanized to prepare the younger generation in the event that a similar event happened again.

The final session is a trip to the actual Finance Park, a 10,000-square-foot mini city that includes a bank, utility companies and a car dealership. Students are given an adult identity, a salary, an iPad and assistance from a couple of adult advisors who help them figure out elements of their “adult” lives.

“They become adults for the day,” says Kirkwood. “It’s a culmination of what they learned in the classroom, putting that into practice. After they come out of the simulation, several things happen including an appreciation for what their parents do on a daily basis.” 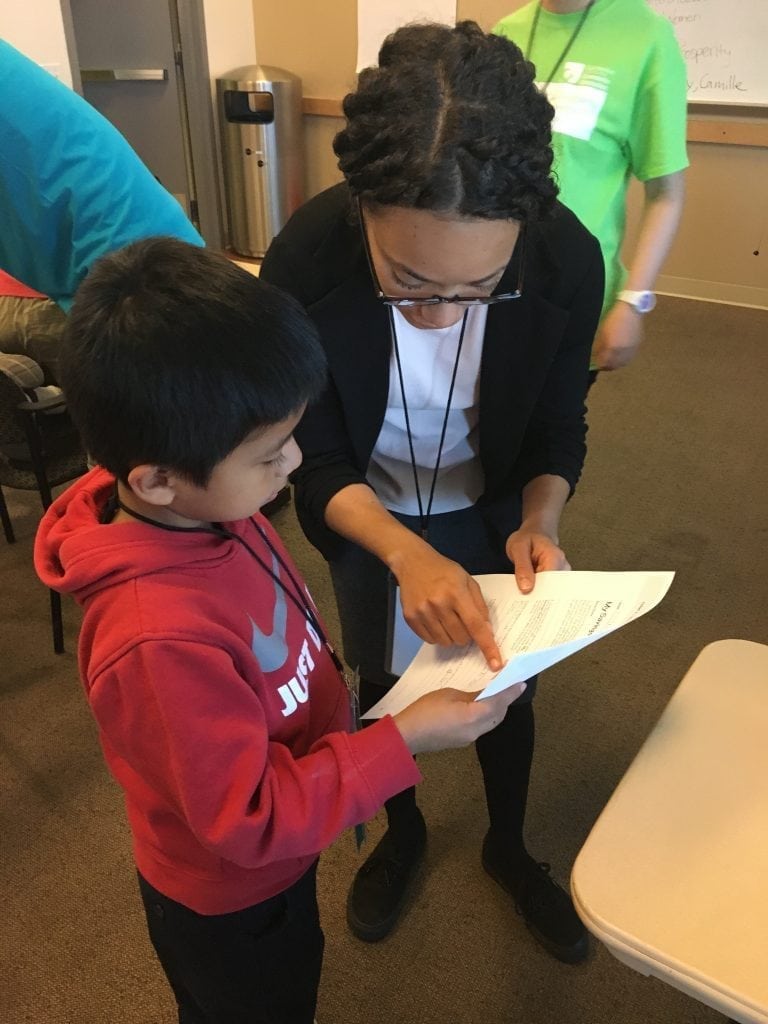 Learn more about Finance Park at www.jasocal.org or by calling 323-785-3510 or emailing Kirkwood at kkirkwood@jasocal.org.

Financial literacy may not be a requirement for graduating high school, but teachers can find creative ways to bring the information in – often through an economics unit or in mathematics. The programs supplied by the CCEE are geared to help them in this endeavor.

Until they get the proper training, Walker-Williams says teachers are often as intimidated as their students and are afraid of getting called out for lack of knowledge. “A lot of teachers have told us, ‘We don’t have to teach it. We don’t balance our own checkbooks. We don’t want to be embarrassed if a kid asks us a question we can’t answer,’” Walker-Williams says. “We are trying to get teachers to a point where they are confident enough and they can bring their personal experience into the classroom.”

CCEE offers multiple classes in finance and economics and runs regional centers for economic education on the campuses of Hamilton High School, USC and other locations. Much of the curriculum is geared toward high school students, but there are also programs such as the recently launched Never Too Young for elementary schools.

“California is the sixth largest economy in the world, and we don’t require our kids to learn about personal finance? Crazy!” says Walker-Williams. “We want them to make sound decisions, not just balance a checkbook or understand what financing is or why taxes pay for public goods. We also want them to understand you can be an owner. You can be an investor. And the earlier we can plant those seeds, the better off we are.”