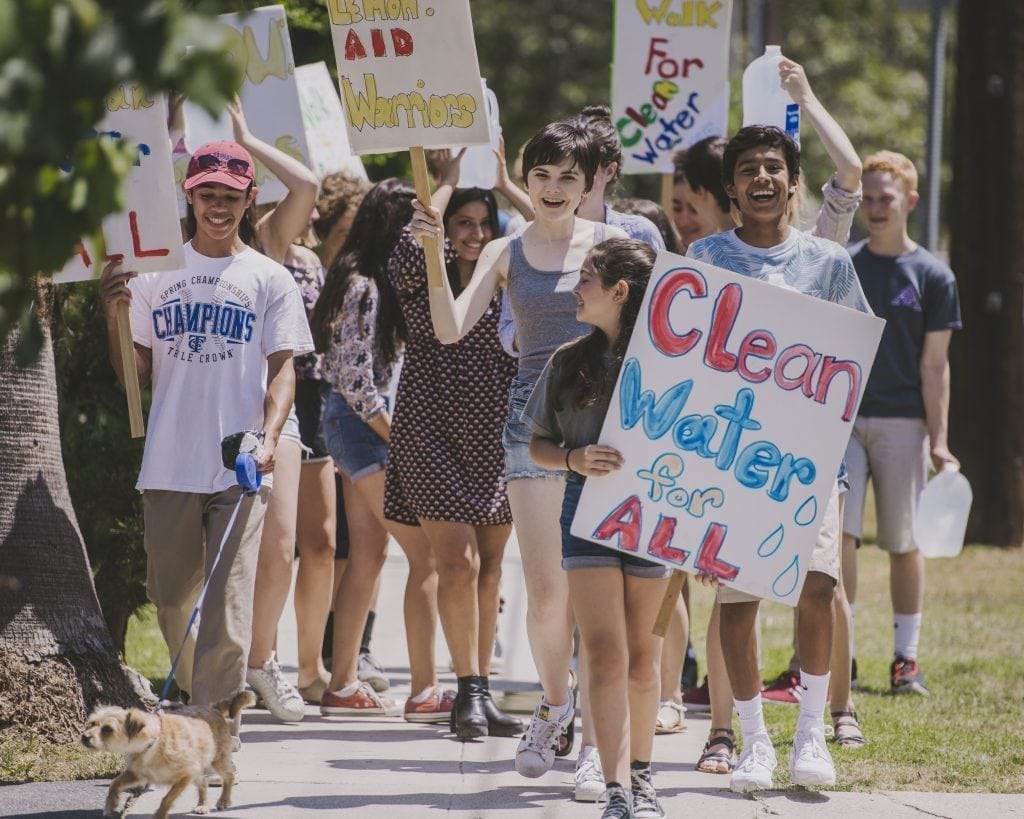 Lulu Cerone grew up in the sweltering San Fernando Valley, so as a kid she became a lemonade stand entrepreneur, racking up cash as her thirsty neighbors sought out her homemade juice.

Eventually, Lulu’s mother, Lisa, encouraged her to turn her lemonade sale profit to good use – to look around her community and identify a social problem she wanted to help improve. But Cerone found herself transfixed by the 7.0-magnitude earthquake that rocked Haiti in 2010, killing an estimated 200,000 to 300,000 people.

Watching the devastation on TV, Cerone initially felt frozen with helplessness. “I was 10 at the time, and I just remember feeling very intimidated. I felt powerless,” she says. But her parents encouraged her to think of a way she could help, so Cerone created a lemonade-selling contest – girls vs. boys – for her fifth-grade class and called it “The Lemonade War.”

“Within two weeks, we had raised $4,000,” Cerone says. “We were able to send that money to organizations that were helping Haiti. The biggest takeaway for me was that I could have an impact on social issues.”

That success led her to found the nonprofit LemonAID Warriors, an organization that helps kids make philanthropy a part of their social lives. To date, LemonAID Warriors has raised about $120,000, says Cerone, who is now a freshman at Columbia University.

Cerone has also created a guide to help parents and teens everywhere launch their own philanthropic activities. Her recently published book, “PhilanthroParties! A Party-Planning Guide for Kids Who Want to Give Back,” is a how-to guide packed with party ideas and recipes, craft activities and games. It provides a list of organizations in need of charity, as well as Cerone’s anecdotes detailing her success (and sometimes challenges) with philanthropy. The book is structured like a calendar, with monthly ideas for holiday activities and national awareness days.

Cerone started writing the book three years ago, when she was 15. “I’ve always wanted to write a book,” she says. “I’m a big reader myself and I love how-to books. Most of the PhilanthroParty ideas in the book have been tried out and tested.”

Cerone’s work – which has included raising awareness and fundraising for water crises and homelessness – has garnered national attention. She has received a Nickelodeon HALO award, spoken at the United Nations’ Summit for Sustainable Development and collaborated with Mattel to create a pro-social campaign that shares her PhilanthroParty ideas with their online users.

While she and her mother coined (and trademarked) the term “PhilanthroParties,” they are sensitive about the word.

“We never meant to celebrate or belittle these tragedies in any way,” Cerone says. “My platform is based on fun and joyful events, but at the end of the day, you are trying to solve issues that are really real. Focus on what you can do to help and the power that you have. Focus on your personal power.”