Be creative and consider the child and the setting when working to shape behavior. 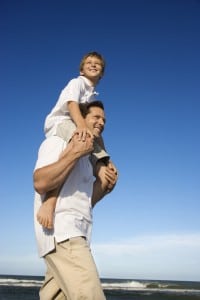 Not long ago, Michael Cameron was at the beach and saw a father and son playing in the surf and collecting shells. The boy was well behaved, but it didn’t take long for Cameron to identify him as a child with special needs. The father, wanting to reward his son for good behavior, pulled a laminated token board from his beach bag and handed the boy a bright, red poker chip, signaling to bystanders that something about this boy was different. A typical child wouldn’t have poker chips on the beach, he would have a beach ball, shells, or something else appropriate to the setting.

Dr. Cameron, chief clinical officer for Pacific Child and Family Associates and a Board Certified Behavior Analyst, says that “token economies” in the form of reward charts are a familiar tool for helping shape behavior in children with autism. A child is “paid,” often with a sticker or a poker chip, for completing tasks or avoiding undesired behaviors, and can then use these tokens to “buy” activities or items. But these systems can also call attention to the fact that the child has special needs, putting distance between the child and his or her peers.

And, frankly, they’re boring. “You see the same kind of cookie-cutter approach,” says Cameron. With a little creativity – and maybe some crafting – parents can create reward systems that are exciting, educational and tailored to the individual child. “When reinforcement tools and systems are grounded in a theme or subject that interests the child, they instantly become transformed,” Cameron says.

Start by thinking about topics that interest your child. “What is really pulling their attention right now?” asks Cameron. It might be music, pets, Formula 1 racing or outer space.

If at all possible, get your child involved in preparing the materials, as homemade systems are often the most engaging. Cameron has been working with a child who is interested in anime, a Japanese style of drawing and cartooning. He asked the girl to do some research on the computer, and print out anime words and images to use in a reward system they are creating together. This helps her feel in control, and has really gotten her participating. “I don’t know anything about anime, but she is quickly educating me,” Cameron says.

In general, plan on changing your system every month or so. Otherwise, kids get bored. Holiday themes are a natural fit, and you can recycle materials and bring back favorite themes.

It’s also OK to make up a theme for a day. At a restaurant with one of his patients, Cameron noticed that the little boy was fascinated with the tubular packets of sugar on the table. Cameron asked the waitress for a handful of extras and they created an on-the-spot reward system where the boy earned these sugar packets and could then arrange them into geometric constructions. Cameron says he loves freeing up parents to be creative in this way. So when you spot something that fascinates your child, seize the day. 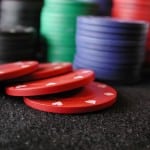 For all reward systems you create, think about a few key factors:

And make sure your child’s system is something that “fits in” with the environment, and with your child’s peers. Lots of kids, for example, fiddle with the sugar packets on the table at a diner. And that boy on the beach could have been rewarded with shells, sandcastle building, or the chance to toss a beach ball around. With a custom-made reward system, says Cameron, “individuals diagnosed on the ASD spectrum won’t feel like their reinforcements are on display. Rather, they can blend in and become socially united.”