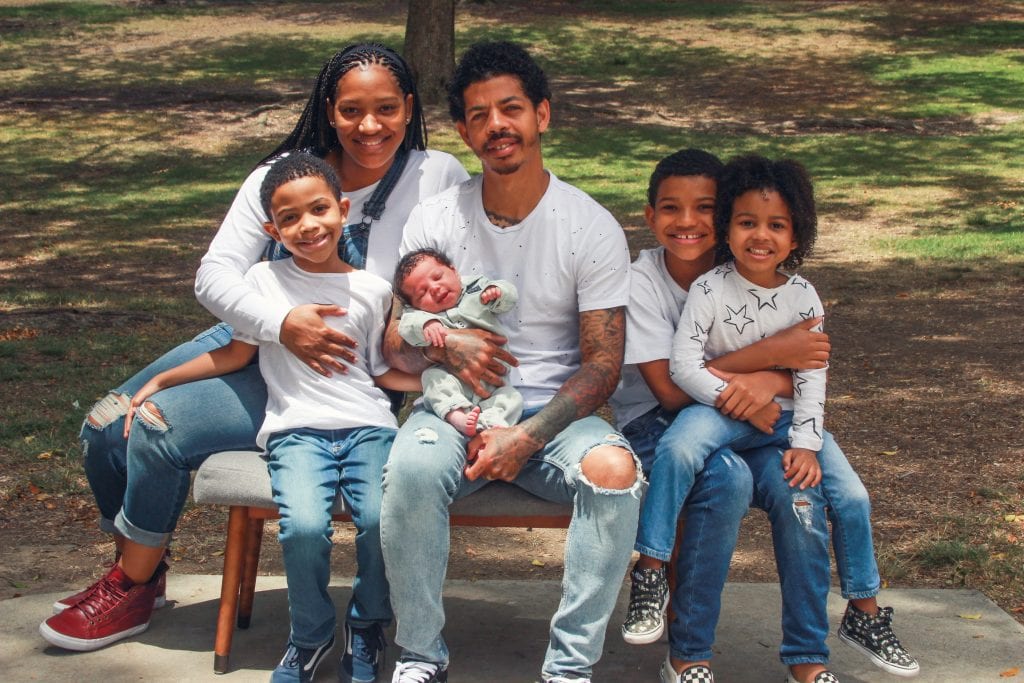 When NBC’s “This Is Us” star Lonnie Chavis discovered that a few people trolling his Instagram account were making fun of the gap in his teeth, he clapped back. Not with retaliatory words; instead, the 10-year-old sent a message that prescribes self-reflection and self-acceptance as antidotes to eradicating a culture of bullying and low self-esteem. “I could get my gap fixed. Braces can fix this, but can you fix your heart, though?” he asked in the video. “There are kids out here killing themselves just because of y’all hating and trolling …”

Chavis’s mother, Najah Chavis, monitors her son’s account, but she and her husband, Lonnie Chavis Sr., worried that their son might have seen one of the hurtful comments before she had a chance to delete them. The couple decided to show Lonnie one of the comments and open up a discussion about cyberbullying and its emotional impact. Najah says she told Lonnie, “This isn’t the only negative comment that we’ve seen, but you are in a position where you can use your voice to do good and help others.” Lonnie responded, “You’re right, Mom. Let me say something on Instagram.”

The video garnered more than 600,000 views on Instagram alone and echoed throughout the social media universe as celebrities and fans spread it through reposts and retweets. Everyone went wild for Chavis’s catchy hashtag: #FixYourHeart. And just recently, Chavis teamed up with the Ad Council for a new anti-bullying campaign that aims to combat online and offline bullying. With a message that “meanness is on the rise,” the campaign includes a PSA called “Because of You,” in which Chavis joins other young people who tell the story of how their peers impacted their lives through negative and positive words and actions.

On “This Is Us,” Chavis plays the youngest version of the character Randall, whose adult version is played by Emmy Award-winning actor Sterling K. Brown. As a black child who was adopted by a white family, Randall struggles with issues of identity and belonging. In real life, though, Chavis is the eldest of four sons and possesses a strong sense of self, a foundation his parents take pride in nurturing. We caught up with him hanging out with his family on a recent Saturday.

Congratulations on starting the third season of “This Is Us.” We love the show. How is it going for you?

Ok, Lonnie. You’ve already won me over. What makes a good writer? How do you know when the script is really great?

A writer needs to have a voice, a voice to speak up. And the writers that we have, they just have that voice, you know?

You certainly have a strong voice, and that comes through your social media presence, your acting. Are there any big lessons you’ve gotten from the show?

Your #FixYourHeart message is powerful. How did you feel when your parents first told you about the negative Instagram comments?

I just thought to myself, like, wow. This is crazy. I can’t believe people are trolling me and bullying me and other people. So, I made a video to let people know to stay woke and don’t let them hate on you, troll you and bully you. You’re fine. Be whoever you want to be. It doesn’t matter who you are. You will be affected, but that’s why you’ve got to learn to love yourself and surround yourself with people who love you and support you.

What do you think about all the positive feedback since you posted your video?

Well, there’s actually a lot of positive feedback, but what I care about is if people really got the message. Usually people see it, they scroll through it and think “Oh, that’s really kind,” but some people don’t actually get the message of what I’m trying to actually say.

What’s the deeper message that you really want them to hear?

To connect with people and change.

What do you think causes bullying?

I don’t know. Maybe they got bullied and they want to get payback at somebody else. I’ve never been a bully, and I honestly don’t know why it’s fun to bully.

What are some steps people can take to “fix” their hearts?

For more about the Ad Council’s anti-bullying campaign that features Chavis, visit BecauseOfYou.org and follow @BecauseOfYou with #BecauseofYou.