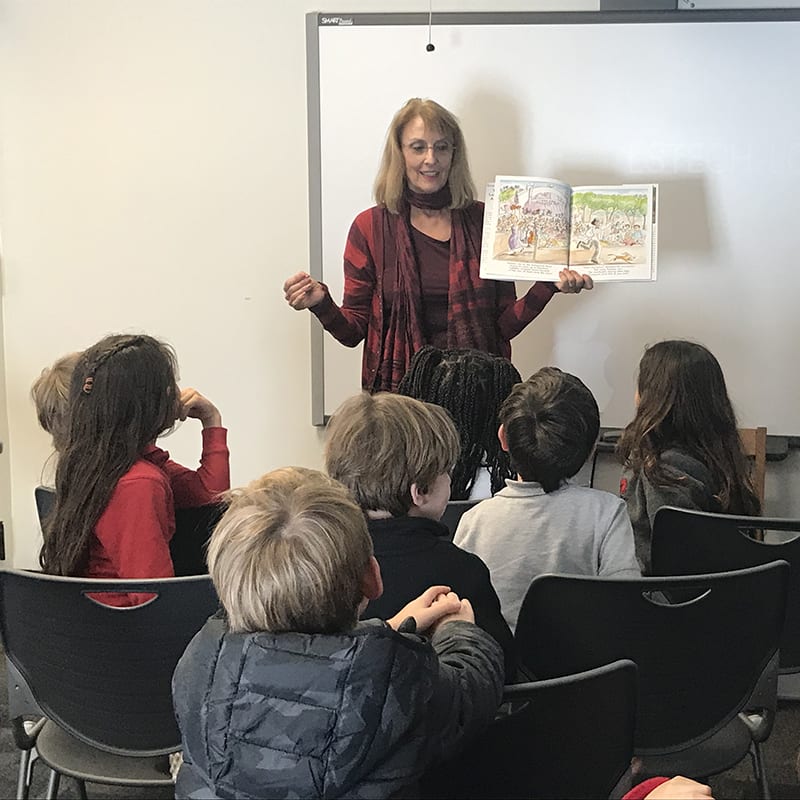 As a resident of the city that everyone loves to hate (including many of those who live here), it’s refreshing to see works that encourage us to embrace L.A.

In her new children’s book, “Truman’s Los Angeles Adventure,” Barbara Dourmashkin, originally from New York but now living in L.A. with her husband and their two daughters, creates a hilarious and moving journey across L.A. through the eyes of a family’s parakeet, Rainbow, who escapes from her cage, and their dog, Truman, who chases after her. As the family runs behind the fast-roaming pets, we get to explore places such as Dodger Stadium, which is having its annual “Pups at the Park Day,” and where Truman catches a ball that Clayton Kershaw has just pitched. We breeze through nearby Chinatown and race up to the top of Walt Disney Concert Hall. There are stops on Olvera Street, where a Blessing of the Animals is taking place and Truman listens to a mariachi band and borrows a sombrero. At Venice Beach, Truman jumps on a skateboard and speeds down the crowded boardwalk.

The book, also illustrated by Dourmashkin, is a colorful, quick read that ends with an illustrated map of L.A., a city sandwiched between mountains and the ocean, ripe for explorers as curious and daring as Rainbow and Truman.

Dourmashkin says she’s enjoying reading her book, a travelogue of sorts, to children at schools in the area. They are “very excited about reading and seeing pictures about places in L.A. they have visited or would like to visit,” she says. “I have heard that children have made their parents take them to places they have not visited yet after reading the book.”