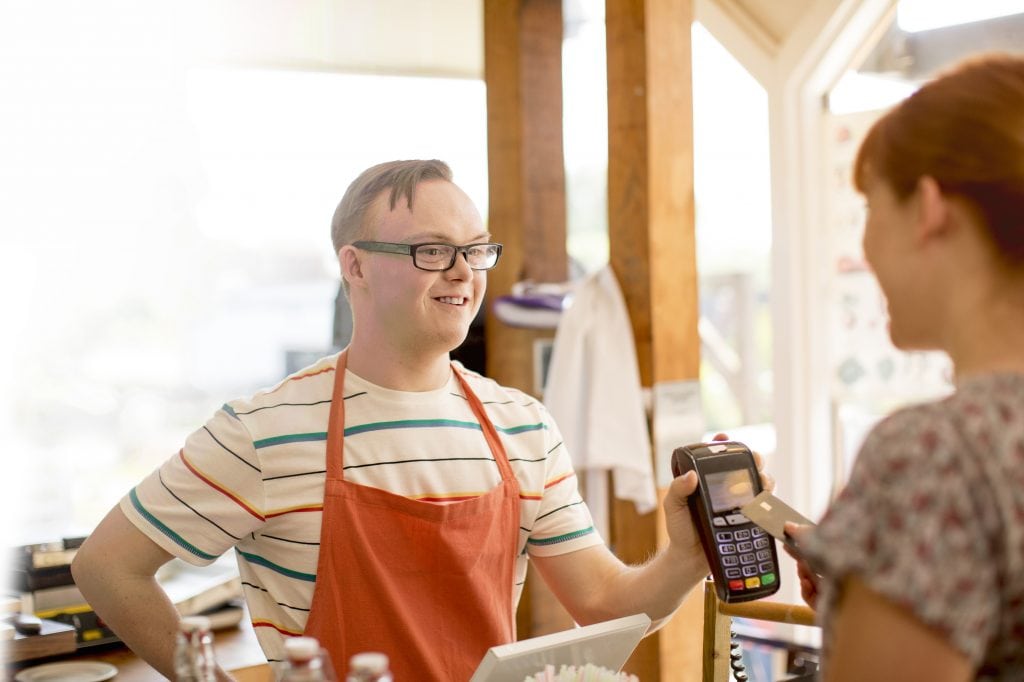 Caps and tassels. Flashy helium balloons. Bags of confetti. Sappy greeting cards. Scroll-toting teddy bears. We all know when graduation season hits, and even if you don’t have a graduate in your life, the sight of these celebratory symbols might spark a sense of excitement and nostalgia within you.

But while reaching such milestones is heralded as marking the beginning of a young adult’s life, this transitional period can also be a source of worry and fear for students – and, especially, their parents. There’s nothing like an approaching graduation to remind teens that they are about to leave the cocoon of their parents’ nests. For each of their concerns, their parents’ fears are often double the strength. And for parents of young adults with disabilities, concerns can weigh even heavier.

The key to helping these students (whether their plan includes an official graduation or not) best succeed is to be vigilant in working with school administrators and teachers on your child’s individualized education plan (IEP) for life after high school.

Enlisting the Help of Educators

Before he concluded his tenure at Belmont High School, Alejandro Gutierrez had a plan for the future and someone to help him put it into action.

Step one was a part-time job at Warehouse Shoe Sales, which he obtained while still in high school, thanks to help from his District Office of Transition Services (DOTS) instructor Morgan Hill, who had a connection with the employer. Gutierrez expects to start his college career at Los Angeles Trade Tech College and ultimately transfer to a four-year school, where he will pursue a degree in electrical or software engineering.  “Ever since I was young,” says Gutierrez, “I’ve liked building things.”

Carlos Sanchez, a graduate of Miguel Contreras Learning Complex and another one of Hill’s students, has found his post-high school passion in animals. He works part time at a doggy daycare facility and is considering a career in animal psychology.

In many cases, having learning disabilities and IEPs should not hold students back from achieving their post-high school goals. “I’ve realized over the years, it has nothing to do with intelligence,” Hill says. “Sometimes they learn in a different manner. All of Alejandro’s teachers recommended him. He was very mature, very responsible.”

The Back of the Form

While parents have been reviewing their students’ IEP forms for years, when those students are nearing the end of high school, the section that had always seemed so far away – the one located on the back of the document – becomes front and center. It is the portion of the IEP reserved for what happens when the child leaves high school and it is labeled, fittingly, as the transition plan. 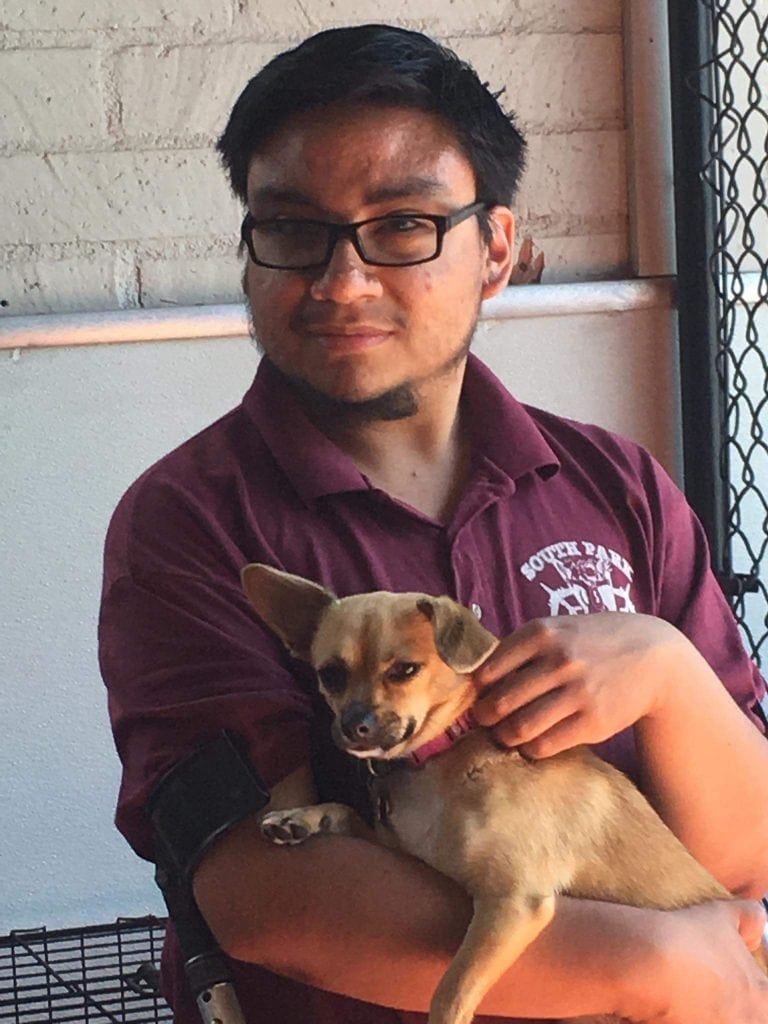 When you’re considering the future of a child with a disability, special-education teachers, advocates and parents generally agree it is never too early to start the discussion, no matter how informally. Teaching a child to take public transportation, to do his own laundry or to use the stove fosters independent-living skills that can be considered transition-related.

In some respects, transition services are a concretized version of the question “What do you want to be when you grow up?” with an assigned team working to help the student chart the path toward that goal. Schools conduct regular assessments to gauge their students’ interests, abilities and progress. Elements of the transition plan may be written down and/or updated during an annual IEP meeting, but the execution of the plan takes place out in the world – at job and career fairs, in offices or on field trips where students learn about post high-school and employment options. Schools often host an event or bring people to campus to conduct workshops or skills training.

How much transition skill-building students receive can depend on the school they attend and on how actively the students or their parents seek out these opportunities outside the school environment. Where parents have been accustomed to acting as their child’s protector and provider, Mom and Dad should now be transitioning themselves into more of a coaching role, educators say.

“We want to foster as much independence with students as possible, and I think that sometimes can be really difficult for parents,” says Lela Rondeau, coordinator of the District Office of Transition Services for LAUSD. “Even with typically developing kids, how difficult is it to try and let them do things on their own? I think that’s really a big challenge for parents to say, ‘OK, now it’s time for you to learn to make a sandwich on your own. I’m not going to do that for you anymore.’

“We talk with parents when we do trainings on transition that when you have an IEP meeting, you want to see through the lens of ‘I want to get as many supports and services for the student as possible,’” she continues. “It’s understandable to come from that perspective, but at the same time, the more supports we put in place, the more have to be faded later on.”

Transition plans will look different for each student. In two years, when her daughter Amanda ages out of high school, Rosa Andresen will face a different set of challenges from those Gutierrez’s and Sanchez’s parents faced. Amanda was born without a corpus callosum and also has cerebral palsy. She has had seizures since birth and is not verbal. She is 20 but has the intellectual capacity of a 14-month old, Andresen says.

Andresen is researching the best facility for her daughter’s next phase. She hopes that she will eventually learn some basic skills such as feeding herself and using the bathroom independently. “My whole dream for her is that she would be a little more independent,” Andresen says.

“The big question, once they turn 22 or age out of the school system, is how is that transition going to look? What is the follow-through? How are we measuring whether this is even working?” says Samara Suafo’a, a special education and Gifted and Talented Education coordinator at Pacific Boulevard School in Huntington Park who works regularly with Amanda. “Our focus is trying to be as proactive as possible, getting the information into parents’ hands as early as we can.”

As the people who know their children best, parents can supplement the work of the transition team by asking their son or daughter about their interests and proactively working to expose them to professions or experiences. A child can go to work with a parent or “job shadow” a family friend who works in an industry that is of interest to the student. 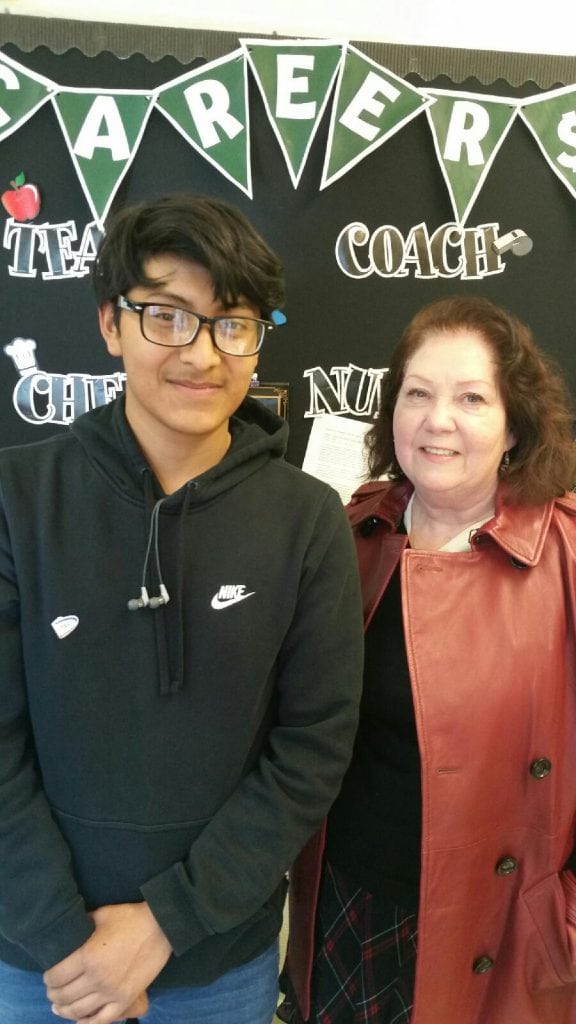 In its Transition Guide to Postsecondary Education and Employment for Students and Youth with Disabilities, the U.S. Department of Education calls transition from school to post-school activities a “shared responsibility.” In an ideal world, as he matures, the student himself leads the discussion of his IEP and takes ownership of his transition services.

Self-advocacy becomes especially critical, educational experts say, as a student moves on to college. Once a child leaves high school, the transition plan or anything else in the IEP can be a guideline but is no longer enforceable. A student can contact his university’s office of disabled student services and try to arrange for accommodations to make college life easier, but this will require the student to take the initiative and advocate for himself.

Some students have lots of practice in self-advocacy. For others, the process is a lot more difficult. And transition plans – no matter how detailed or well written they may be – are no guarantee of a student’s success. Some students manage to get out of high school through an exit exam and portfolio presentation but emerge without any of the skills necessary to succeed in college or the real world.

Now that they are 18 and legally considered adults, these students can choose whether or not to take medication or seek out professional assistance. Cecelia Galassi, Ph.D., a professor of English at Golden West College, recalls a recent student who had an emotional breakdown and asked one of the interns whom he had become close to if he could drop Galassi’s class.

“He smelled, he hadn’t been sleeping, he wasn’t making any sense and he wouldn’t go to the Office of Disabled Student Services,” says Galassi, who is the parent of a middle-school child with a disability. “For a lot of young people who have welcomed adults taking a large hand in their education, it’s hard to convince them how much they need to do on their own.”

Keeping It Real for Students

While students are, if it is feasible, responsible for taking the reins of their future, parents sometimes hinder their path to success by not educating them about the details of their disabilities, educators say.

“Many students have been protected from discussions of what their disability is, and they can’t really describe it. Or in some cases, they don’t know what the disability is and may not be aware of accommodations they received,” says Jodi Johnson, director of Disability Resources and Educational Services at California State University, Northridge. “Some of those accommodations may not be appropriate in a higher-education setting, and they have to meet the same standards as everyone else.”

Parents and students also need to realize that the goals they set must be in line with abilities. A high school senior who reads at a fourth-grade level may dream of going to college, but that dream may not be immediately reachable.

Advocate and consultant Cindy Appelbaum, M.Ed, evoked the grieving process that parents of some children with disabilities experience when they first learn of their child’s disability. When transition time comes around, and a child has not progressed enough to make college or employment a viable next step, a new kind of grieving can set in.

“All of a sudden, they’re at the end and they’re very angry because they don’t know what to do next,” says Appelbaum. “As a transition coordinator, I saw my role was to say to the family, ‘The truth is, this is not the end of anything. We’re now preparing your child for the beginning of what’s next.’ We want to help them learn how to make some food. We want to [teach] them how to have a supported living job. We want to help them learn how to be as independent as possible.”

Evan Henerson is a freelance lifestyle and arts writer based in Los Angeles. He has written extensively for the Jewish Journal, International Bowling Industry and the Los Angeles Daily News, where he was a staff writer for nine years.