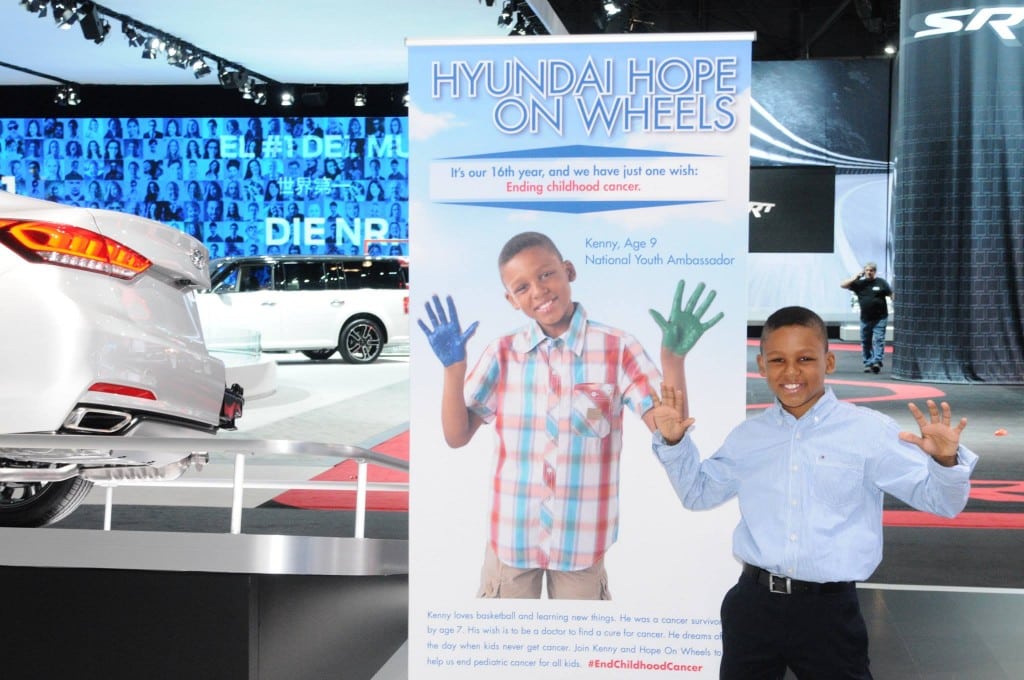 9-year-old Kenny Thomas, from Carson, is a cancer survivor and Hope On Wheels ambassador.

Kenny Thomas of Carson is 9 years old, and he is on tour. But Kenny isn’t a child actor or a member of a boy band. He’s a cancer survivor, and he is touring as a Hyundai Hope On Wheels National Youth Ambassador.

He and fellow ambassador Ashley Burnett, 10, of North Carolina, speak at ceremonies throughout the U.S., sharing their personal stories of living with cancer and helping distribute Hope On Wheels grants that benefit pediatric cancer research.

Thomas was diagnosed with non-Hodgkin’s lymphoma shortly after his 8th birthday. His parents noticed that he had been losing weight, and had persistent coughing and night sweats, and eventually took him to the emergency room. A chest x-ray revealed the stage-three cancerous mass in his chest. Thomas spent the following six days in pediatric ICU, where his life was saved. Aggressive therapy at UCLA Medical Center followed, and Thomas has been in remission since December 2012 and is back to playing with his friends. He missed the entire third grade and lost his hair, but says he feels blessed by his experience and those who took part in his cure.

“Kids should not have to know anything about cancer,” Thomas says. “It is not a disease that we want to have. Even though I got used to the needle pokes, fighting cancer meant that I had to be strong for myself and those who care about me. I am so excited to be named a National Youth Ambassador for Hyundai Hope On Wheels. I want to give other kids the courage to get through the treatment. It takes courage, and I know every kid has this courage in their soul.”

Hope On Wheels was founded in 1998 and by the end of 2014, the foundation will have donated $86 million to pediatric cancer research to institutions and doctors throughout the U.S. for their efforts in finding a cure.  This year, Hope On Wheels will award 13 Hyundai Young Investigators Clinical Awards and 36 Hyundai Scholar Hope Grants totaling $13 million to institutions across the country. 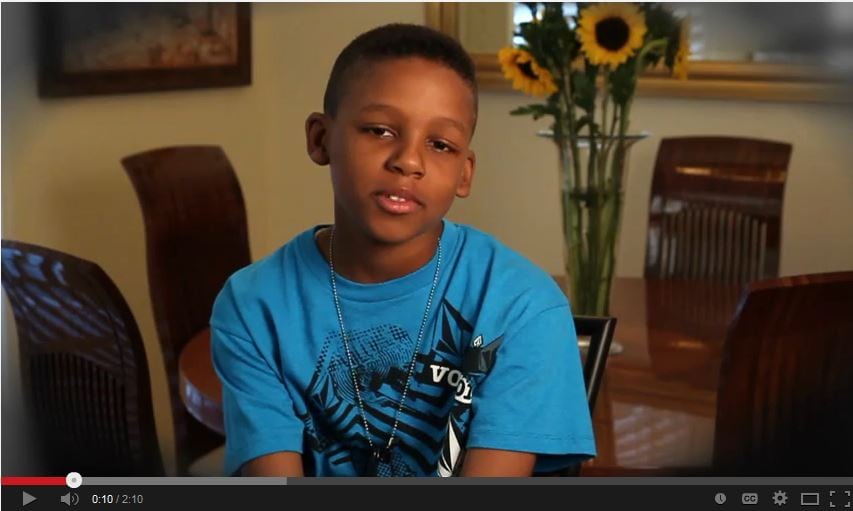