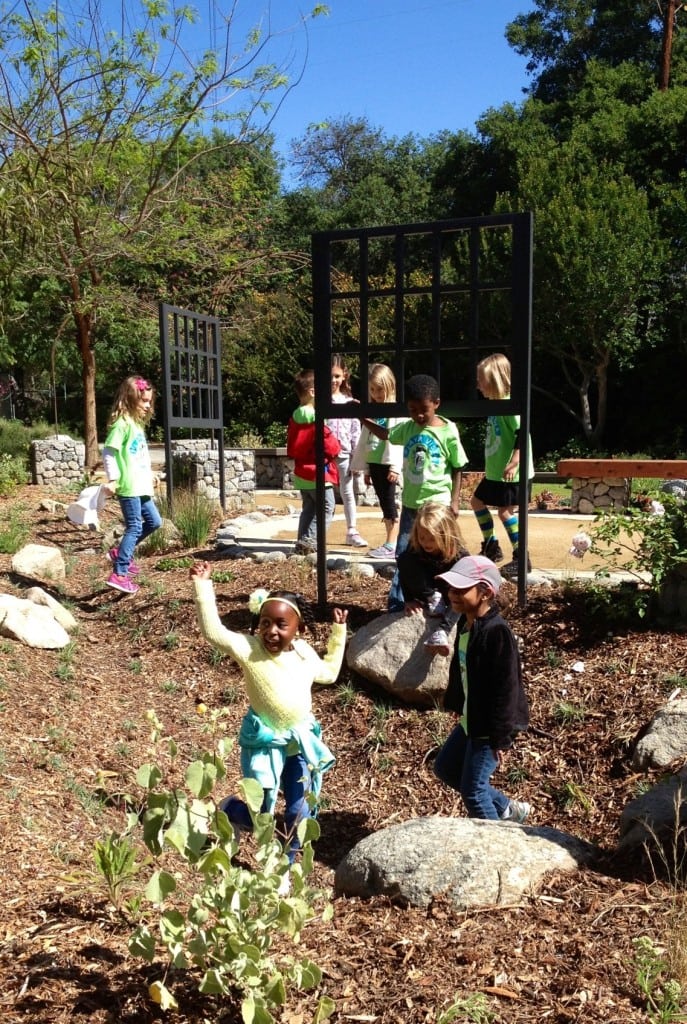 Twenty-five percent is a number that might have you thinking about your yard a little differently this year. That’s how much Gov. Jerry Brown has ordered urban areas in California to cut back their water use, inspiring visions of brown lawns and prickly cactus.

Rachel Young wants to change that view. She is director of horticulture and garden operations at Descanso Gardens in La Cañada-Flintridge, where a new Center Circle demonstration garden showcases drought-tolerant landscaping for “a future Los Angeles.”

The garden features colorful Southern California natives and drought-friendly plants from other parts of the world that share our climate (there is even grass!), but not all of the focus is on the plants. Equally important are features that help water percolate into the ground and replenish groundwater supply, rather than running off into storm drains. Paths are decomposed granite instead of concrete. Garden walls are “gabions,” wall-shaped cages filled with rocks that let water through. And a bioswale – a dry river bed planted with greens – helps catch and filter water back into the ground.

Descanso visitors inspired to make changes at home can attend lectures, pick up information about drought-tolerant gardening, buy drought-tolerant plants (with care instructions) and learn about county and city rebates. And Young has some advice to get you started.

“One of the simplest things you can do is just mulch,” Young says. “You can do that without changing your garden at all.” Apply bark, moss, pebbles or even recycled decorative glass chunks over bare ground in flower beds – and even in potted plants – and you’ll need 30 percent less water.

Check your irrigation regularly. Your plants don’t need water until the ground is dry six inches down, Young says. Dig in, and if the dirt is still damp, cut back. 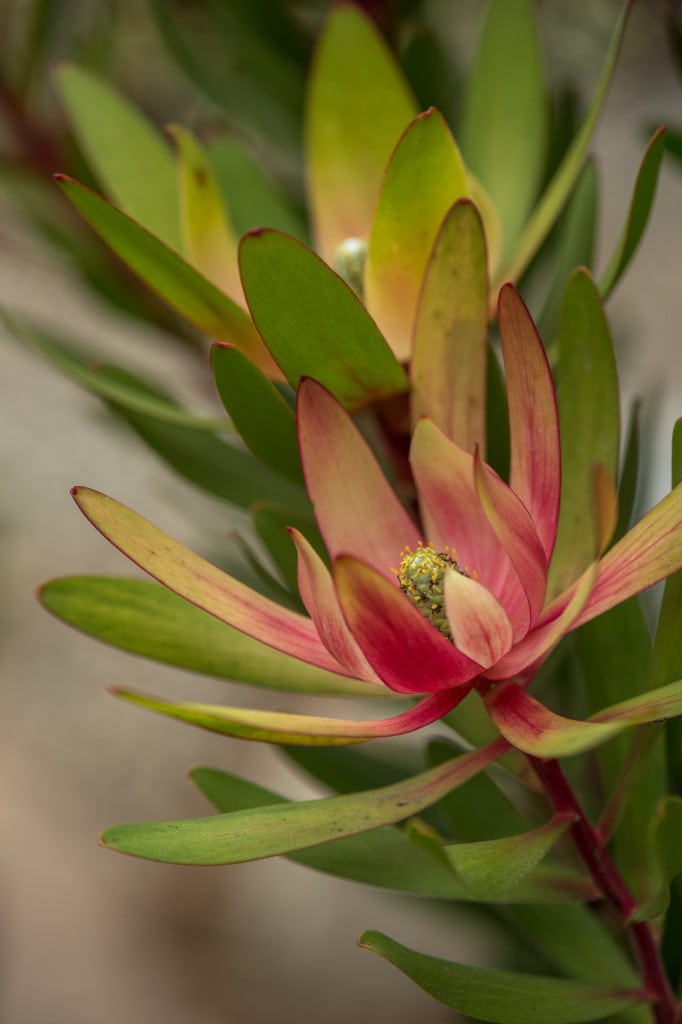 Plants from Australia, such as Leucadendron, add color without needing much water. PHOTO COURTESY DESCANSO GARDENS

Put in new plants in fall or winter for best chances of success. “Summer’s the time to think about what you want to take out of your garden,” says Young.

Pick the right spot and scale. 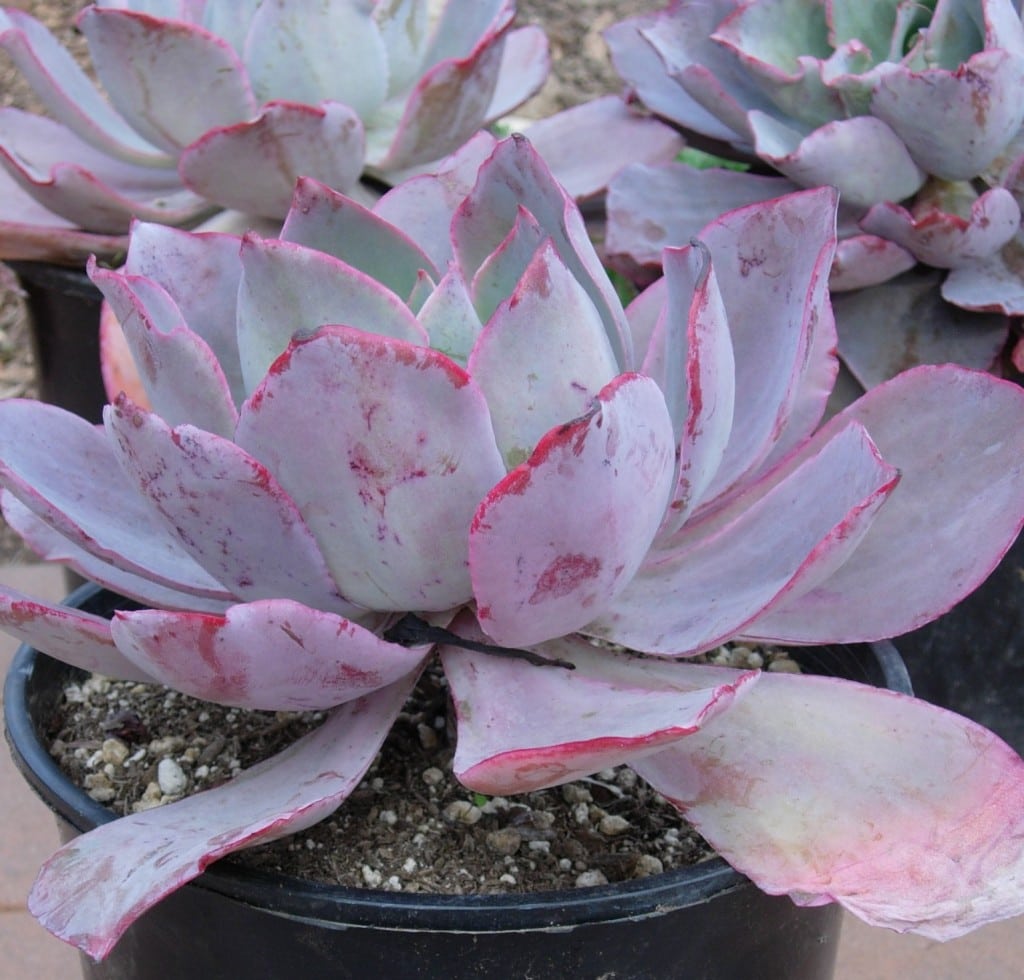 Afterglow Echeveria is one of the “juicy” drought-tolerant succulents you’ll find in the new demonstration garden. PHOTO COURTESY DESCANSO GARDENS

For your first drought-tolerant conversion, start small. “Pick a project that you can accomplish in two or three weekends,” suggests Young, such as a single flower bed. And make sure it’s a flower bed you visit often, so that it will get the attention it deserves.

Learn about your plant options.

Young favors Australian plants including Jester Conebush and Coastal Gem Grevillea, California natives such as manzanita, and “juicy” succulents like Afterglow Echeveria. Succulents are especially nice for frugal gardeners, because you can start new plants with cuttings. “It’s easy to make one plant many,” Young says. For beginners, Young recommends rosemary and lavender. “They’re tough, and you can cook with them,” she says.

The point is that while we might have to get used to having less water, we don’t have to give up gardening to do it. “We’re at a point of change in L.A.,” Young says, “and we want people to see that there’s a beautiful garden awaiting them for their future.” You can visit it at Descanso.