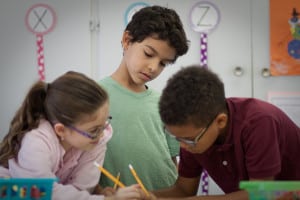 When I was pregnant with my first child, I was one of those mothers. You know the type, reading all the pregnancy books, taking the birth-education classes, sharing pregnancy symptoms with the other mommies-to-be during prenatal yoga class.

Once my son was born, I continued on that path. I breastfed. I made his baby food. I enrolled us in a well-rounded roster of baby classes because I had read how many neurons were firing in his little head during those first few years of life. I wanted to make sure there were enough pathways in that little skull of his to be able to take him wherever he wanted to go in life … once he was able to walk.

Then people in my new-mommy circles started talking about preschools. I had heard there were waiting lists for some preschools that stretched for years, so I began my search. We went on some tours, but ultimately chose the school I had heard most mommies say was the best one.

This is a common mistake. “Just because a school has a good reputation doesn’t mean it’s right for you,” says Yuri Hronsky, head of Ilan Ramon Day School in Agoura Hills. “What you feel is what you get.”

While the school we chose might have been the best for some, it wasn’t the best for us. Although the teachers at the school were very nice and one was – by far – the best we’d ever had, I never quite felt at home there. I eventually made some friends, but I always felt like an alien walking around that school. 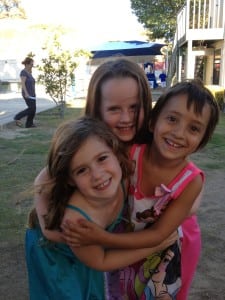 Kerry Maguire, director of admissions at Chatsworth Hills Academy – a school that prides itself on having a tight-knit, caring community – says that when you’re walking around a private-school campus, “If you’re uncomfortable, then that’s not the right environment for you.”

There are many excellent Los Angeles schools, and lots of practical questions to consider when looking for a school for your child. What are the hours? How far is it from your home? How much does it cost? Is there financial aid? Is there diversity? Does it incorporate religion into its curriculum or does it have a special-needs program? And, of course, you want a school that will provide your child with an excellent education and prepare him or her for college.

There are many great independent and charter schools in the Los Angeles area. “That’s why you shouldn’t panic,” says Los Angeles psychologist Michelle Nitka, Ph.D., author of “Coping With Preschool Panic” (self-published, 2013). Not all parents take her advice.

Some parents worry that their children’s future will be impacted if they don’t start out at the right school. They believe that children’s educational experiences will dictate where they will go to college, and what kind of lives they will lead. “It keeps me up at night,” says mom Rebekah Tolin about finding the right school for her son. “I think, besides parenthood, it’s the biggest gift I could give him.”

After touring many schools, Tolin fell in love with one immediately. She says she walked through the whole tour with tears in her eyes, knowing it would be the perfect place for her son. “There were 600 families applying for 40 spots. I’ve put more effort into where he goes to kindergarten than I put into applying for my college,” she says. 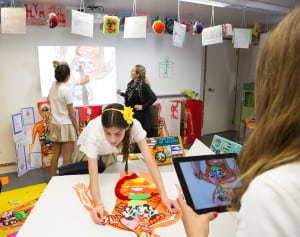 The Archer School for Girls works to inspire girls to discover their passion. PHOTO COURTESY ARCHER SCHOOL FOR GIRLS

Christina Simon, author of “Beyond the Brochure: An Insider’s Guide To Private Elementary Schools in Los Angeles” (BookSurge Publishing, 2013), says families first have to identify which of the many available educational philosophies they want in a school. Those range from traditional to progressive, Waldorf to Montessori and developmental to Regio Emilia. Simon also believes it’s important to think about your child’s learning style when you’re selecting a school. “Even if you love the school, it may not be a good fit for your child’s personality,” she says.

But not everyone agrees about the importance of a school’s philosophy. “Philosophies are mostly artificial because each school is so eclectic,” says Nitka.

This might be especially true during the preschool years. “When they’re six months old, you’re not thinking which educational philosophy you believe in,” says L.A. mom Lauren Janssen Byrne. “But you do want to find a place that will help them transition from a warm and cuddly environment to some structure, and you want them to like school.”

Byrne says she knew she had found the right preschool when she walked into a classroom and saw that the art on the walls was “engaging but organized.” She felt like this school was the right fit for her family.

Many heads of schools recommend that prospective students get a feel for the campus by spending a day or a half-day there, maybe guided by a current student. “It’s a value-based decision in every way,” says Hronsky. “The best way to get a sense of the vibe at a school is to spend the day there when the school day is happening.” This will give you more information about the school atmosphere than you’ll get if you only attend open houses or school events. Hronsky also suggests asking if a current school parent can show you around on your initial tour. “A great way to get a sense of a product is to talk to the consumer,” he says. 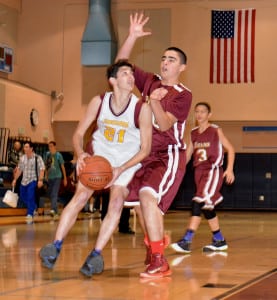 Maguire of Chatsworth Hills suggests taking a good look around while you’re touring the campus. “Do kids look happy? Are people friendly?” she asks.

The preschool tour that ended with a three-year commitment from our family was held on a day that the school was not in session. I got the marketing portion of the story, but didn’t get an actual taste of the community until we had already started.

“Independent schools are family experiences,” says Elizabeth English, head of Archer School for Girls in Los Angeles, which boasts a student population from 92 different ZIP codes and prides itself on diversity. “Everyone is struck by how happy our kids are, how kind they are,” English says. “Diverse communities are kind communities.”

Think about how you will fit into the community you see at schools you are considering. “When you’re looking at a school, can you see yourself there?” asks Michelle November, associate director of admissions at New Community Jewish High School in West Hills.

“As an adult, are you going to enjoy the teachers and parents?” English says to ask yourself.

Eventually, our family moved on from that first school. We found another school that immediately felt right, and the friendships we’ve formed there are exactly what all the experts say you will find if you’re in the right place.

Rina Baraz Nehdar is an L.A. mom of three who writes frequently for L.A. Parent.