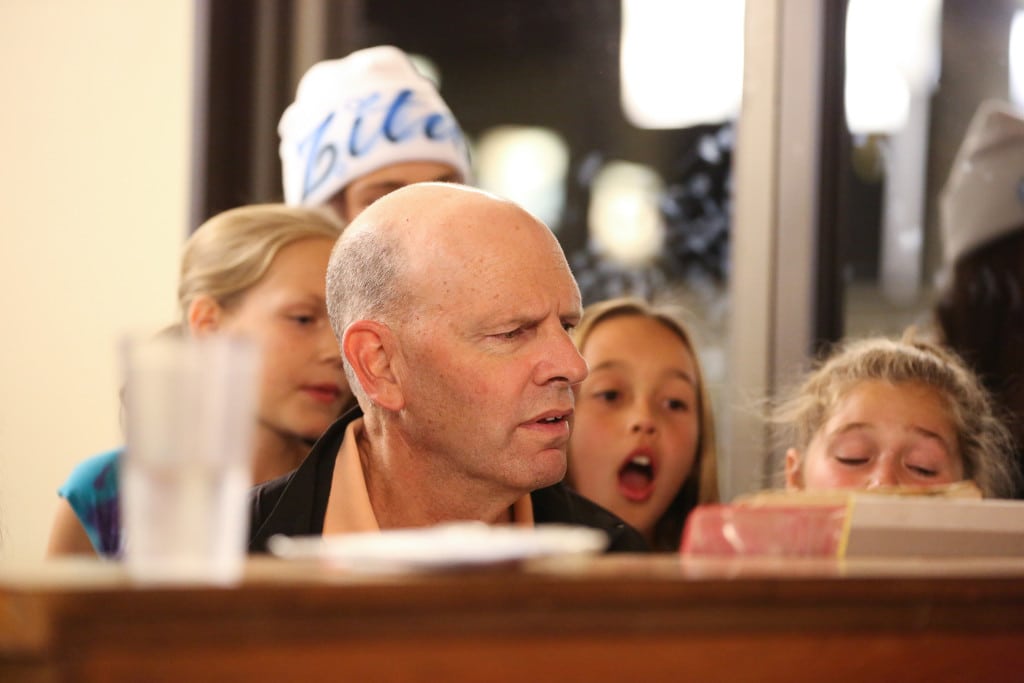 Around 24 years ago, Jeff Lantos was two years into his teaching career and realized that his U.S. history lectures were being met with a sea of blank faces. His students just weren’t engaged. “There were too many complex ideas, trying to teach the Constitution,” says Lantos, who teaches fifth grade at Marquez Charter School in Pacific Palisades.

He decided to try something new, unique in Los Angeles schools. That summer, Lantos sat down to turn his lessons into lyrics, teaming up with composer Bill Augustine, who wrote “simple but catchy melodies.” Together, they created what has become the school’s most popular musical theater program. His students sing and dance their way through U.S. history – and put on four shows every year.

Lantos says that not every day is a rehearsal. That’s reserved for Thursdays. But he does start every day with a half-hour of song. And as soon as the music starts, the kids drop whatever they’re doing and gather around the piano to sing. “It gets their neurons firing and elevates their mood,” says Lantos. He claims he doesn’t see any of the behavior problems that the third- and fourth-grade teachers warn him about. Besides incorporating the arts, Lantos says his way of teaching also helps students learn cooperation and delayed gratification.

It seems to be working for the students.

“Last year, I hated history because it was all reading,” says Samantha Sinaiko. Her friend, Morgan Greenwald, agrees. “Sometimes, you just zone out, but this way you remember,” she says.

At a recent rehearsal, four girls sit on a wall outside the theater. They start kidding one, Jessica Jacobs, who they say is an amazing singer. “I think she should be on Broadway,” says Emily Schwartz. Jacobs, who describes herself as an “average” student, is blushing and swatting away the compliments. She admits that when she first started singing in the productions, she was shy. “Now I’m much more comfortable singing and performing in front of people,” she says. 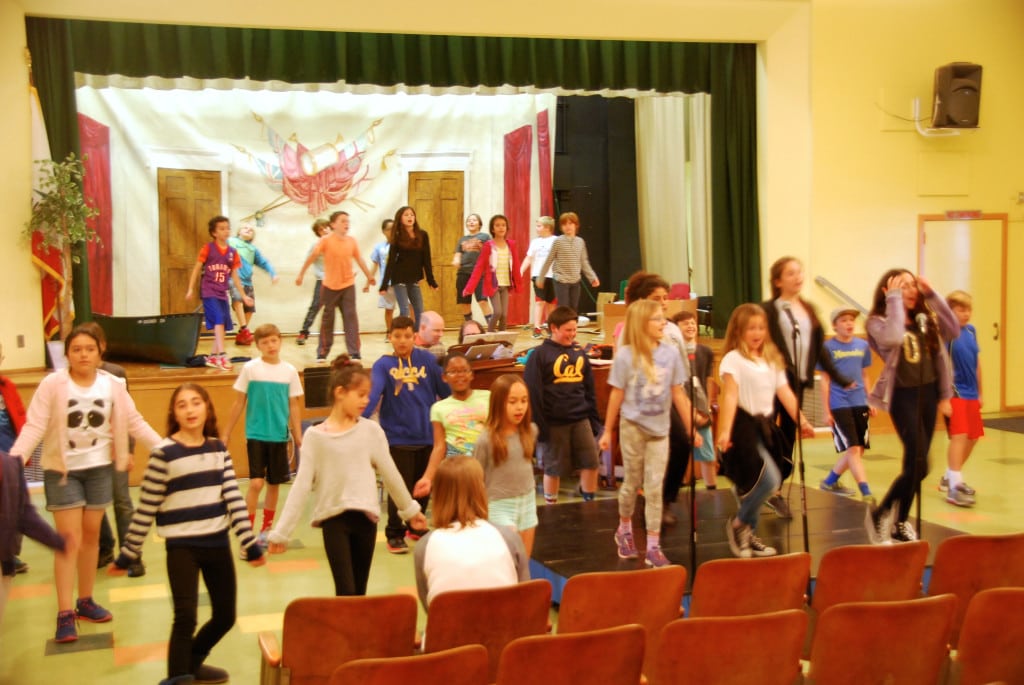 Former students say Lantos’ lessons stuck with them. Jeanette Mills claims the performances in which she participated years ago helped jog her memory while taking her history exams at UCLA. Today, she choreographs the shows for Lantos. “Teaching this way, the students have a deeper connection to history because they have a personal connection,” she says.

Parents of Lantos’ students are happy because his methods help get kids excited about school in general.

“[My daughter Isolde] wants to come every morning, even if she’s sick,” says dad Jeff Fair. Isolde’s mom, Starr Parodi, says the experience is not only teaching kids about what happened in the world before they were born, it’s also teaching them how to get along better within it. “When you sing together, it’s hard to hate each other,” she says.

And the production highlights talents in children that might have remained hidden in a typical classroom setting. “He brings out strengths in every student,” says Tina Bahador, whose daughter, Jasmine, is in Lantos’ class. “It’s not just reading, writing and math. These performances are real confidence-builders. What a valuable thing to get this now instead of later or never. It brings a tremendous amount of joy to the learning experience.”

Bahador adds that it’s not only Lantos’s students who learn this way. “My kindergartener knows all the states,” she says, “because my daughter sings about them at home.”

Lantos’ fame has spread beyond the Marquez stage. The California Lottery featured him in an online documentary series called Project Believe (http://cabelieves.com), which profiles California residents who have made a significant impact on their communities through their belief in something bigger.

And while learning lines, lyrics and songs and performing in shows helps Lantos’ students remember their U.S. history, it is helping them make other memories as well. “When I think back, I could barely remember the fourth or fifth grade,” says Parodi. “This will anchor them to a piece of their childhood.”

These outside-the-box lessons transform regular students into diligent scholars of the past, and make history, for the moment, accessible.

Rina Baraz Nehdar is a local writer and mom.