Leigh-Allyn Baker got pregnant, then got her first Disney Channel gig 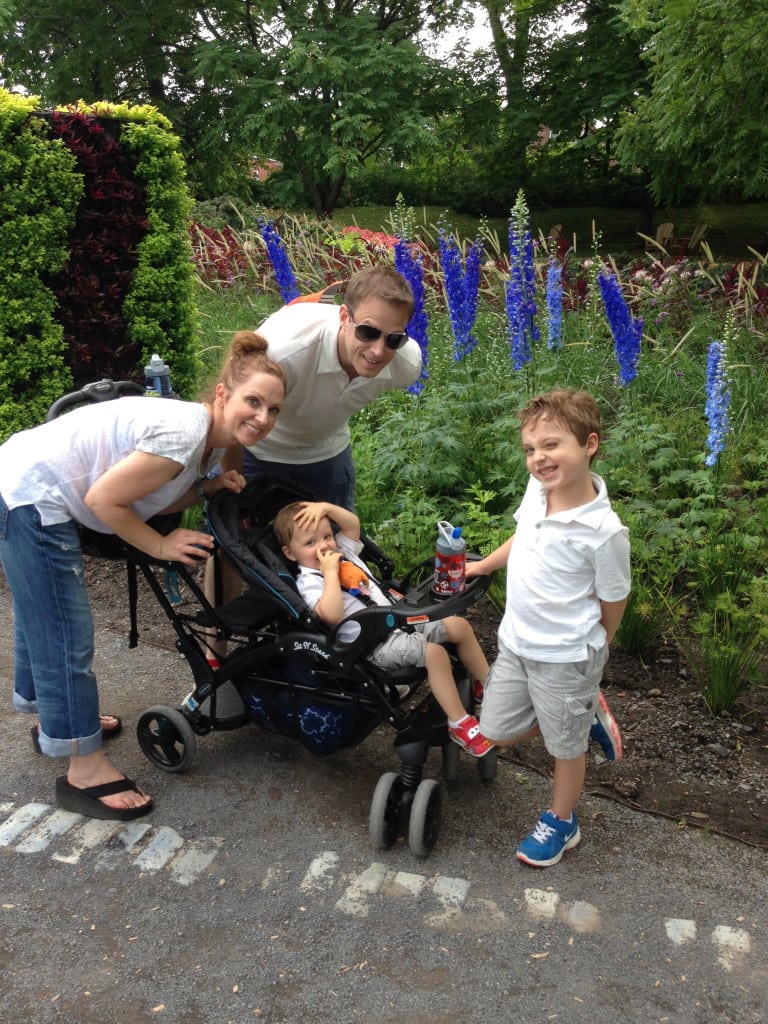 During a 22-day film shoot, Leigh-Allyn Baker and her husband Keith Kauffman and sons Baker and Griffin took some time for family fun at the Montreal Botanic Gardens. PHOTO COURTESY LEIGH-ALLYN BAKER

Leigh-Allyn Baker is on a film set in Montreal, confronted with a destroyed pair of shoes that just isn’t right.

“They were supposed to be exploded, but someone had just cut them in half,” says Baker, who most recently starred as Amy Duncan in the Emmy-nominated Disney Channel series “Good Luck Charlie.” As an actor in the film – which is called Bad Hair Day and premieres on Disney Channel Feb. 13 – Baker has a scene to shoot. But she’s also the film’s executive producer, which means that, just like a modern-day Disney princess, she’s the one who has to save the day.

“So I step outside with this little blowtorch heat-gun apparatus and pliers and start pulling,” Baker says. “I personally blew those shoes up.”

In Bad Hair Day, Baker’s hair isn’t blonde (like Amy Duncan’s was), it’s brown. But she isn’t the one with the “bad hair.” That would be co-star Laura Marano (of “Austin & Ally”), playing Monica, a high-school girl who wakes up on prom day to find that her hair, dress and shoes are a wreck. The only salvageable part of her prom outfit is a necklace she bought at a pawn shop.

Enter Baker, playing a down-on-her-luck cop named Liz who is trying to track down the same necklace. A jewel thief played by Christian Campbell also wants the necklace, and Liz and Monica flee his clutches and go on a 24-hour adventure together.

Baker promises the film has something for everyone. “If you ask Laura Marano, it’s about a girl whose day goes awry. And if you ask me, it’s about an adult cop whose life has gone awry,” she says. “It’s a great mother-daughter film, but I think it goes even further than that, because it’s kind of got a lot of testosterone in it. There’s a car chase in our movie. There’s some tasers flying about in our movie. It’s not a pretty movie. We get down and dirty, and it’s funny.” 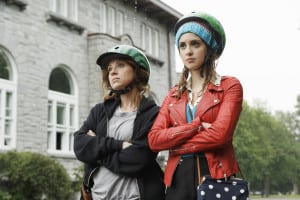 As the mom of two sons, – Griffin, 5, and Baker James, 2 – Baker relishes the action aspects of the film. “In ‘Good Luck Charlie’ everyone got to see my real feminine side,” she says, “and no one got to see how at home I am really one of the boys. This was a way for me to explore my more masculine side in a safe, hysterical space.”

She even got to do some of her own stunts in a car named Brando.

It Started With a Mouse

Even before her first on-stage role as the Dormouse in Alice In Wonderland at age 6, Baker says she knew she wanted to act. She auditioned for her first pilot season at age 21, landed a role and the show was picked up – but didn’t stick. “It took till I was 36 to actually get a series that stuck on the air,” she says.

Baker married Keith Kauffman in 2004 but put off having children because there always seemed to be a project in the works, though nothing that seemed to work out. A writers’ strike led to the demise of a promising HBO series where Baker had landed a role, and within days, she tested for and lost another part. 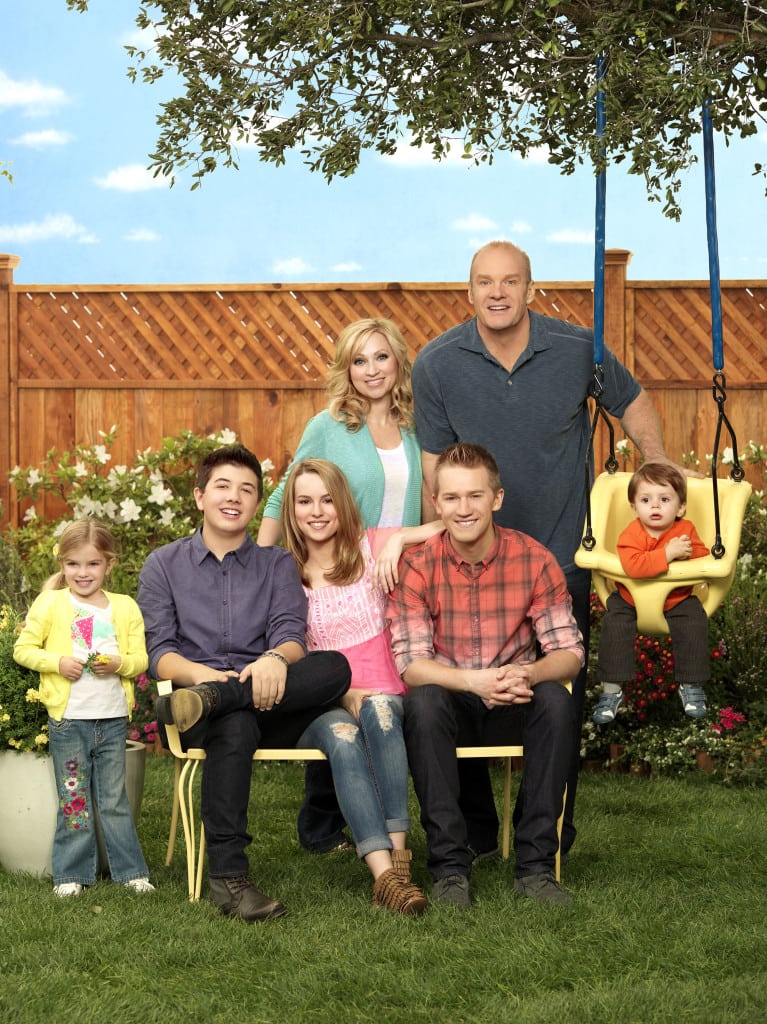 Then, at an audition for the Disney Channel series “Hannah Montana,” a woman came up to her and said, “You should have a baby. I always see you auditioning with me for parts, and you just need to get pregnant and have a baby. It’s the best luck ever. You’ll work nonstop.”

Baker decided to throw caution to the wind. “I thought, you know what, I’m going to take the power back. I’m going to cancel HBO and I’m going to create life,” she says. “And I’m not kidding you, I worked nonstop after that.”

During the fourth month of her first pregnancy, Disney offered her the role of talk show host Mickey in several episodes of “Hannah Montana,” and Baker has been a Disney mom ever since. That same month, talks began for her role in “Good Luck Charlie,” which began in 2009, ran for four seasons and gave her a chance to direct.

“No bones about it,” Baker says, “I went through my child-bearing years on the Disney Channel. I was nine months pregnant with Griffin when I first tested for ‘Good Luck Charlie,’ I had him and helped raise him even on that set. I worked through my entire second pregnancy, working for Disney Channel. It’s been a great place for me to camp out and have a blast while I raise a family.”

While raising her kids at home, Baker was playing Amy Duncan, mother of four, on TV. Mia Talerico, who played Charlie on the series, became Baker’s TV daughter at the age of 9 months, and Baker found it helpful having a child the same age at home – like when Mia peed on her shirt during a live taping. “To another actor that may have been frustrating, but I’d been peed on so many times, it didn’t matter to me,” she says.

“Good Luck Charlie” ended after four seasons, but new opportunities came along quickly. Disney Channels Worldwide EVP of Original Programming Adam Bennett came to Baker with the script for Bad Hair Day and asked her to help develop it. “The script sounded really funny, and I love working for Disney Channel, so I decided to jump on board,” Baker says. 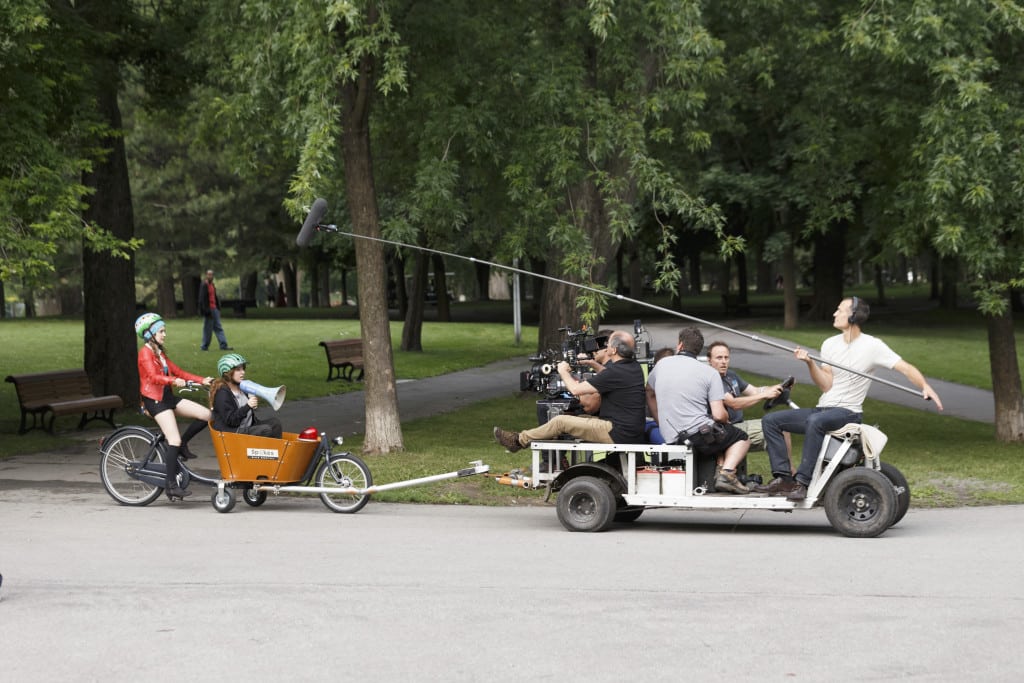 This film marks her first time as executive producer, which in television movies means dabbling in everything from developing the script to designing the wardrobe, developing the look, hiring the director and crew and selecting the music. But she felt confident from the start. “The creative things came very easily to me,” Baker says. “My husband even said to me, ‘Oh, they’re finally paying you to do what you’ve always done, which is meddle in everybody else’s business.’”

The film was shot in Montreal during 22 days over the summer, and Baker brought her family along. They left L.A. the day after Griffin had his preschool graduation, and stayed in a great little house with a grocery store, a Starbucks, parks and everything else they needed within walking distance. But that doesn’t mean mixing motherhood and the movie was always easy. “When you’re making a movie and you bring your family with you, it is no joke,” says Baker. “It’s 150 percent every day.”

On some nights, Baker would get home from shooting at 3 a.m., then find her sons standing next to her bed at 7 a.m. saying, “Mommy, get up.” “Well, yeah, I’ve only had three hours sleep,” she says. “But, guess what. You get up, and you play with your kids until you have to go to work the next night again. And you just suck it up, Buttercup.”

One of those all-nighter shoots was in a concrete quarry with “a lack of oxygen and abundance of concrete dust,” but Baker says that wasn’t the toughest day. “The harder shoot day was the day we shot the prom scene where we were both fixed up,” she says. To avoid wrinkling her dress, Baker had to stand for the entire shoot. “Believe it or not, I would actually prefer the concrete quarry to being in the fancy dress for 12 ½ hours,” she says. 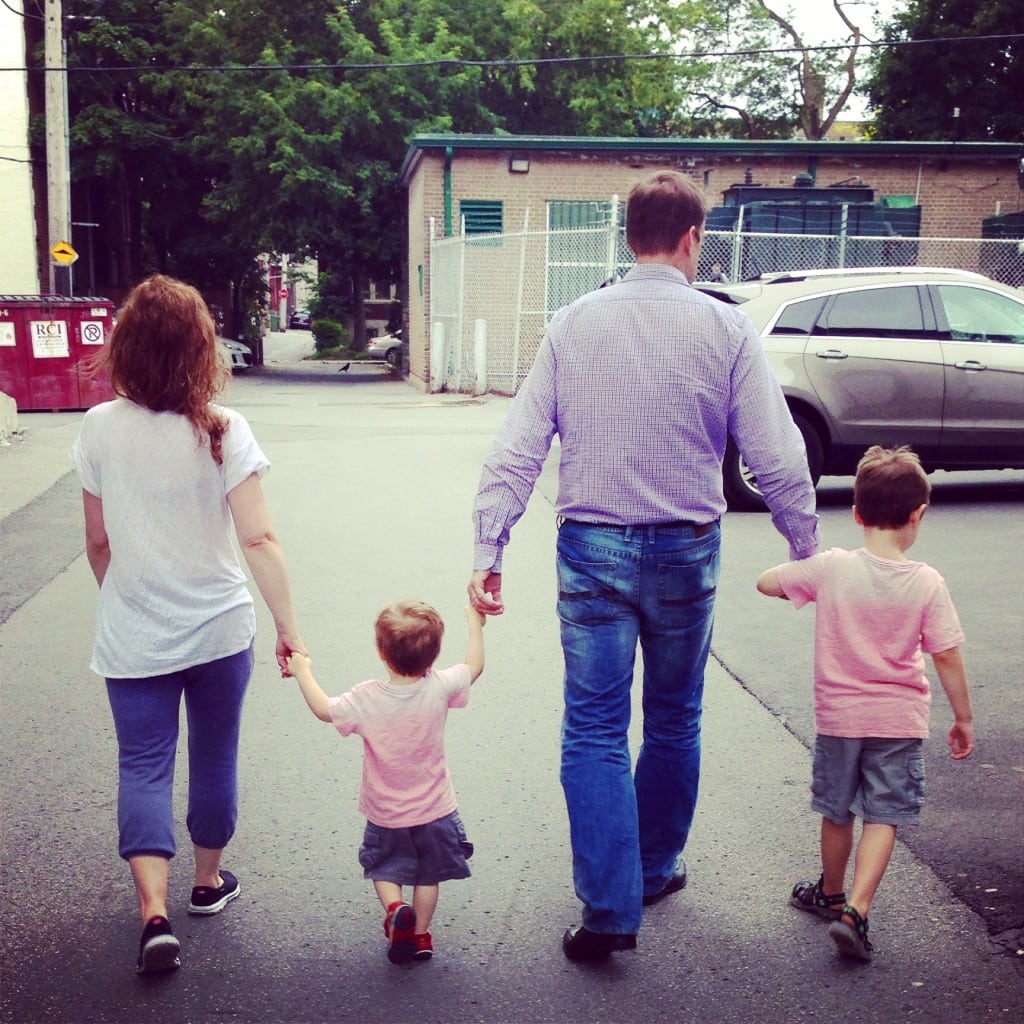 Leigh-Allyn Baker and her family leave the set of Bad Hair Day after their last day of shooting. PHOTO COURTESY LEIGH-ALLYN BAKER

Shooting ended and the family returned home two days before Griffin started kindergarten. “So, believe it or not, when we came home, it was hustle and bustle, because now I’ve got a kid in kindergarten, and there’s a lot of paperwork to fill out, and there’s a lot of calendars and things to buy and it’s just very busy,” Baker says. “You don’t want to be that parent who let something fall through the cracks.”

Baker also had to juggle more of what she calls “executive producering,” which means tasks that seemed to pop up out of nowhere – like approving music for the finished film. “So I’m sitting here with a 2-year-old at 7 in the morning, and I’ve got to review this movie for the 50th time and take notes on the sound,” Baker says. “So, it’s a lot of scrambling to find someone to help play with your child while you do this for two hours, or beg your husband to help you while you do it.”

Baker says husband Kauffman, who is Senior Vice President of Business Affairs at iHeart Media, has a huge role in making her mom-career mix work. “We say that our marriage isn’t 50-50, it’s 100-100, because our lives simply couldn’t work if each of us wasn’t putting in 100 percent,” she says.

She figured this out after just a few weeks as a working mom, missing baby Griffin while she was on set. “I would be sad, and I would miss the fun going on around me at work. And then I would come home and I would be rocking him and holding him and I would be thinking about how I didn’t have that great a time at work because I was focused on him,” she says. “Nobody was getting 100 percent of me.”

She decided to turn things around, and advises fellow working moms to try her approach: “Have a great time at work. Let it creatively fill you up. Come home and be the best mom you can be.”