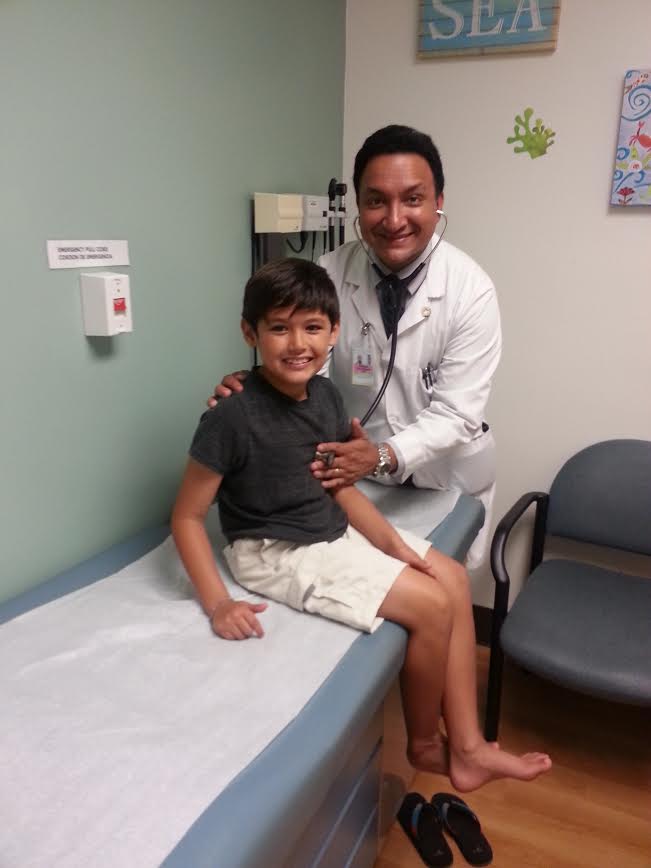 One in 11 kids in L.A. County has asthma. If your child is one of them, you might have noticed more flare-ups at the start of each new school year. Many hospitals report that asthma-related visits from kids peak around mid-September.

The weather is part of the problem, with allergens that can trigger attacks increasing in late summer, and pollens and molds made airborne by the hot, dry conditions. Classrooms that put kids in close quarters also increase the risk for colds and other respiratory infections, which contribute to kids’ asthma problems. And the kick-off of sports season can mean a sudden boost in activity level, triggering exercise-induced asthma.

One key to easier breathing is a regular visit to your child’s specialist – ideally every three months. “I will try to have that visit just before summer starts and just before school begins,” says Inderpal Randhawa, M.D., associate director of pediatric pulmonary services at Miller Children’s Hospital in Long Beach. The doctor can test your child’s lung function, allowing you to relax a bit if things are good, and work to prevent problems if the lungs are at less-than-ideal levels. “I’m a big advocate of objective measures,” says Randhawa, because they are more accurate than parents’ and patients’ observations.

Kids’ observations about the classroom, however, can be essential to preventing asthma attacks. Many classrooms have recirculated air that pushes potential triggers out through air conditioning vents, while others keep windows open – saving cooling costs but also letting pollen in. Randhawa advises kids who are sensitive to sit well away from AC vents and open windows, but says that the best prevention begins the night before with a dose of antihistamine.

Many kids with asthma take their antihistamine in the morning. But because it can take three to four hours for the medication to take effect, that leaves them unprotected as they go out into the pollen-rich morning air, and through much of the school day. “Then, maybe, by the end of the day your antihistamine starts working, and you’ve had a miserable day,” Randhawa says. Instead, he advises taking the antihistamine before bed so that kids get the benefits beginning first thing in the morning.

A saline spray can also help keep your child’s nose clear of allergens – and viruses. “The most common place to pick up a virus in the nose,” says Randhawa. “It’s very sticky.”

If your child does begin sneezing or coughing, or develops other symptoms, don’t guess at the cause. Allergies, asthma and colds can cause similar upper-respiratory trouble but need completely different forms of treatment. “It’s really important that folks understand what is causing those symptoms,” Randhawa says.