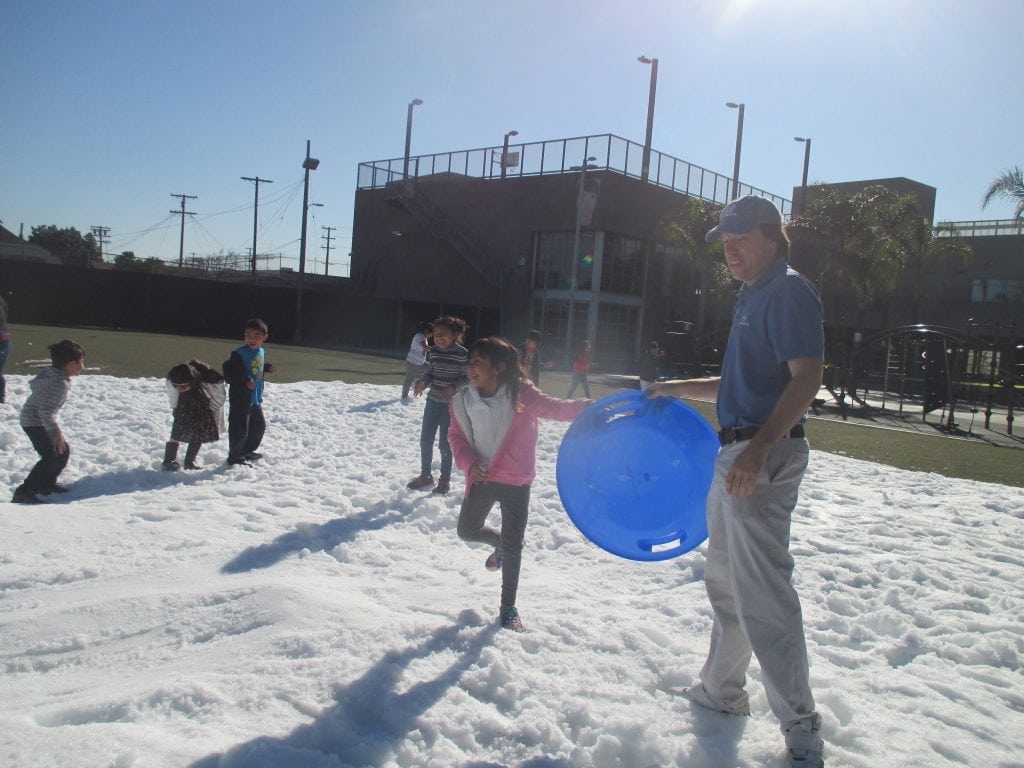 SoCal Honda received a special request on their Help Me Honda page from a counselor at Wallis Annenberg High School in South Los Angeles, where 95 percent of the kids are economically disadvantaged. Her request? To help them see snow for the first time:

“My name is Gloria Zelaya, I am a counselor at Wallis Annenberg High School a small high school in South Central Los Angeles. Every year we host a series of Festivals that are student generated and limited in funds. This year we are hosting a winter festival on campus and would love to give them a new experience — we would love to have them play in the snow. As you can imagine most of our students have never seen snow and will likely not have that opportunity readily available to them as it is a financial expense most of our families cannot afford.”

The Helpful Guys in Blue made her dream a reality Feb. 24 by surprising all the kids with 40 tons of snow, Slides and Sleds, and a play area from 3-6 p.m. This was a Random Act of Helpfulness not to be missed! February also marks the 10th Anniversary of SoCal Honda’s Helpful campaign, exclusive to SoCal residents and organizations.

Helpful Honda and their popular Guys in Blue are out in the SoCal community every week sharing Random Acts of Helpfulness. For example: