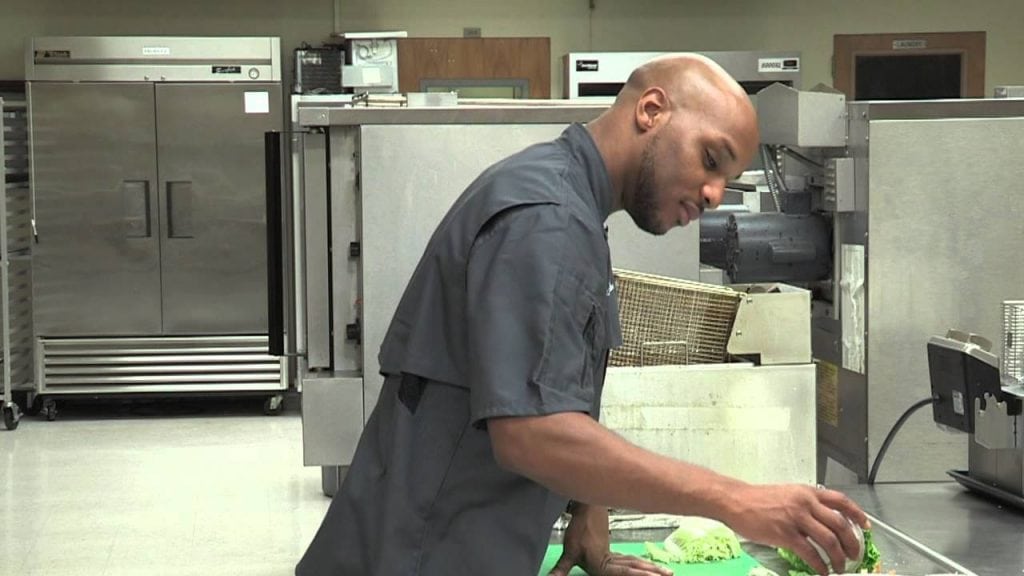 Chef Darrell DAS Smith created the culinary arts program at Beverly Hills High School and has cooked at the White House. He is now director of food services at Vista del Mar.

Chef Darrell “DAS” Smith has been a dad for less than a year, but he already knows a thing or two about picky eaters. That’s because in October, he became director of food services at Vista Del Mar Child and Family Services. The organization serves nearly 400 children with special needs related to learning differences, autism spectrum disorders and other cognitive, behavior and social challenges.

Smith and his team in the Vista Del Mar department of food services and hospitality cook lunch for the 400 students and staff on campus during the school day and breakfast and dinner for the 90 children in the organization’s residential programs.

So how does Smith, who has been featured on the Food Network and cooked at the White House, address the picky eating that often comes along with these other challenges? “We’re doing a lot more cooking, just opening up the palates of the students,” he says.

This includes farm-to-table dishes featuring produce from two large gardens on campus and plenty of fresh food made from scratch.

Smith says that if you want kids to eat healthy food, it has to taste good, smell good – and look good. “You eat with your eyes first,” he explains. “I’m huge on presentation, because that’s the first step.” Children love color, so Smith recommends including lots of it on the plate, from different colored vegetables in your salads to colorful fruit cut into fun shapes on fruit platters.

Good cooking, of course, comes into play. “It’s just really about the preparation of the food, especially the vegetables,” Smith says. “One of the biggest things that we found out is that [the students] love Brussels sprouts.” Smith roasts the sprouts so that they’re crispy outside, soft inside and not bitter. “Kids are big on texture,” he explains, adding he sometimes adds an orange marmalade sauce or some candy bacon to sweeten the deal.

Southern California families are fortunate when it comes to raw ingredients. “We have the best resources when it comes to fruits and vegetables,” Smith says. He shares a shopping tip to help families pick out the freshest produce for cooking at home. “When the produce is at a higher price, that means it’s not in season,” he says. “The taste is not going to be the best.” Produce is cheapest when it’s in season, so bargain shopping will also give you the best flavor.

Smith also suggests parents get their kids involved in cooking at home, so they are interested in what they eat. “Involve the kids in cooking as much as possible,” he says. “They take pride in it.” One playful way to do this is with Smith’s Chicken Kabob recipe, where kids can help thread the chicken and vegetables on to the skewers.

Smith’s own daughter only recently started eating solid food, and he is making all her purees. He began with carrot-and-apple, with green beans next on the menu. And he hopes, in a few years, she’ll be cooking for him.

Meanwhile, he’ll keep cooking for the students of Vista del Mar, using good cooking and healthy eating to help them on their journey. “Food has the power to change moods,” he says, “to change somebody’s day.”