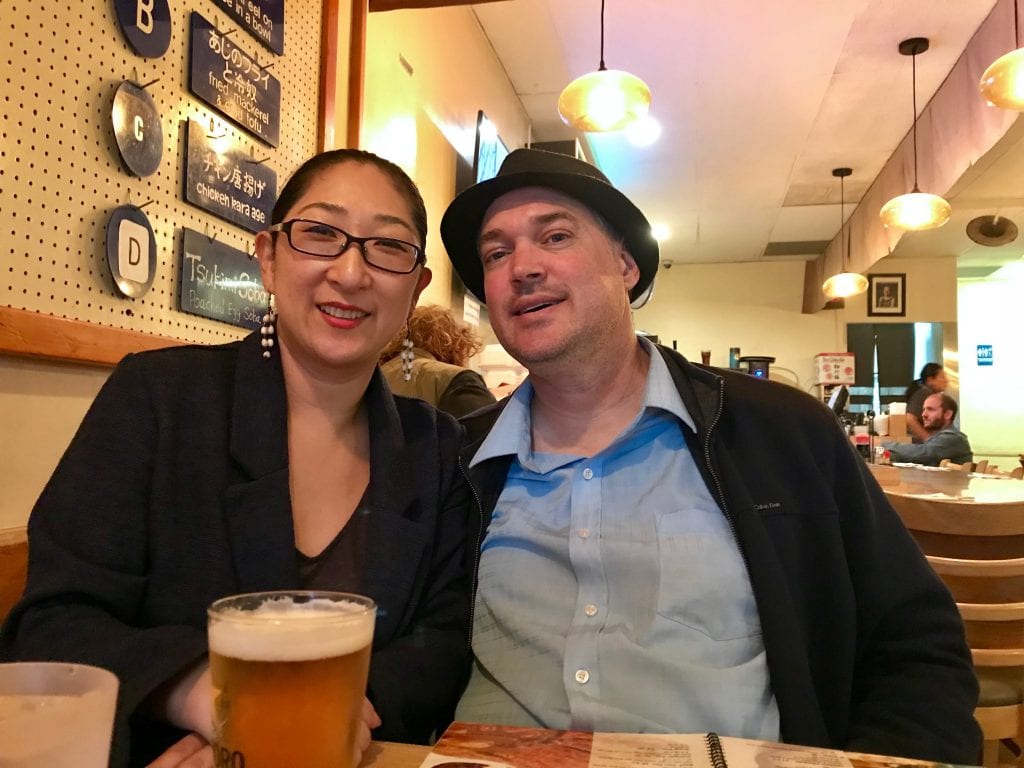 Mike Sonksen and his wife Emi have been having date nights in Little Tokyo for years. A local poet, educator and historian, Sonksen pairs a deep historical knowledge of the neighborhood with great places to eat and shop. PHOTO COURTESY MIKE SONKSEN

Little Tokyo is the second oldest neighborhood in L.A., and is an incredible intersection of civic, cultural and culinary history. With almost 40 restaurants between First and Third streets and Alameda and Los Angeles streets, there are only a few other districts in the city with as many eateries. Though my wife and I have eaten in at least half of them over the years, we go to Suehiro Cafe on First more than anywhere else.

First Street is not as famous as Wilshire, Sunset or Santa Monica boulevards, but it is just as important, connecting Boyle Heights to Little Tokyo, the Civic Center, Bunker Hill, Historic Filipinotown and beyond. There are almost 10 restaurants on First between Central and San Pedro. Some are cutting-edge; others, more traditional.

Daikokuya Ramen is one of the most popular, as evidenced by the constant line of people always waiting along First. Monzo, just a few doors down, specializes in handmade Udon noodles and is equally popular.

Suehiro, on the other hand, is a little bigger and older. Established in 1972, its menu is huge, with just about every Japanese dish you can imagine. While some of the newer eateries are trendier and better known on Instagram, Suehiro is reliable, traditional and always delivers comfort food.

Suehiro stays open until 1 a.m. Monday through Wednesday and 3 a.m. the rest of the week, so #datenight to your heart’s content. Years ago, I used to order the chicken teriyaki, but lately I have the Oyako-don, which is a chicken, rice and egg dish. My wife almost always orders the curry udon. Most dishes come with miso soup and a great small salad. The food is delicious, and the booths are comfortable. There are also hundreds of napkins on the wall with handmade drawings from customers. Suehiro is one of the few places in Little Tokyo that has not changed over the last four decades.

Little Tokyo’s ambience is romantic and it remains one of L.A.’s most walkable districts. There are many different places for a nightcap. Far Bar is a watering hole just a few doors down from Suehiro along First; and the Blue Whale, located at the Weller Court between First and Second, is one of the best jazz venues in L.A.’s revived jazz scene. (Quick fact: Little Tokyo became an African American neighborhood when Japanese American citizens were interned during World War II. Heavyweight musicians including Charlie Parker appeared live there in the 1940s.) 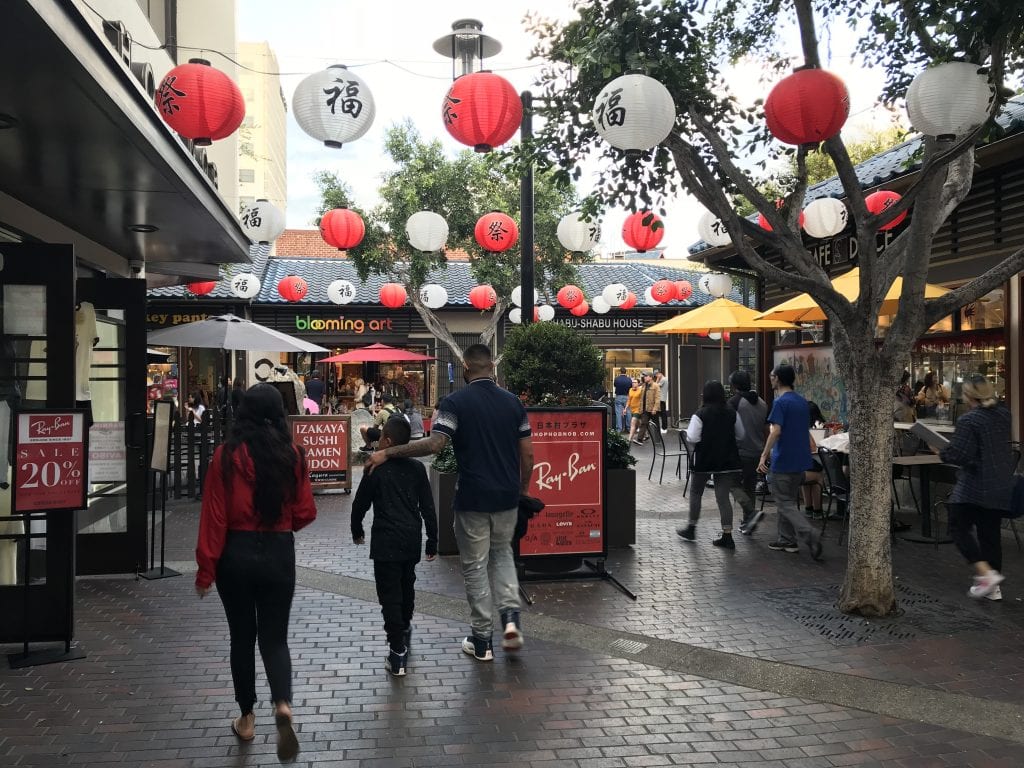 The Japanese Village Plaza between First and Second streets and Central and San Pedro is another incredible nexus of restaurants, gift shops and eclectic boutiques. You can find all varieties of Japanese food here, including sushi, ramen, yakitori and okonomiyaki. Mikawaya serves Japanese mochi ice cream and shaved ice. The apparel shop Japangeles started as a kiosk in the plaza, but its stylish gear became so popular it now has a brick-and-mortar store.

Nonetheless, Little Tokyo’s charming streets and delicious eateries have such a powerful spirit that it will never be erased. It will always be one of L.A.’s most iconic districts. My wife and I can never get enough of it.