You might think the dating phase of your relationship – along with the romance – is over. Think again! 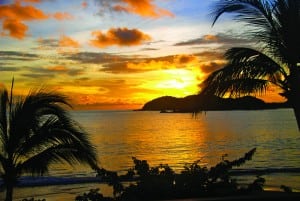 Remember the drums beating inside your tummy, your heart racing as you ran around trying to find the perfect outfit, the make-up so meticulously applied – all in anticipation of that evening date with your special sweetheart?

And all these years later, what happened? You still love him, but now when you see him you’re running past each other, hair barely brushed, hoping you remembered to at least brush your teeth as you graze a fleeting kiss across his cheek.

It’s not how you thought your life with your Prince Charming would look. But between dishes and homework and carpools, what can we do?

Maybe you can’t drop everything for a spontaneous romp to Vegas, but you can still find time to appreciate one another and get those drums in your tummy beating again. I have three active boys, two part-time jobs and a secret that has put romance back into my marriage. I’m dating my husband.

This is how it works: Every week my husband and I take turns planning an evening, and we don’t tell the other what’s in store for them until we arrive at our destination. So simple – and yet completely transformative because it turns an otherwise blah occasion into an adventure full of suspense and intrigue. 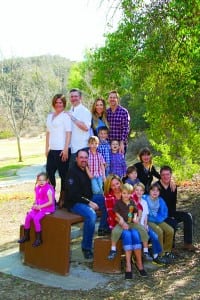 Our last date was his turn to plan. First, we went to a Peruvian Restaurant in Pasadena. This was improvised. He knew there would be several options close to the actual venue where he was taking me. Choza Mama (www.chozamama.com) caught our eye. They welcomed us like family, which I love in a restaurant. There was live music softly setting the scene in the spacious earth-toned room, the drinks were authentic and the food was dressed in savory spices.

Then we walked over to the main event. He led me to the Pasadena Playhouse (www.pasadenaplayhouse.org) to see a play called Duck Hunter Shoots Angel by an author I enjoy, Mitch Albom. Of all the things he could have picked, he picked a play. At one point in our relationship, this type of activity was about as far from his thing as things could get.

So, here I am staring at this play poster feeling so loved and cared for. I look up into his eyes and he smiles down at me with pride. “Honey, you picked a play?” I ask incredulously. And he tries to sound very matter of fact when he says, “Of course. I knew you liked him and I thought it’d be fun.” Yay! I hug him and we go up the stairs, holding hands in the dark and laughing out loud in a theater small enough to see the faces of the actors and big enough to host a very talented cast.

I asked a few other happy couples what they like to do to keep the flame burning bright in the midst of nighttime feedings, changings and disruptive nocturnal visits. Then I asked for tips to make it extra special. 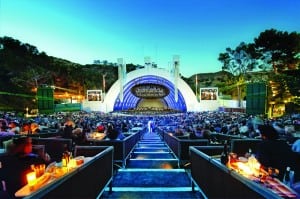 Music Under the Stars

Nicole and Danny Baraz love to go to concerts. One night he took her to see Coldplay at the Hollywood Bowl (www.hollywoodbowl.com). She loved hearing the music filtered through the crisp night air, under the twinkling stars. “Being outdoors made it very romantic,” Nicole says.

She says don’t: Drive. Hire a taxi or a car service such as Uber (www.uber.com), which is available as an app on your smartphone. “It made such a difference not to have to deal with the nightmare of traffic or parking,” says Nicole. “We got to really focus on each other.”

She says do: Bring a picnic dinner. You could put a blanket down on one of the grassy areas around the Bowl before the concert, or even just bring your food to your seats. There are also box seats available with tables.

Morgan and Todd Addab might not be able to go out of town as much as they like, but they know how to get away. “We hire a babysitter or give our son to Todd’s mom for the night and rent a hotel room,” Morgan says. “It’s an opportunity to shut out the world and just focus on each other,” she says, and it’s a way to ensure privacy that many may believe was forfeited with parenthood.

She says don’t: Give the babysitter your cell phone number. Give her the hotel number instead. “That way, we’re not checking all the time to see if the sitter needs us. We’re not being distracted by our phones,” Morgan says. “We can just focus on each other. And if the hotel phone rings, we know who it is.”

She says do: Buy something sexy, get special candles and spend the time to get ready like you did when you were dating. “You can use the dinner budget to invest in something nice for the night,” Morgan says, since when they go, they don’t leave the room. “It’s so cute when my husband knows we’re going to have one of our special dates. He can’t even focus at work, he’s so excited.”

Jeff Press doesn’t really like comedy clubs, so his wife, Jennfier, was surprised when he suggested they go to an improv comedy club called The L.A. Connection Comedy Theatre (www.laconnectioncomedy.com) – especially when she learned you needed to bring your own food and drinks. But she was surprised at how much she enjoyed the show. True, the couches had stuffing coming out the seams, there was barely anyone there and she could hear the groups rehearsing through the thin walls when she went to the ladies room. “Don’t let that throw you off,” Jennifer says. The people started to file in and the show took the spotlight from the studio’s imperfections. She says she can’t wait to go back.

She says don’t: Be shy! “Leave your wallflower pants at home,” Jennifer urges. “When they ask for volunteers or word cues to do the skits, raise your hand and participate. You’ll be so glad you did.”

She says do: Bring a cooler with food and drinks. She says it was great not having to wait for someone to come and bring you things. She could just make her own drinks right during the show. 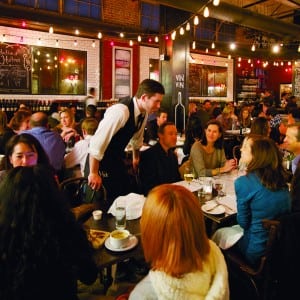 Terri and James Harrah used to live downtown with their two boys. With the recent redevelopment of the area, they got a chance to sample the crop of restaurants as they popped up. Terri says they had a really great time at one called Church & State Bistro (www.churchandstatebistro.com). “It’s in the arts district and has a great New York feel,” she says. “It’s loud and noisy and edgy and hip. It’s upscale but doesn’t feel exclusive.” She suggests catching a show at Walt Disney Concert Hall or going to MOCA on a Thursday night when admission is free, then walking over to the restaurant, and maybe ending the night at Handsome Coffee Roasters (www.handsomecoffee.com) for an espresso and pastry.

She says do: Make reservations. The restaurant gets busy.

Strolling On the Sand

A romantic stroll along the beach might be the most fantasized about activity of all. It’s a wonder there’s not a traffic jam on the sand. But Laurel and Matt Byrne have found the perfect site, a little spot deep in Malibu, across the street from Malibu Seafood (www.malibuseafood.com). “It’s far enough away from the high-traffic areas that you still feel like it’s just you,” says Laurel. After their romantic beach stroll, they like to order dinner from the restaurant – really just a little shack on PCH – and watch the sunset. “You sit at one of the many picnic tables. You can bring a tablecloth and candles,” says Laurel. “They don’t have alcohol, but you can BYOB.” And she says, you can have this amazing experience without breaking the bank, as prices are very reasonable.

She says don’t: Go on Friday at 6 p.m. “The line can get 50 deep because there’s a campsite not too far away. Saturdays and Sundays are much better,” she advises.

She says do: Choose a table on higher ground. “There’s a nice breeze and the view of the ocean is incredible from up there,” she explains.

Whether you decide to surprise your honey by whisking him off on one of these adventures, or you just agree to commit to a regular night out, think of it as an investment for your family. With Mommy and Daddy feeling good about each other, the whole family gets soaked in love.

Rina Baraz Nehdar is an L.A. writer and mom of three. You can reach Rina at rinas.roost@gmail.com.