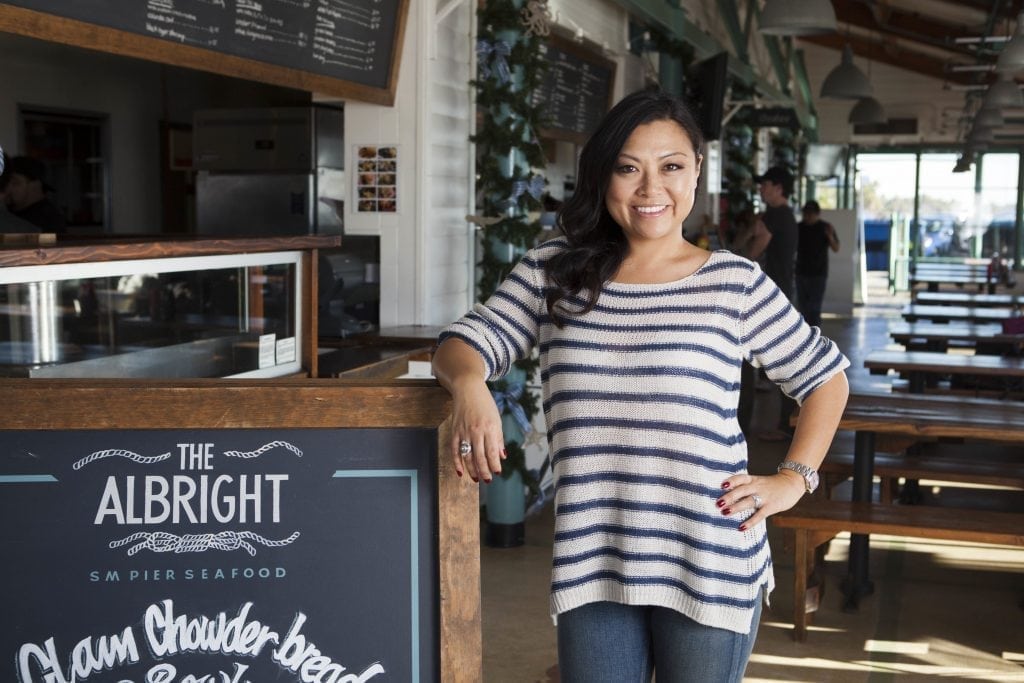 Yunnie Morena and her husband now run the restaurant her parents founded after emigrating from Korea in 1977. PHOTOS COURTESY YUNNIE MORENA

Yunnie Kim Morena grew up in and around SM Pier Seafood, the Santa Monica restaurant her parents opened after emigrating to the U.S. from Korea in 1977. “I loved being in the kitchen at the restaurant,” says Morena. “It was so exciting.”

Morena describes her parents’ restaurant as a market-style place with lots of fish on ice and live lobsters and crabs. She recalls tasting her first uni (sea urchin) there at age 6. “I was a pretty adventurous kid when it came to trying different things,” she says. And she had her choice of seafood at the restaurant and Korean food at home.

In 2014, Morena her husband took over the restaurant and relaunched it as The Albright. Now her sons Oz, 7, and Cruz, 2, are growing up there. Morena says they aren’t as adventurous as she was as a child, but they eat well. “Both my kids love Korean food,” she says.

That includes the family recipe for these wings, which are based on a recipe Morena’s mother used to cook for the family. She says the dish has a very Asian flavor profile, and that the combination of Asian pear and onion tenderizes the meat. If you can’t find Asian pear, you can substitute another variety.

Morena recommends spraying the parchment on your baking sheet with olive oil before placing the wings on it to help keep the wings from sticking. And if you’re making the recipe for adults, consider adding 1 teaspoon of gojuchang, a Korean fermented chili paste, for extra spice.

These wings are also a popular snack when her kids have play dates, and the leftovers help Morena solve a school-lunch challenge. “My kids don’t eat sandwiches,” she says.

Asian Sweet and Sticky Wings from Yunnie Morena of The Albright 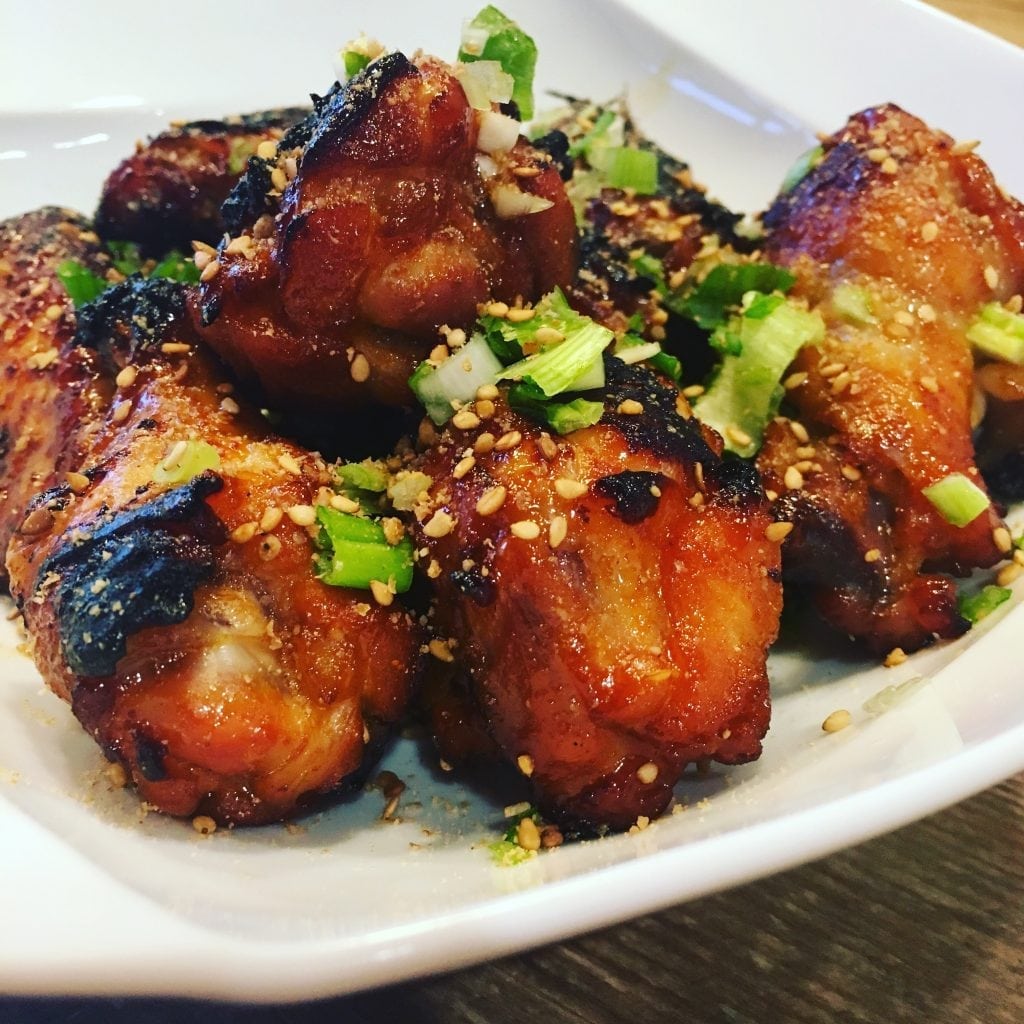 Place the mixture into a dish along with the chicken wings, cover, refrigerate and marinate at least five hours, or overnight.

Preheat oven to 375 degrees Fahrenheit. Line a baking sheet with parchment and bake the chicken wings for 25 minutes. Increase the temperature to 400 degrees, flip the wings and bake for another 20 minutes. Sprinkle with the sesame seeds and chopped scallion.