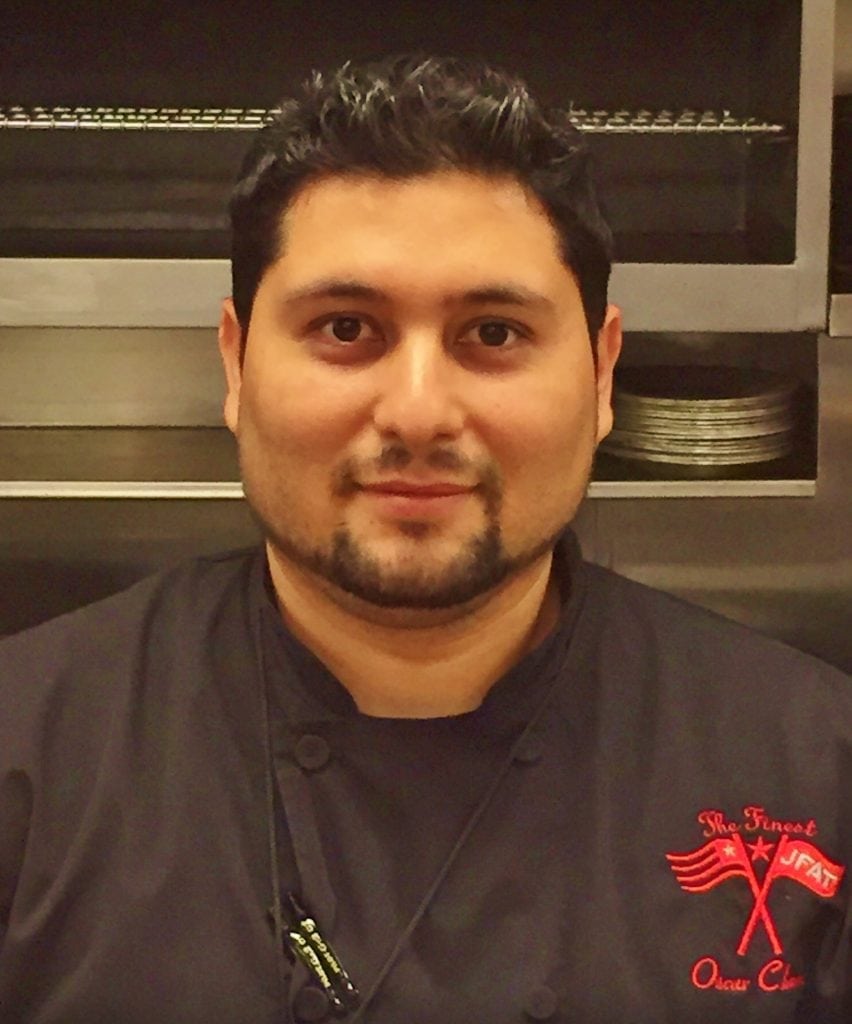 Meatballs are often a kid pleaser and a crowd pleaser and Oscar Chavez, executive kitchen manager at Jimmy’s Famous American Tavern, which recently opened a new location in Santa Monica, says these are no exception. He has a 15-year-old son and daughters ages 9 and 11 and makes this recipe at home – adjusting the spice for kid palates.

“I made this recipe without the chipotle ketchup and without the bacon and it’s great,” Chavez says, adding that his younger daughter ate six meatballs that day.

He says love these meatballs without the sauce, which is a bit spicy. “Their palate is a lot more sensitive than the adults,” Chavez says. He recommends offering younger kids regular ketchup or honey mustard to dip the meatballs in, or just serving them plain. “You don’t really need a sauce,” he says. “The flavor profile [of the meatballs alone] is amazing. The oregano and the parsley, you can definitely taste it. A lot of restaurants use meatballs that are very simple. It’s one of our signature appetizers at Jimmy’s.”

Don’t be intimidated by the long list of ingredients. “It’s a really fun recipe to make. It’s pretty simple,” Chavez says. “The only trick is to have all the ingredients prepared before you start the recipe. Measure everything out, have everything all put together and then just follow the steps.”

These are great to put out for a crowd and the recipe can easily be doubled. Everything can be made ahead, chilled and reheated – or you can hold the meatballs in a 140-degree oven to keep them warm for a bit.

Give them a try for Father’s Day gatherings or barbecues with friends. “It’s really a great sharing dish,” Chavez says.

10 ounces bacon, ground in a food processor or finely chopped 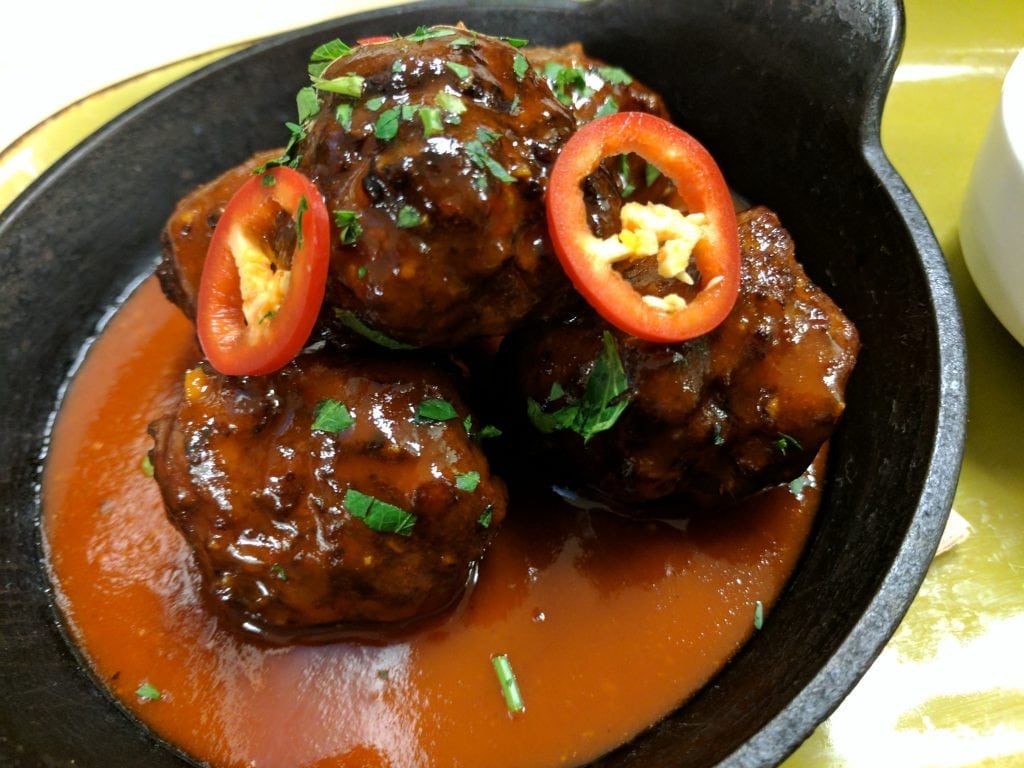 Preheat the oven to 325 degrees Fahrenheit. Fill a large mixing bowl with ice. Combine the bread crumbs, milk, eggs and Worcestershire sauce in a smaller, metal mixing bowl, place over ice and let sit for 5 minutes. Add the remaining ingredients to the breadcrumb mixture and mix by hand until everything is incorporated evenly. Divide the meat into 2-ounce portions, roll each into a ball and place on a baking sheet lined with parchment paper. Bake the finished meatballs for 12-15 minutes, or until the internal temperature of one meatball is 120 degrees. Remove from the oven.

Combine Frank’s RedHot, Tapatio, brown sugar, honey and garlic in a medium saucepan and heat over medium heat, stirring with whisk, just until sugar has dissolved. Do not allow to boil. Pour into a warmed mixing bowl, add barbecue sauce, stir to combine and immediately add butter, blending with a handheld mixer until incorporated. Combine the meatballs and sauce, garnish with chopped scallions and thinly sliced Fresno or jalapeño chilies if desired. Serve with ranch dressing on the side.

When ready to serve, heat the meatballs in a 325-degree oven until warmed through. Heat the sauce on the stove top, being careful not to allow it to boil. Combine the meatballs and sauce and serve.