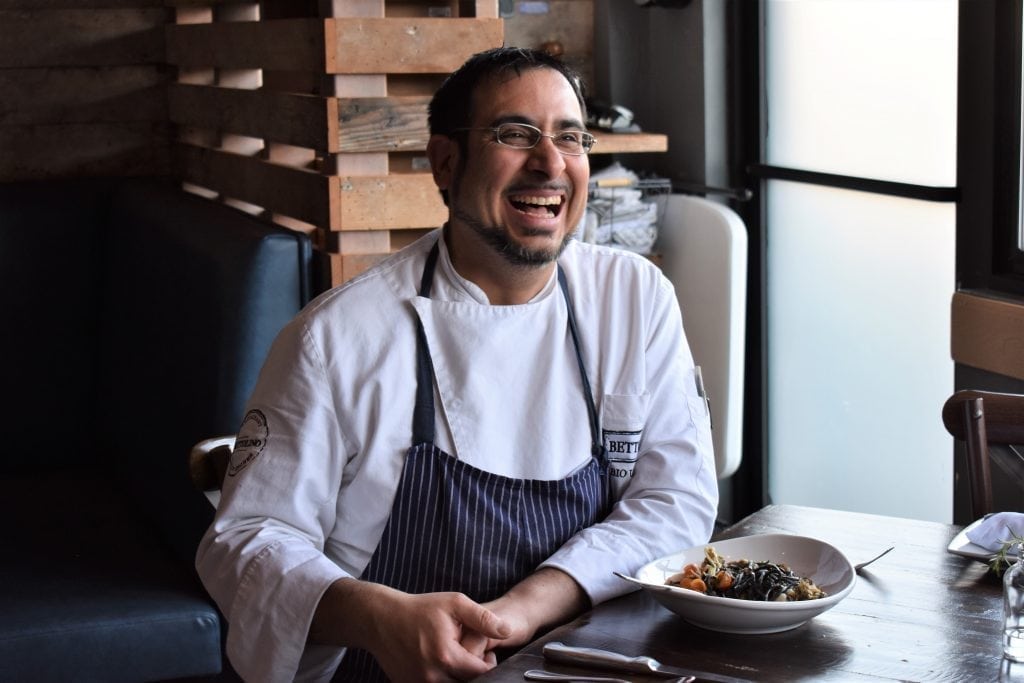 Fabio Ugoletti is a Michelin-starred chef and a dad, and he gives his panzanella a kid-friendly twist. PHOTOS COURTESY BETTOLINO KITCHEN

A traditional Italian panzanella salad, a Tuscan classic, includes tomato, onion, cucumber and chunks of sturdy bread. But Fabio Ugoletti, chef at Bettolino Kitchen in Redondo Beach and father of daughters ages 5 and 9, gives his a kid-friendly twist.

The Michelin-starred chef substitutes watermelon for the summer tomatoes. “The flavor is a little sweet,” Ugoletti says.

He came to Southern California from his native Florence almost three years ago to help start Bettolino Kitchen, and he and his family enjoy the outdoor life. “I don’t have a lot of free time,” says Ugoletti, “but we enjoy the beach and the park. When we have free time, we spend the day outside.” He has even prepared this salad (the recipe can easily be doubled) with his daughters for a picnic.

“Pasta is our staple,” he says of his family. “This is a way for [my daughters], especially the older one, to eat some vegetables.”

This salad will pair with chicken, salmon or shrimp dishes, but Ugoletti says that because it contains bread and cheese, it can also be a meal in itself. He advises combining the ingredients just before serving so the bread doesn’t get soggy.

He also offers a slightly lighter dressing alternative to the restaurant version included here. “Sometimes, you eat a salad with the same calories as a hamburger,” he explains. His dressing hack is that you can leave the sugar and mustard out and simply use two parts extra-virgin olive oil and one part vinegar to dress your salad. Because of the feta cheese, he says, it doesn’t even need salt. 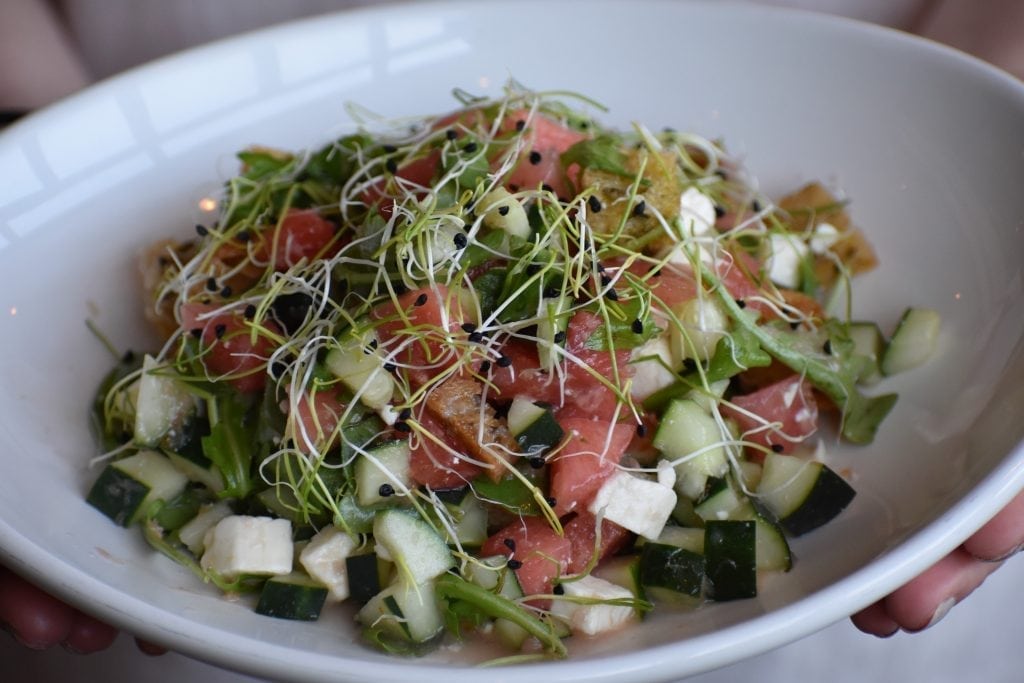 Put the shallot, vinegar, sugar, mustard, celery leaves, salt and oil in a food processor. Process until you have a silky dressing and set aside.

Cut the bread into cubes and spread them on a baking sheet. Bake at 300 degrees for 7 minutes, until crunchy and fragrant. Let the bread cool to room temperature.

Seed and dice the cucumber and watermelon. Dice the feta cheese.

Put the arugula, feta, cucumber, bread and watermelon into a chilled salad bowl. Pour over the dressing and toss. Garnish with the onion sprout and enjoy right away.