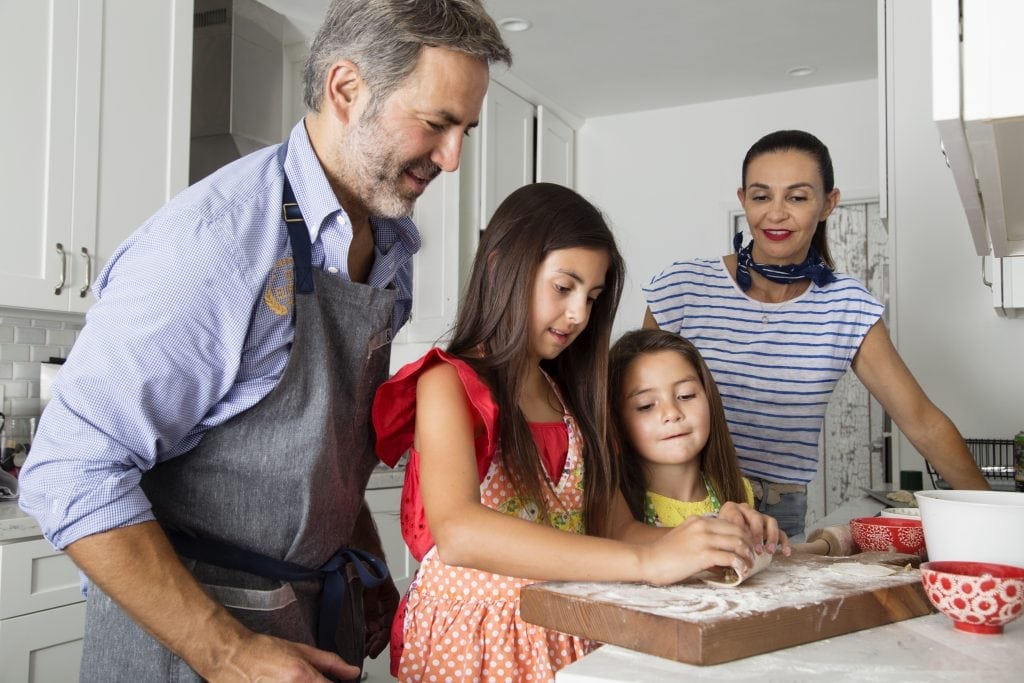 Guillermo Zapata grew up in Buenos Aires, Argentina. And when he moved to Los Angeles in 1992 to pursue a modeling and acting career, he brought a taste of home with him. He renovated a small space in West Hollywood and opened SUR Restaurant and Lounge, now expanded and known as quite the trendy eatery.

Along the way, he married and had two daughters, Lou Mila, 11, and Miarose, 8. The family likes to cook together, and one of the dishes they like to make are empanadas. “This brings back memories of my mother and cooking at home in Argentina,” says Zapata, who grew up with four siblings and a stay-at-home mom. “I grew very close to my mother. She had a great passion for cooking.”

He and his wife, Nathalie Pouille-Zapata, share that passion with their daughters, who started cooking with them a few years ago. He says they love to make this dish for family and friends.

This Argentinian version of empanadas, Zapata points out, isn’t as spicy as the Mexican variety. And his recipe doesn’t involve frying – and all that oil. You can change the filling to include cooked ham, tuna or any kind of cooked, chopped meat. If you prefer vegetarian, spinach works well, too. And you can add cheese if you like. “You can create something for all kinds of tastes,” Zapata says.

If you don’t want to make the dough (called “tapas”) yourself, Zapata recommends Catalina’s Market, 1070 N. Western Ave., L.A., which sells tapas ready made. They’re also known for the finished empanadas they sell in their on-site café.

Argentinean Empanadas from Guillermo Zapata of SUR Restaurant and Lounge 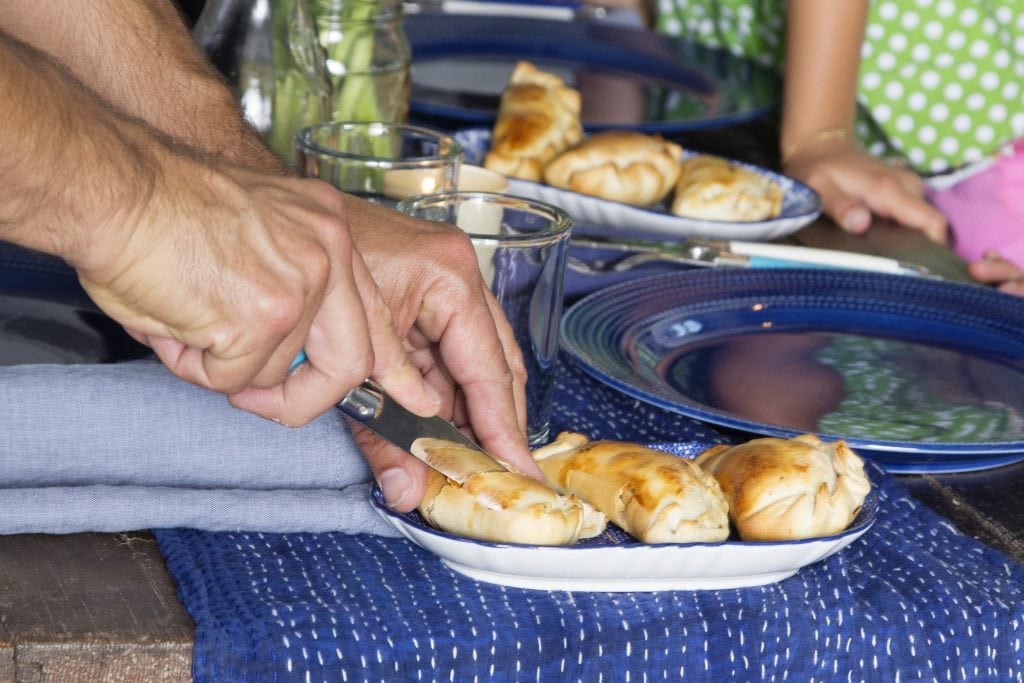 200 grams (about 1 stick) butter, a bit colder than room temperature

For the filling and assembly:

Salt and pepper to taste

To make the crust, combine the flour and salt on a work surface, then add the butter and mix by hand. Add cold water bit by bit until you get a dough that is not too firm but not too soft. Shape the dough into a ball, cover with a clean dish cloth or napkin and let it rest at room temperature for at least 30 minutes.

Meanwhile, make the filling. Heat 1 tablespoon of oil in a frying pan over medium heat. When hot, add the chopped onions and cook, stirring, until they become dark yellow. Then add the beef, green pepper, olives, boiled eggs, salt and pepper. Cook, stirring occasionally, until the meat is fully cooked and no longer pink.

Divide the dough into two or three parts. Roll each piece of dough out on a floured work surface, one at a time, to a thickness of about ¼ inch, sprinkling with flour as needed to keep the dough from sticking. Cut 5-inch circles out of the dough with a sharp knife.

Place two tablespoons of filling in the center of each circle. Brush the edges of the circle with cold water, fold the dough over the filling and use a fork to crimp the edges closed. Mix the egg white with a tablespoon of water and brush the egg wash over the finished empanadas.

Place the empanadas on a baking sheet and bake in a 350-degree oven for 10 minutes.