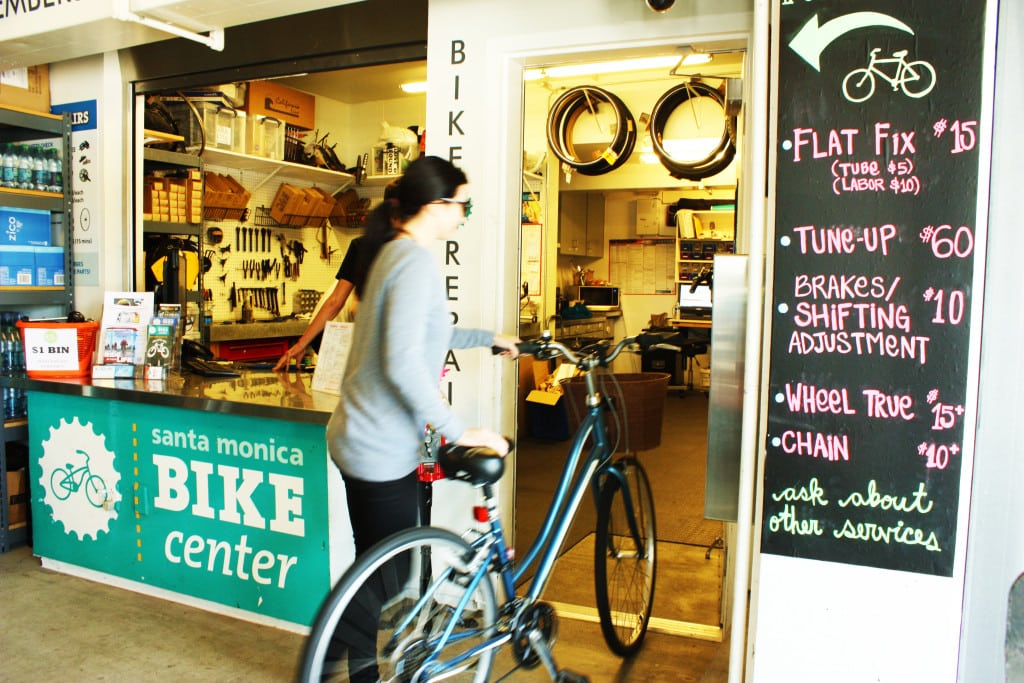 Santa Monica Bike Center partnered with Bike Attack and the My City Bikes national campaign to create the My City Bikes Los Angeles app, designed to get beginning cyclists on the road to fun. PHOTOS COURTESY MY CITY BIKES

There are lots of reasons for you and the kids to hop on a bike – whether for the ride to school and work, or just for some family fun. The city where nobody walks is really quite bikeable, but taking to two wheels can be daunting for beginners. A new app is designed to make it easier.

“It’s really common for people to just kind of be at a loss,” says Jen Warner, program coordinator for My City Bikes, the national public health campaign that recently launched the My City Bikes Los Angeles app.

The app, free for Apple and Android devices and created in partnership with Bike Attack and Santa Monica Bike Center, boasts a host of resources to get you riding. There is information on local routes for commuters, mountain bikers and recreational riders, plus specific gear and safety information for women, families and kids. There is a section of family-friendly rides, and one where kids can learn the rules of the road.

“Every single ride in there is a good fit for a beginner,” Warner promises, adding that her favorites are the 21-mile Santa Monica Beach and South Bay Bike Path because you can make a day of it or choose a short section, and Griffith Park because the park has so many fun things for kids to do during rest breaks.

Warner points to research that shows bike riding boosts kids’ levels of physical activity, which can also improve performance in school and focus for kids with ADHD. A 2006 study in the journal Atmospheric Environment even found that cyclists near roadways breathe less particulate air pollution than people in cars do.

Wherever and whenever you ride, the My City Bikes app is there to help you focus on the fun. “When you’re a kid, biking is just a joy,” Warner says. “We want people to reconnect with that as adults.” Learn more at www.mycitybikes.org.