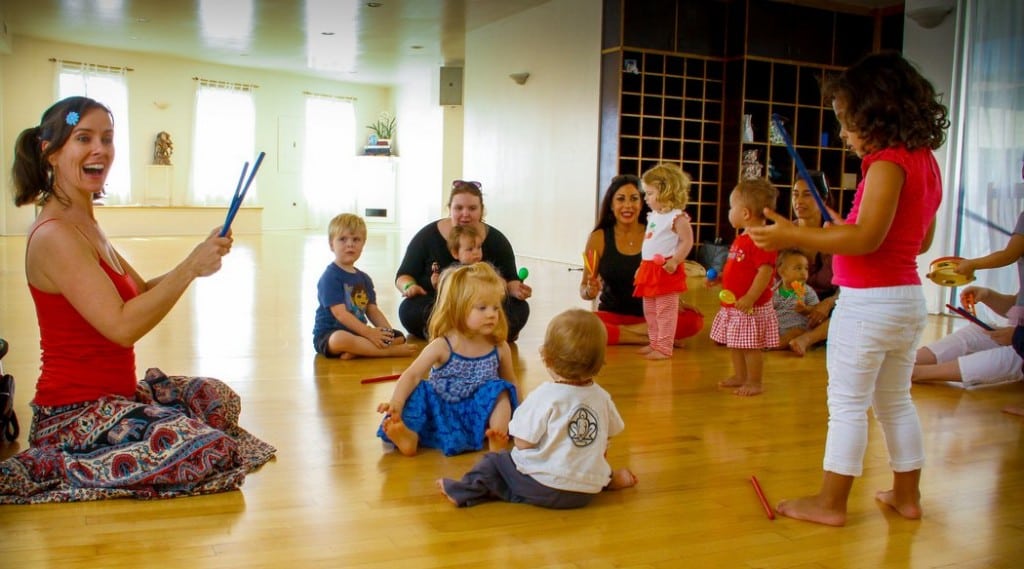 Love But & Me music classes include kids up to age 5 and their parents. PHOTO BY QUMARU NISA PHOTOGRAPHY

It’s no surprise that Los Angeles – where adults spend a lot of time seeking balance – is a hotbed of enrichment programs for kids. But for shy or insecure children, jumping into a brand-new activity can be intimidating and overwhelming. And for their parents, it can be downright daunting to push a reserved child out of her or his comfort zone in the name of “personal growth.”

It usually requires some patience and persistence to discover if an activity is the right fit or not. It took my son three months just to get the hang of Gymboree. But the right enrichment program has the potential to draw little ones out of their shells and possibly even inspire a lifelong passion. 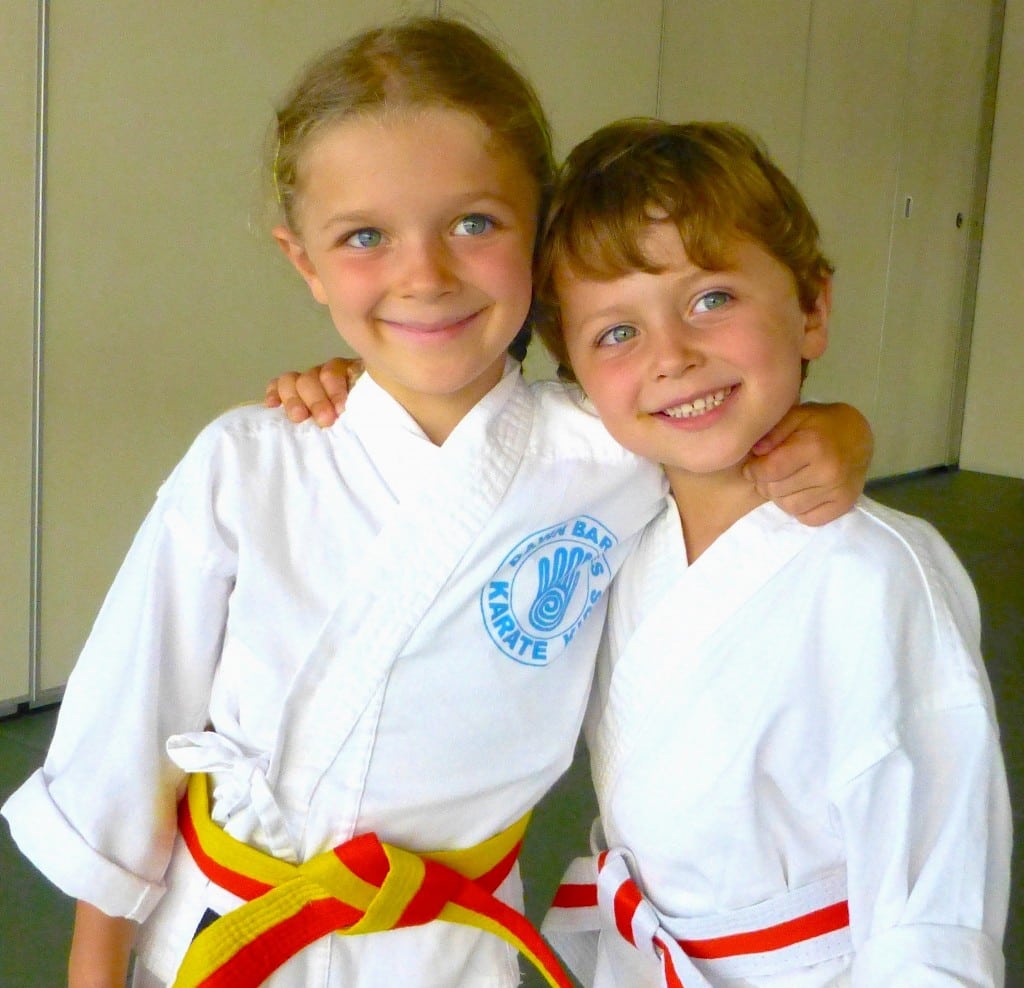 Denise Randolph, mother of two boys, ages 7 and 5, enrolled her older son in Dawn Barnes Karate Kids (www.karatekids.net) when he was just a toddler. Founded in 1995, the program employs a unique, child-centered method that Barnes developed herself, holding onto karate’s basic tenets of discipline and physical fitness while empowering kids through positive reinforcement. Soon after he began the program, Randolph’s older son was diagnosed with autism, and to this day she credits the program with much of his progress.

“Throughout the whole journey, karate gave him so much confidence,” she says. “It helped him to learn to breathe and to stay focused. He knows he has autism, but it’s not like it identifies him.”

Naturally, her younger son wanted to follow in his brother’s footsteps.

“He’s painfully shy,” Randolph explains. “If he’s talking to an adult, he hides behind my legs. He has to see something over and over before he’ll try it. He wouldn’t even go on the rides at Disneyland!”

Again, karate came to the rescue, even giving Randolph’s younger son the courage to compete on his own at a recent tournament. “Afterward, I asked him if he was nervous and he said, ‘I was. I’m not afraid to go on rides now!’ It was such an indirect correlation, but he made the connection himself,” she explains. 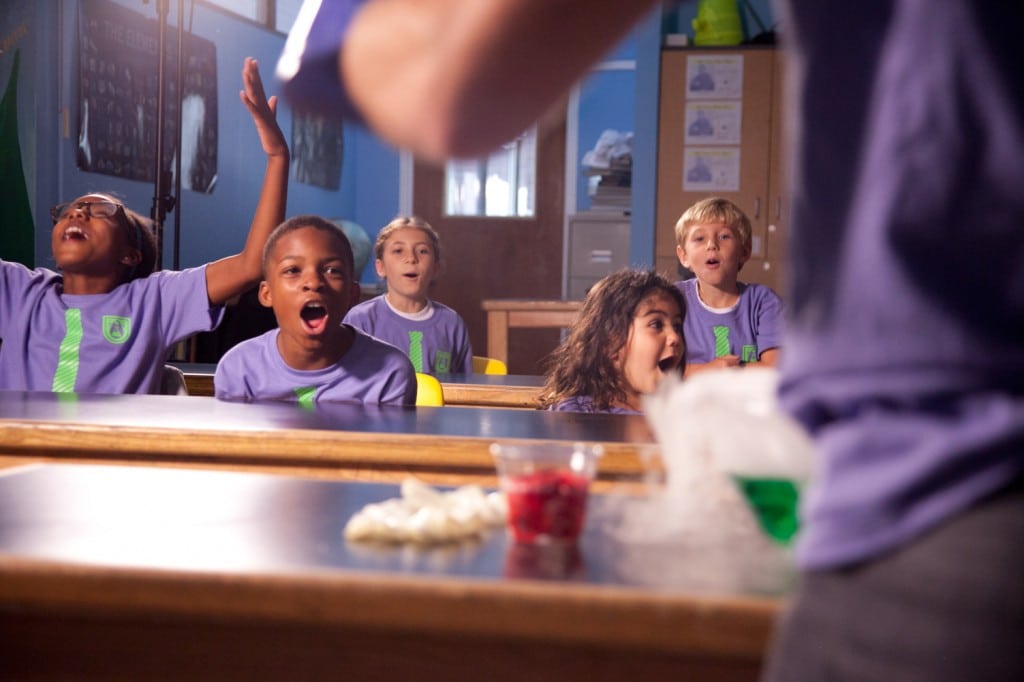 While parents often look toward sports, music or art as confidence boosters, Gary Tuch says that science has a unique angle that can benefit kids. It’s an individual experience within a group atmosphere.

“Each child is trying to create something and figure out how it works,” he says. “Generally, everyone in the group is at the same level and then they’re able to grow together.”

Tuch and his brother, Shaun, are founders of ACE Enrichment, which offers more than 35 after-school classes ranging from “ninja” training to cooking. But it’s the Professor Egghead Science Academy (multiple locations; 310-500-5134; www.professoregghead.com) that’s become their most popular program.

Though neither brother has a background in science, they decided they wanted to make the topic “accessible, understandable and cool” for young kids. After weeks of intensive research, which included shooting off rockets in their office, they created the science-based programs and camps for kids ages 4-12. “There are key things that have to be in a sports curriculum to keep it fun and engaging,” says Tuch. “We modeled Professor Egghead after that – high-energy, high-intensity and interactive.”

“Everyone is curious at a young age, and science is an investigation in the world around them,” Tuch says. “It’s cool to see a rocket go off, but it’s even cooler to see why it goes off.” Don’t worry, it’s not all about rockets. Classes also include engineering with LEGOs, inventing and even a secret-agent program.

Rosie Gitlin was shy as a 5-year-old, so her mother enrolled her in ballet. The classes must have done the trick, because Gitlin went on to have a dance career that included performing with Ginger Rogers, Dean Martin and Bob Hope. Then, 28 years ago, she opened Center Stage Dance LA (12518 Riverside Dr., North Hollywood; 818-763-5125, www.centerstagedancela.com).

Gitlin and her instructors teach ballet, tap, jazz, and hip-hop to children ages 2 and up. And she has a soft spot for bashful kids. “I don’t push it. I want them to feel comfortable,” she says. If it persists, she’ll suggest to parents that they come back in a few months. 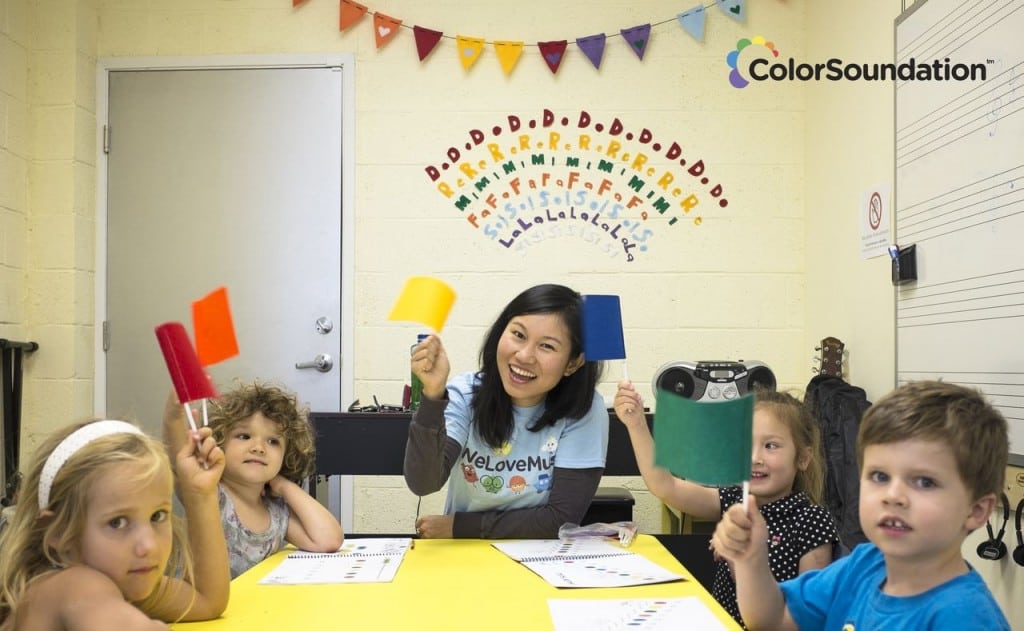 As for the dreaded stage fright? “I could write a book,” Gitlin laughs. “Before a recital I always send an email out to the parents that says, you never know how a child is going to react onstage. They could dance, they could freeze, or they could cry, so don’t get upset or disappointed.”

“Music education has the ability to improve a child’s self-esteem in a multitude of ways,” says classical pianist and composer Oksana Kolesnikova, founder of Oksana School of Music (323-284-7930; www.oksanaschoolofmusic.com). “It inspires artistic creativity and small-motor skills. There have been numerous studies showing that learning music can raise your IQ.”

Kolesnikova offers private piano lessons that are customized for each child, and one-on-one lessons via Skype, an inviting option for busy families. She teaches kids as young as 3 years old, but notes that she keeps it light and fun for the very little ones. “We play songs on the keyboard, we do coloring, music exercises. They’re always in motion, but they’re always learning and growing,” she says.

At Horipro Music Academy (2372 Veteran Ave., L.A.; 310-470-6006; www.horipromusicacademy.org), kids can learn everything from guitar to hip-hop. But it’s the signature Color Soundation program that owner Shiho Yamamoto says can instill deep music appreciation, and with it, a healthy amount of self-confidence. 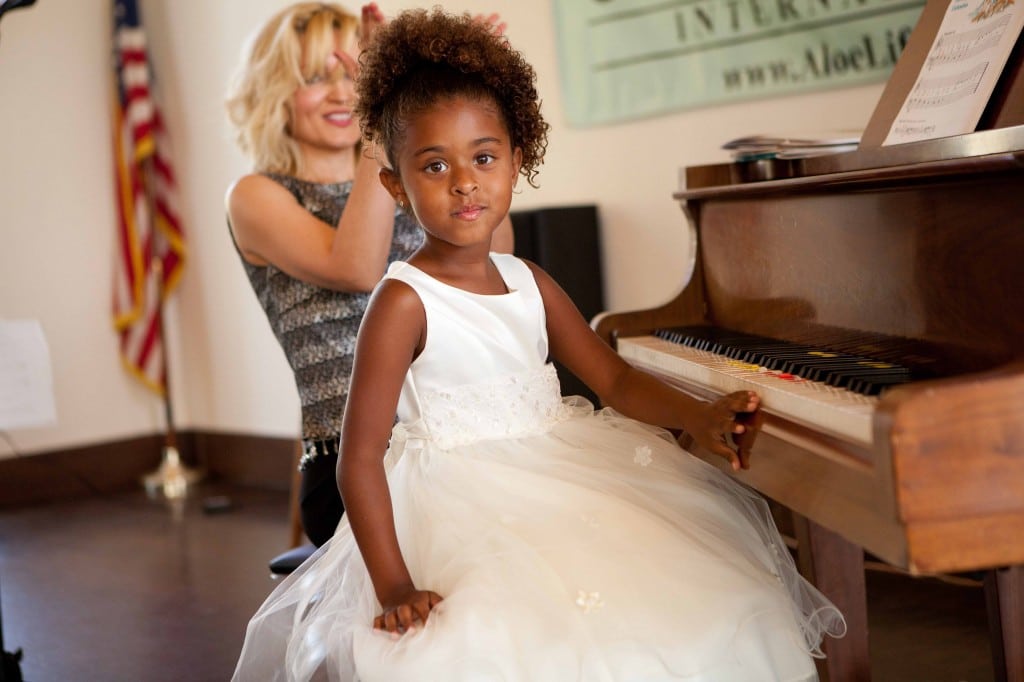 The 20-session Color Soundation program involves a mix of singing, rhythm, instruments and music theory, all done in a fun and interactive way. Class sizes are small, with a maximum of six kids per group. The first two levels are for ages 3-5, the more advanced classes are for ages 5-8. s“We have success here with mixing age groups,” says Yamamoto. “The younger ones want to be like the older ones, and the older ones want to take care of the younger kids, and show off a little.”

Mary Arden is a singer, songwriter and guitarist who considers herself “born into” teaching music to kids. She created LoveBug & Me Music (multiple locations; 323-422-7300; www.lovebugandme.com) during a search for activities she could do with her own little boy.

Because classes include kids up to age 5 and their parents, Arden often encounters little ones who are unwilling to leave their parent’s side to participate, especially in the beginning. “I don’t recommend forcing them to do anything because it just pushes them further away,” she explains. “Their first modes of learning are watching and listening.”

But, she finds that the nature of music classes and the mixed-age group dynamic usually draws out kids’ curious side. “When the kids are ready, they’ll start to participate,” Arden says. “It’s like a flower and it just takes time.”

Sarika Chawla is an L.A.-based writer and editor and mom to a toddler.