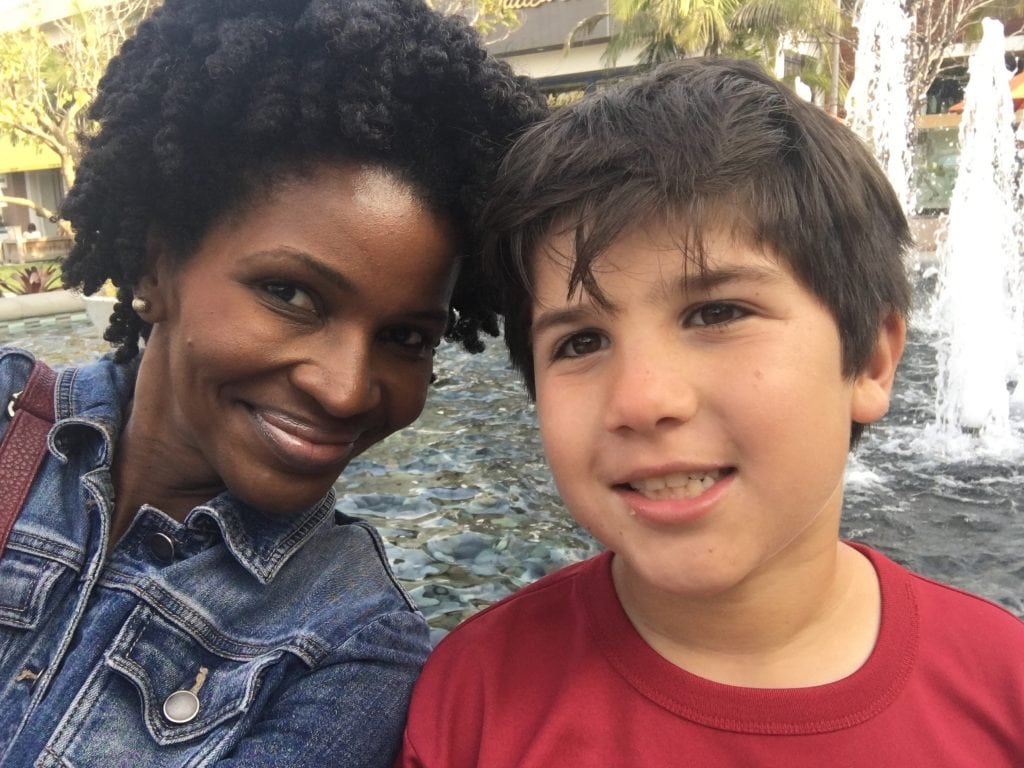 I met Andrés in the fall of 2015. He was a third grader who struggled academically; I was an enthusiastic language arts tutor who hoped to help. I came to learn that the pathway to his growth and success required helping Andrés look failure in the face without fear.

Andrés was bright and talkative with a jovial personality, but his self-esteem had plummeted the prior year alongside his falling grades. Our sessions revealed a child who feared failure, struggled with perfectionism and doubted his ability. If Andrés made several mistakes, he became enraged. He would rip his papers and yell until his face turned red. A few times he even screamed, “I’m not smart!”

Andrés’ experience is not unique. Many children and adults fear failure like they fear lice outbreaks at daycare and pimples on yearbook photo day. In fact, we don’t just fear failure. We detest it and too often internalize it. Our culture’s obsession with picture-perfect families – coupled with L.A.’s celebration of celebrities and their Instagram-perfect kids – only fuels this consuming fear.

But our fear need not be permanent, even if our aversion to head lice and pimples is. We can learn to embrace it and discover we’re more capable and resilient than we thought. I spent two years teaching Andrés to embrace failure. He went from seeing it as a punishing whip to using it as a stepping stone toward his personal and academic goals. The results were staggering and inspiring.

Since I’m no expert, I interviewed teachers and child psychologists to better understand how parents and mentors can help children learn to embrace failure throughout their academic and emotional growth.

“I think it’s great to teach your kids, early on, not to define things as success or failure,” says Amy McManus, a licensed marriage and family therapist with a practice in Mar Vista. “It’s best to avoid the word ‘failure’ as much as possible because it makes it hard to point out any of the positive aspects.” 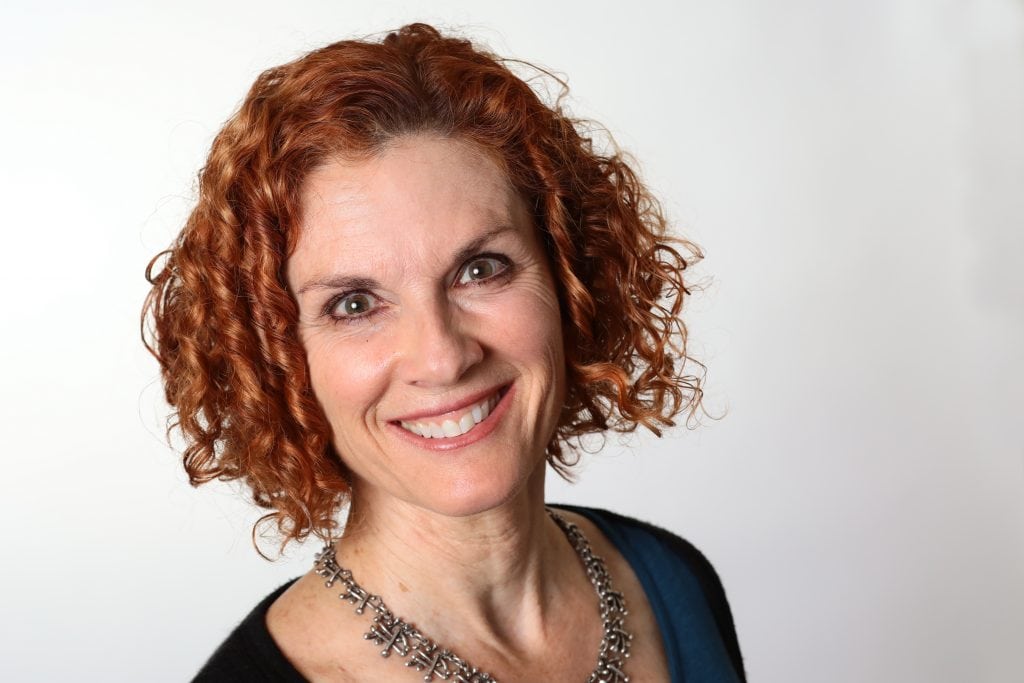 Amy McManus, a licensed marriage and family therapist with a practice in Mar Vista, says it’s best to teach kids early on not to define things as “success” or “failure.”

Instead, she advises parents to shift the language to address what’s at the heart of the fear: disappointing outcomes.

Long Beach licensed marriage and family therapist Ginger Lavender Wilkerson agrees that managing disappointment is key. “How kids handle disappointment in general will determine how they handle failure,” she says.

McManus says that helping children identify the feeling of disappointment is critical. She encourages parents to “name the feelings” for their kids by saying something as simple as, “You must feel disappointed about that. I know you worked hard. I know you really wanted this win.”

Naming the feeling helps the child identify it and validates that the emotion is legitimate.

Equally important is giving children a chance to feel the disappointment and not rushing them through the grieving process. “Just take a beat to let them feel that feeling, give it space,” says McManus, “and then move past it.”

All the experts I interviewed agreed that children can move past disappointment if they learn to evaluate outcomes.

Educational consultant Queenie Johnson, L.A.-based founder of Mama Be Brilliant, a national network of moms that focuses on building parent-leadership skills, says that asking children questions – particularly those centered around growth and process – helps kids unpack the lessons in their failures. Johnson says that asking questions such as, “What did you grow at today? What did you almost do right?” teaches children that learning is a process.

This is a concept that Seth and Samantha Barnes are instilling in their kids, Cecily, 8, and Beckett, 6. The kids attend a hybrid homeschool charter school, spending three days a week at school and the other two days at home, working on projects and observing their parents run Raddish, an L.A.-based cooking club for kids.

According to Seth, cooking is the perfect conduit for teaching kids about failure. “Sometimes you’re going to make something and it’s not gonna be good the first time, but sometimes you make a mistake and stumble onto something great,” he says. 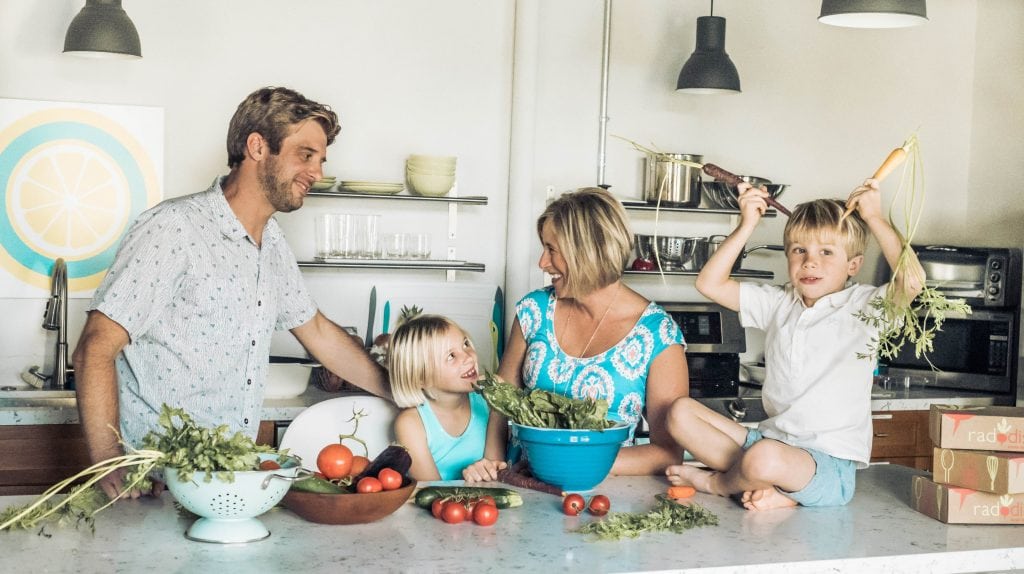 The couple also carves out time to regularly evaluate outcomes as a family. A favorite dinnertime ritual invites each member to discuss the “sweet and sour” parts of their day. This activity bonds them and allows them to discuss any disappointing outcomes in a supportive environment.

Asking children questions helps them become active participants in the learning process. If parents want to help their kids focus on effort and engagement, for example, Johnson encourages them to ask questions such as, “How many times did you work on that? How much effort did it take?”

Similarly, if parents want to build confidence and foster a sense of accomplishment, they can ask, “What were the things you were proud of? What things did you do to achieve this?”

McManus says that by focusing on the many aspects of their outcomes and not just the disappointing parts, children develop a more healthy and accurate view of failure.

This approach also teaches children that failure is an integral part of the learning process. It reveals where they’re at as well as where they may need to “course-correct,” says Johnson.

It’s good to celebrate success, but it’s also crucial to celebrate failure. Celebrating failure doesn’t promote mediocrity or laziness; it teaches children to celebrate their hard-earned wins on the path to mastering a new skill, and that mastery isn’t the only part of the process worth celebrating. Mastery, according to Johnson, is executing a skill at a 90-percent plus efficiency rate every time.

“I explain to my students that everything takes time,” says Kati Modarres, a mom and teacher at Meyler Street Elementary School in Torrance. Modarres has taught multiple grade levels in the school’s dual-language program and is the Gifted and Talented Education teacher.

Recognizing that every child learns differently, she allows her students to work at their own pace. “We do not focus on failure,” she says. “We focus on growth, motivation and accomplishments.”

When her students reach a goal on the path to mastery, whether it’s raising a 65 percent on a language arts test to a 75 percent or understanding long division for the first time, Modarres leads her class in a celebration: a song, a dance or inviting students to literally pat themselves on the back.

Parents who want their kids to embrace failure must first evaluate how they interact with it. Wilkerson encourages parents to ask themselves, “How do we deal with disappointment? Do we make excuses?”

She says that parents whose children play sports are especially vulnerable to the trap of becoming outraged after their children lose a game. Their anger is sometimes so out of control that they blame referees, coaches and even other players for the loss. Wilkerson encourages parents to be thoughtful about how they respond in these moments because modeling is a powerful teacher.

McManus agrees, suggesting that parents instead say something such as, “It’s so nice for the other team that they got that ribbon,” or, “Let’s try to figure out what you can do to earn one next time.”

If parents consistently model healthy behavior, they preemptively block a top motivation killer: comparison. “If a child is always looking at the kid who’s reading at the 10th-grade level, and they’re bot 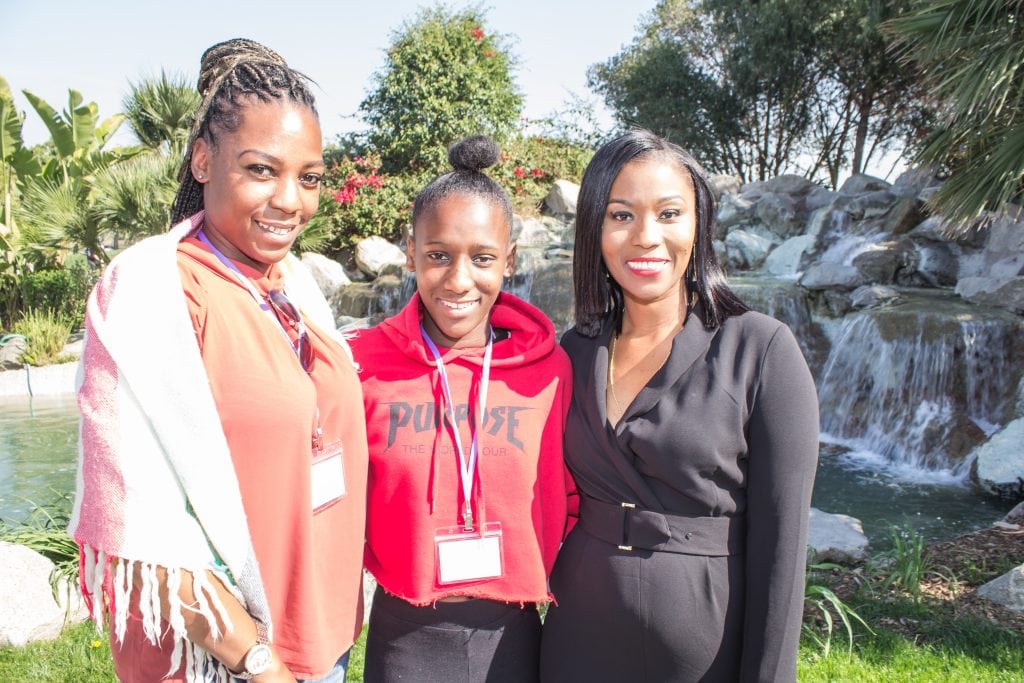 Ginger Lavender Wilkerson, at right, with attendees of her mother-daughter “Manifest Your Dream” event in February at the Sky Links Golf Course in Long Beach. PHOTO BY JOSEPH EL JEFE

h in the sixth grade and she’s reading at a fourth-grade level, she’s always going to feel that she’s not successful,” says Johnson. “So, that’s the first step: helping the student to acknowledge their own individual path.”

Once students are focused on their individual journeys, parents can ask questions that put their children in the driver’s seat of their growth:

Parents can use the answers to create a plan with their kids that details “mini-expectations and big benchmarks,” says Johnson. The plan is exciting and motivating for students because they created it.

Celebration can ensue after every mini-expectation is met because the goal, she says, “is to make them as successful as possible, even within the failure.”

Modarres uses this approach as well. “I give them directions for what I want them to accomplish, (the big benchmark), but they choose how they want to get there,” she says. “That gives them fuel, motivation and it makes it fun, exciting, achievable and worth it to work hard for. They eventually get there.”

Eventually, Andrés got there, too.

We acknowledged his feelings. We identified his problem areas. We celebrated meeting his mini-expectations with 7-Eleven Slurpees and field trips. We worked really hard to separate his failures from his sense of self-worth. Really, really hard.

We even co-created affirmations that Andrés recited every morning and during our sessions. His mom says that they’re still posted on his bedroom wall.

After several months of tutoring, Andrés stopped internalizing his failures. He stopped ripping his papers and no longer felt the need to yell.

The following year, he made honor roll and then the principal’s honor roll. I’m most proud, though, that he learned to embrace failure – that he allowed it to push him to manage his emotions, fight perfectionism, identify his growth areas and persevere.

Andrés just started the sixth grade. I asked him how he sees failure now. Here’s what he said:

“I always thought that I was perfect, but no one is ever perfect. People always make mistakes, even big mistakes, horrible mistakes. I am proud of myself now because I am strong. I don’t give up – well, most of the time – and I try.”

Chanté Griffin is a former tutor, enrichment teacher and director of education for an educational nonprofit. She’s written for EBONY, the Washington Post, the Root and Los Angeles Magazine.