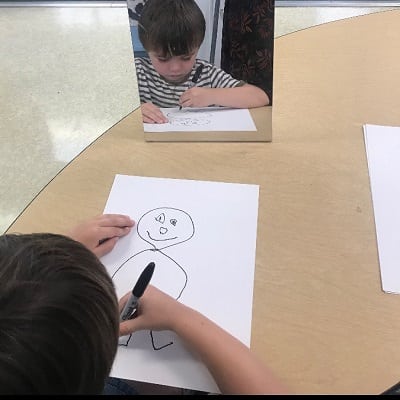 It was a typical hot July afternoon, so I decided to take my son Hank to the ocean. We met a friend of mine and his 3-year-old boy at Glen Alla Park in Marina Del Rey, which has a great maritime-themed playground. My friend, an intense academic but also a suitably sensitive millennial, spoke severely about his boy starting preschool. He was concerned. I tried to console him, but his worries were deep.

“Grayson has been at home since birth,” he said. “I’m worried about how he’ll adapt to school.”

Since Hank has been in daycare consistently since he was 2, I tried to put him at ease by telling him our early-education story:

There was a definite change in Hank’s social skills: “Dada, can I stay here? Home is soooo boring.”

He suddenly began to say please and thank you: “Dada, can I please have that giant mountain Lego set? Thank you.”

And I realized he had started to speak in complete sentences: “Dada, Rex has the giant mountain Lego set.”

“So, you see,” I told my friend, “they adapt very quickly. They change right before your eyes.”

My friend asked: “But how will we know if we pick the right preschool?”

Ah, now that’s the trick. But, ultimately, I believe that there is no right or wrong. Sometimes, however, there is “right” price. I tell him, “It turns out that paying professionals to instruct and watch your toddler at the same time is expensive. Sometimes, the right preschool chooses you.” I recall a pretty trendy daycare back when Hank was about 2. The nice, bespectacled daycare manager said that their waiting list was only 32 months. Kate and I started to take out a series of 529s. Then, we looked elsewhere until we found a place we could afford with a waiting list we could handle.

My pal was persistent. “But what if the preschool we choose is not the right vibe?” I could tell my plan to calm him down had not worked one bit. He was still consumed with making sure Grayson would not feel left out, disconnected or, worse, uninspired.

We millennial dads want our kids’ educational lives to be an extension of our own family ethos and values (however we define them). Perhaps we want our children to have a more traditional, structured pre-K experience. On the other hand, like my friend, you might want your child to roam free, like open majors at Emerson College. There’s no right or wrong.

“The key is getting your child to preschool before puberty,” I told him. Thus, if you are a parent with a career, or if you are simply desperate to have your wonderful child commiserate with other wonderful children, then the first preschool that says “We have an opening next Thursday” might just be the right one for you.

Kate used to laugh at me because I would only judge preschools and daycares on the cheeriness of the kids: “These kids don’t look like they’re learning, but they look like they’re having fun.” Kate would wisely retort, “You know, they could just be telling the kids to smile. Remember? Like that Simpson’s episode where Maggie had to escape from the daycare.” The point here is that parents become irrational when it comes to delivering their precious children into the arms of welcoming preschool teachers.

But kids adapt, meet new pals and, after two weeks, they’re in the swing of the school thing.

Hank started his new school year a few weeks ago. When I asked him, “How was school?” he dismissed me like the “threenager” he is. “I ate and I played,” is all he would say.

I turned to my friend. “Look, don’t worry,” I said. “At the end of the day, all they do is eat and play.” No adaptation required.