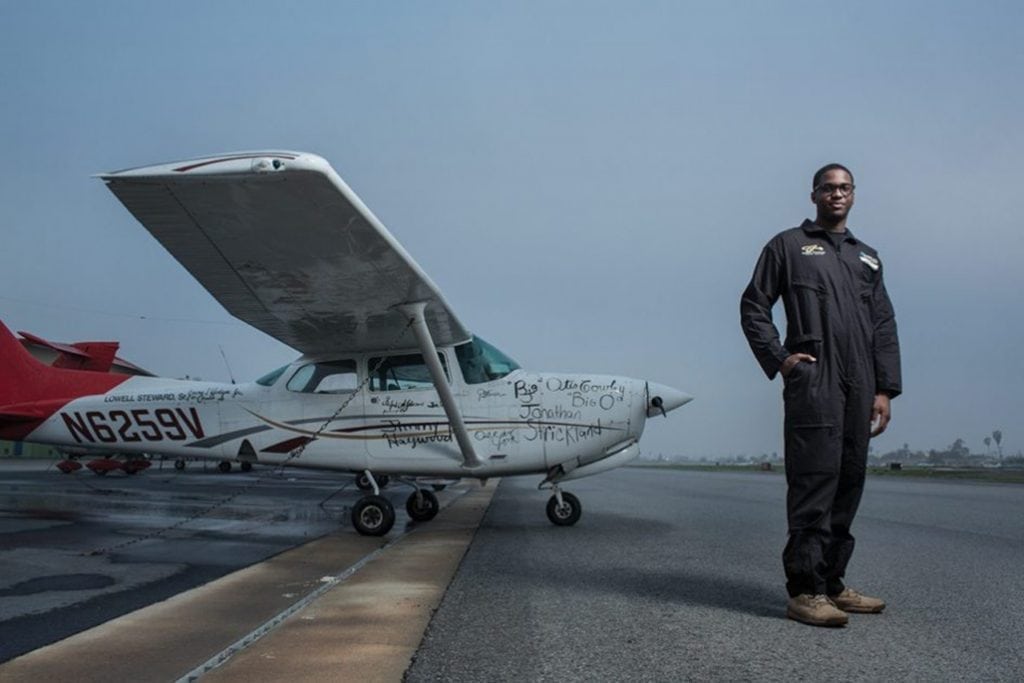 On a recent chilly and rainy day at Compton/Woodley Airport, clusters of middle and high school students buzzed around the facility. Some hung out inside the airport’s Tomorrow’s Aeronautical Museum (TAM), staffing the front desk, lounging on couches or working on computers inside the experiential classroom. Others braved the weather and ventured outside. A few of them settled with ease inside the cockpits of single-engine airplanes.

The tweens and teens are part of TAM’s youth pilot program, which aims to serve as a living classroom in the area by bringing aviation history to life.

High school senior Isaiah Cooper beamed with pride as he pointed to a photo of the Tuskegee Airmen that hangs on the walls of the museum. As a 17-year-old pilot, Cooper says he understands his place among the lineage of known and unknown African American pilots whose mission included sharing their aeronautical knowledge with their peers. Last year, Cooper became the youngest African American to pilot an airplane across the continental U.S. Accompanied by a co-pilot, the Compton native completed the two-week, 8,000-mile cross-country trip at the age of 16, after years of flight training at TAM.

“I’ve been around airplanes my whole life because we’ve always lived across from the Compton/Woodley Airport,” Cooper says. “My mom’s godsister had to do community service at the airport, and she’d take me. First, she’d say, ‘Sit down and don’t touch,’ then she saw that I had an interest in the airplanes. She learned that there was a program teaching us [neighborhood kids] how to fly.”

When Cooper turned 5, his mom, Natalie Knox, enrolled him in an after-school program offered through TAM and run by TAM’s founder and executive director, Robin Petgrave. In 1992, Petgrave founded TAM as a way to motivate and mentor disadvantaged kids, moving the company from Torrance to the 7,000-square-foot hangar at Compton Woodley in 2002. The program has offered a safe haven for youth of many ethnic backgrounds ever since. 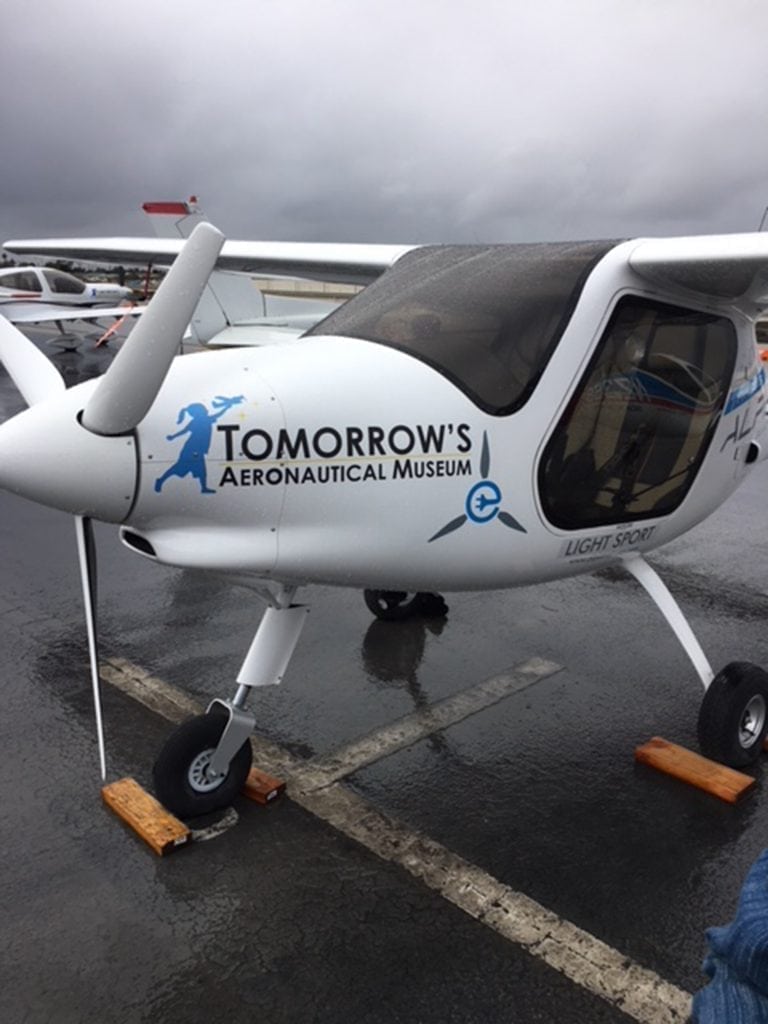 Students feel at home sitting in the cockpits of single-engine aircraft at Compton/Woodley Airport.

“I have a firm belief that because the kids are introduced to aviation at such a young age, they look at things completely differently,” says Petgrave. “It will give them opportunities they never had, and it will allow them to do anything.” The program creates a living classroom where young people learn about the diverse history of aviation. “African Americans contributed a lot to the history of aviation, but it’s not taught in the schools,” Petgrave says. “Kids can come learn about airplanes or get tutored. When they’re doing their work, our software tracks it and we credit them virtual dollars. To take a flight lesson in an airplane or helicopter, they pay with those virtual dollars.”

TAM’s after-school program consists of two core program components. In Aviation Explorers Post 409, young people receive hands-on instruction in aviation career fields and flight lessons in a real aircraft with FAA-certified flight instructors. Fly to Success is a STEM-enrichment program for middle school students that focuses on experiential projects. “The museum is many things to many people,” explains Petgrave. “It’s a place where people can achieve success or give back. Your life can be jump-started [here]. I make an investment in them so they can get a job. It’s not just educating people about the history of aviation, it’s changing the perception of an entire community.”

In the front room of the museum, there are displays of newspaper and magazine clippings about the history of African Americans in aviation. Included are teens who have matriculated through TAM and gone on to educational and career success. Sisters Kimberly and Kelly Anyadike are among them.

Kelly, at 16, became the youngest African American female to pilot four different fixed-wing aircraft in a single day. Kimberly made history when she flew across the U.S. and back at the age of 16. Their media exposure in national publications such as O and the New York Daily News is displayed next to the images of pivotal characters in aviation history, including Bessie Coleman, who became the first African American female pilot in 1921, and Eugene Jacques Bullard, who fought and flew for France during World War I because the U.S. would not allow African Americans to be pilots.

But Cooper’s favorite part is inside the airplane. “Being up in the sky, inside that cockpit, gives me a sense of pure freedom,” he says. “Sometimes being on the streets makes you feel like you’re in a cage, [but] flying is the complete opposite. I love it, and I think more kids like me should become pilots. This experience has given me such a broader perspective on life because I’ve been exposed to so much. I know that education is the key and [so is] staying around positive people who can push you to fly.”