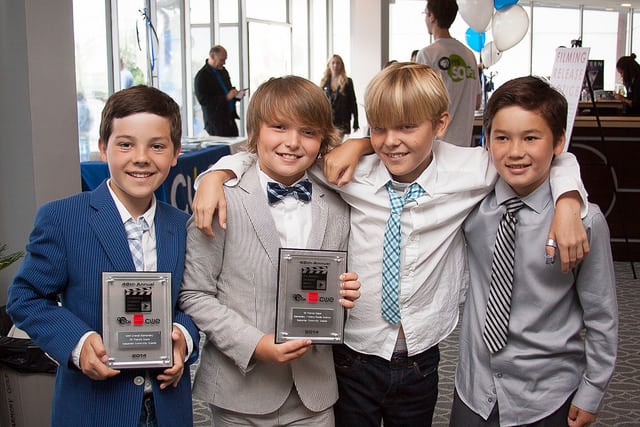 The winners from Carpenter Community Charter Elementary School. PHOTOS BY PBS SoCaL AND THE ART INSTITUTE OF ORANGE COUNTY

Three Los Angeles schools were the Grand Prize Winners at the 48th Annual California Student Media Festival. During the June 7th awards ceremony, held at the Harmony Gold Preview House, 87 awards were presented to 47 elementary and secondary schools from across the state. The festival, presented by on PBS SoCaL and CUE, as well as support from eighth-year presenting sponsor, Wells Fargo, is the nation’s oldest student media festival. 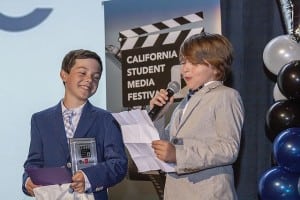 Highlights from the Media Festival will be televised on September 25, 2014 at 7 p.m. on PBS SoCaL. For a complete list of winners and videos, please visit PBS