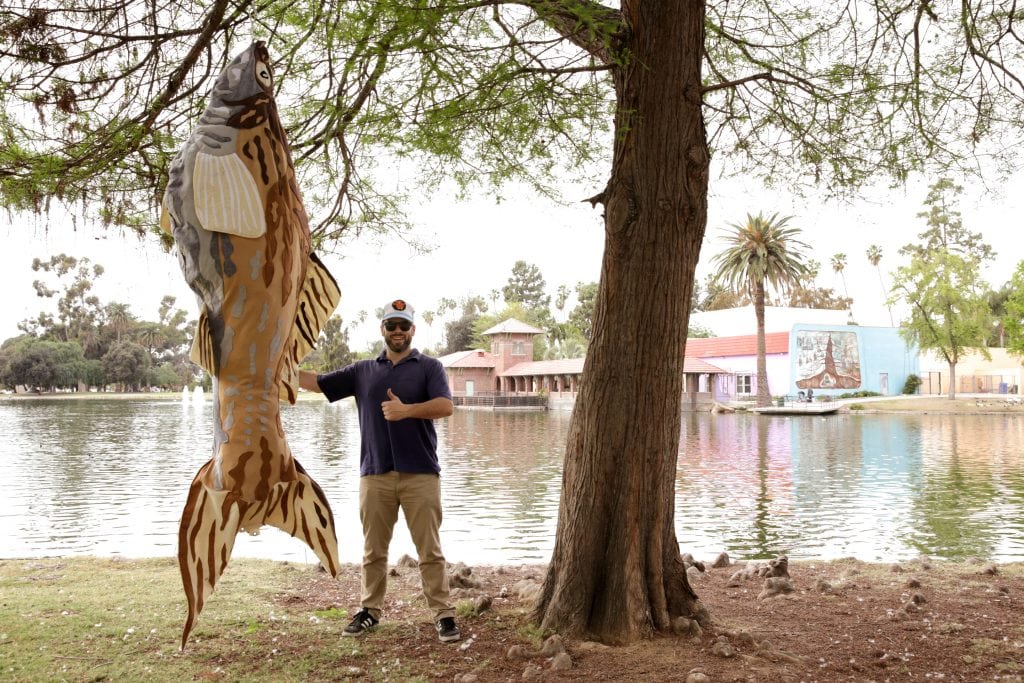 As an artist and sports enthusiast, Billy Kheel enjoyed flexing some creative muscle while taping NBC TV’s “Making It,” a competition crafts series that premiered July 31 and will feature six episodes.

Each episode consists of two projects – a fast, timed round and a longer, themed challenge. Kheel is one of eight contestants from around the country vying for the title of “Master Maker” and a $100,000 grand prize. The artists are using various art media to impress executive producers/hosts Amy Poehler and Nick Offerman and judges Simon Doonan and Dayna Isom Johnson.

Kheel, an L.A.-based appliqué and felt artist, says he was pleasantly surprised to find the show encouraged camaraderie. “I was afraid it would be cutthroat and we’d be stabbing each other with glue sticks,” says Kheel, laughing. “But it was a lot of fun, and I’ve stayed in touch with them. Obviously the hosts are hilarious and down-to-earth cool people. The judges were a fountain of inspiration and ideas.”

Kheel says the show’s fast pace taught him to be more efficient and experimental in his work. “I’ve learned I can get a lot more done in a small window of time,” he says. “The show pushed me to learn new mediums and craft techniques.”

He shares these new skills at local high schools where he is a visiting art teacher. “I taught a class about stained glass. Having the kids go home with something after three hours is great. We’re also joking around and having a good time,” says Kheel.

His work can be found in his Etsy shop, shows and galleries, and he also works on commission for pieces, such as a Michael Jordan tapestry, for special events. 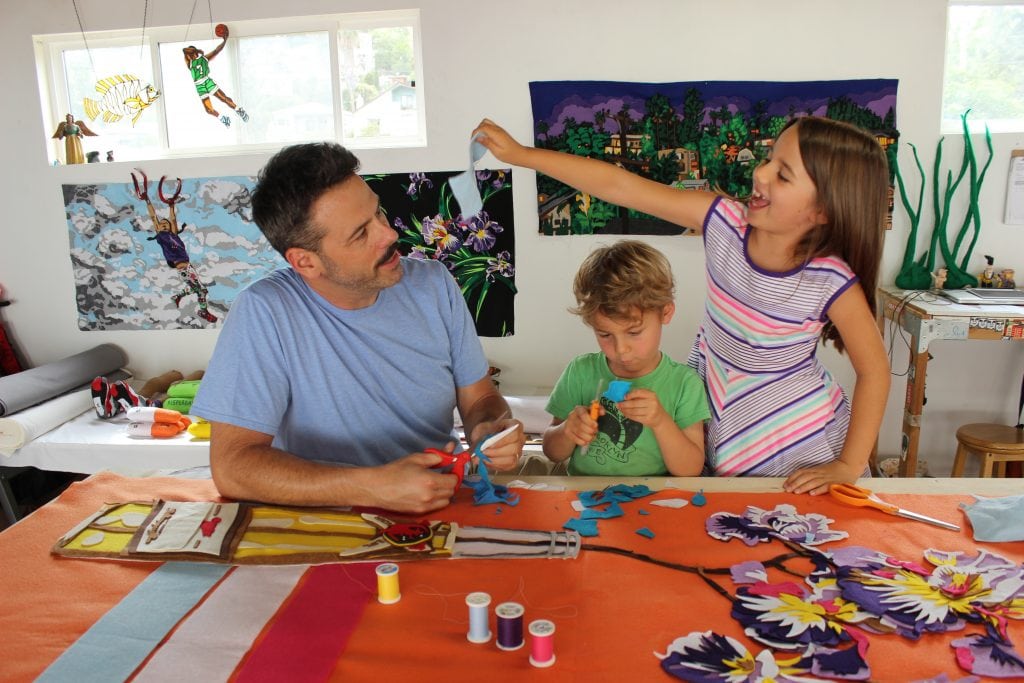 Initially a painter and woodworker, Kheel has a passion for sports (he was captain of his football and lacrosse teams at Wesleyan University) that drew him to appliqué and felt art. The turning point was discovering the L.A. Fashion District, where the fabric and felt reminded him of varsity jackets and sports memorabilia. He learned to sew and started making felt pennants, plush dolls and other projects.

His kids, Mia, 7, and Max, 4, are his biggest inspiration. “I used to rent space, but decided to redo my garage and work here [at home] so my kids can come in and help me if they want. There’s always something for them to do – painting, gluing, assembling,” he says.