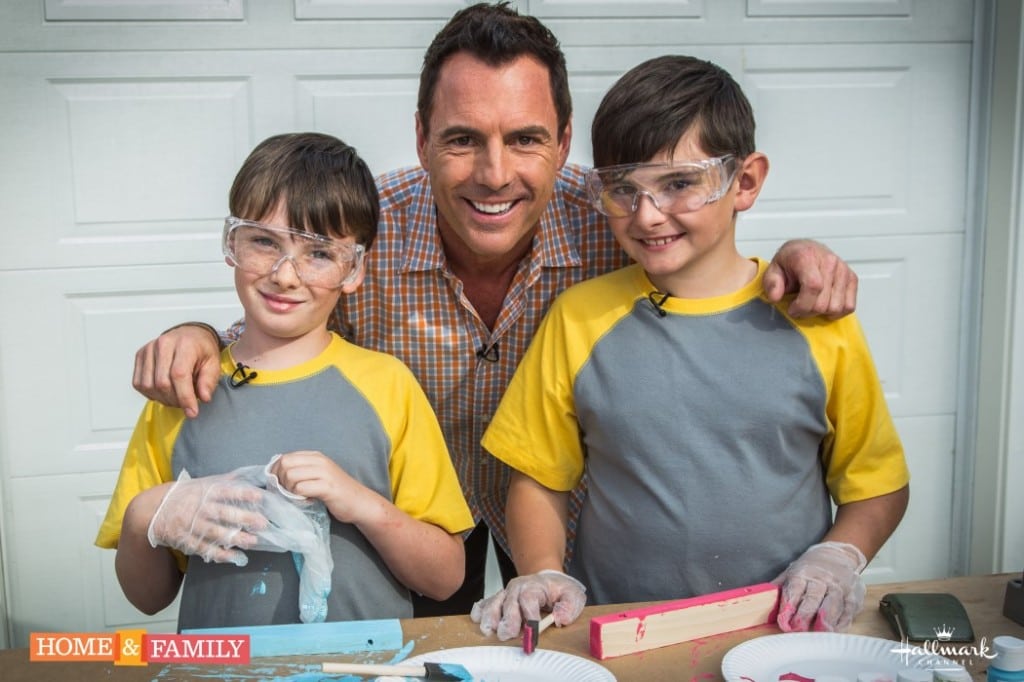 Mark Steines, Emmy Award-winning journalist and father of two, has found his niche as co-host of Hallmark Channel’s “Home and Family.” After 8 years as host of “Entertainment Tonight,” Steines, a DIY and photography enthusiast who refers to the show as a live “tutorial for your life,” enjoys “Home and Family’s” refreshing family atmosphere. The show is shot in an actual house on the Universal Studios lot, where he and Christina Ferrare are the ultimate hosts. (Seriously though, can we come over for dinner?) I chatted with Steines in the “Home and Family” living room, discussing his love of power tools, the importance of family meals and his secret fantasy of moving to Ojai and selling homemade goods at farmers’ markets.

How is hosting this show different from hosting Entertainment Tonight?

There are so many things that are different that I love about “Home and Family,” not that I didn’t love working at ET, but I am more authentic on this show.

We really try to put our own signature on the show. I do the photography around the set and Christina does the flowers. I’ve also modified some of the furniture around the house. We build things during the show, and we try to do DIY projects that are inexpensive that viewers can do on their own. 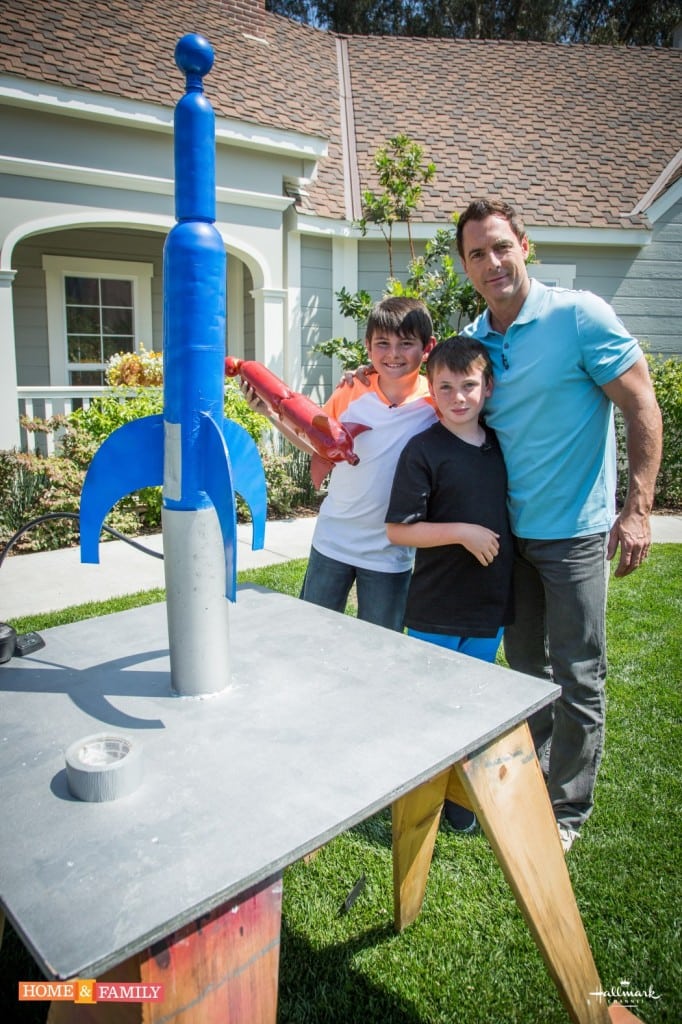 I learn every day [on the show] about cooking for kids. I am not really a foodie, but I have realized how important family meals are. I’ve learned that children tend to be better educated and feel closer to their parents when they make it a point to sit down and have meals together. What I’ve recently started doing is having the boys pick a recipe each week that we can try to cook together.

Kai and I also love tinkering around in the garage and building things. I learned how to use power tools from my dad, and now Kai has the love of building, too. We recently spent a solid week together building a loft.  But even if we aren’t really doing anything, they just want to know that you are in the house.

They have been on the show, too. During [an episode] where we built bottle rockets, I wasn’t sure how they were going to be, but they did very well. They were really themselves.

You grew up in the Midwest. Do you find it difficult to instill the same values that you grew up with in your L.A.-raised kids?

The difficult thing is giving them the freedoms to go out and do things. As much as I can, I try to give them the moments I had growing up.

We try to go to our house in Ojai as much as possible so we can spend more time outside. There was a period of time when we were going every weekend. I fantasize about moving to Ojai when my face stops working for me. I will have a career in photography, and then I will grow a beard and spend my days building stuff and selling it at the farmers’ markets up there.

Since you and your wife split last year, how have you adjusted from married with kids to single dad?

It’s scary, because you are going it alone and you don’t really get a report card until they’re older and their spouse tells you you messed up.

I worry a lot as a single father. I am always going to strive for perfection, and imperfection is what I will get, but I realize it’s a marathon not a sprint. One day you’ll be climbing a mountain and then you hit a valley, but the number-one ingredient is keeping the kids close.

“Home and Family airs at 10 a.m.” weekdays on the Hallmark Channel.